The information set forth in Item 2.03 of this report is incorporated herein by reference.

On January 4, 2021, AdaptHealth LLC (“AdaptHealth”), a wholly owned subsidiary of AdaptHealth Corp. (the “Company”), completed its previously announced offering of $500,000,000 aggregate principal amount of its 4.625% Senior Notes due 2029 (the “Notes”). The Notes were issued under an indenture (the “Indenture”), dated January 4, 2021, among AdaptHealth, the guarantors party thereto and The Bank of New York Mellon Trust Company, N.A., as trustee.

The gross proceeds from the offering, along with the amount of interest that will accrue on the Notes from January 4, 2021 to, but excluding, June 10, 2021 (representing the latest possible special mandatory redemption date based on a Merger Agreement Termination Date (as defined below) of May 31, 2021), were deposited into a segregated escrow account pending completion of the Company’s previously announced acquisition of AeroCare Holdings, Inc. (“AeroCare”), pursuant to an Agreement and Plan of Merger, dated December 1, 2020 (the “Merger Agreement”), among AeroCare, the Company, AH Apollo Merger Sub Inc., AH Apollo Merger Sub II Inc. and Peloton Equity, LLC, as stockholder representative. At the closing of the AeroCare acquisition, the net proceeds from the offering, together with the deposited interest amount, will be released from escrow and, together with secured term loan borrowings, proceeds from an equity issuance and cash on hand, will be used to finance the cash portion of the consideration for the AeroCare acquisition and to pay related fees and expenses. The gross proceeds from the offering replace the bridge commitment received from Jefferies Finance LLC in connection with funding the AeroCare acquisition.

If (i) the escrow release conditions, including the consummation of the AeroCare acquisition, have not been satisfied on or prior to the later of (a) May 31, 2021 and (b) any date to which the “Outside Date” under the Merger Agreement has been extended (such later date, the “Merger Agreement Termination Date”), or (ii) the Company has determined, in its reasonable judgment, that the escrow release conditions will not be satisfied by the Merger Agreement Termination Date, the Notes will be subject to a special mandatory redemption at a redemption price equal to 100% of the issue price of the Notes, plus accrued and unpaid interest to, but excluding, the special mandatory redemption date.

The Notes are unsecured senior obligations of AdaptHealth and rank equally in right of payment to all of its existing and future senior debt, including its existing $350,000,000 aggregate principal amount of 6.125% senior notes due 2028, and senior in right of payment to all of its future subordinated debt. The Notes are effectively subordinated to any of AdaptHealth’s existing and future secured debt, including (i) its credit agreement, dated as of July 29, 2020 (“Credit Agreement”), by and among AdaptHealth, the guarantors party thereto and Regions Bank, as administrative agent, providing for a $200 million revolving credit line and $250 million in term loans and (ii) any additional secured term loans (including to finance the AeroCare acquisition) (together with the Credit Agreement, the “Credit Facilities”), to the extent of the value of the assets securing such debt.

The Notes are guaranteed by each of AdaptHealth’s existing and future subsidiaries (including AeroCare and its subsidiaries after the consummation of the AeroCare acquisition) that is a borrower or that guarantees its obligations under its Credit Facilities or certain other indebtedness, and by AdaptHealth’s direct parent, AdaptHealth Intermediate Holdco LLC (“AdaptHealth Intermediate”), which also guarantees its obligations under its Credit Facilities. The Notes will mature on August 1, 2029. Interest on the Notes will be payable on February 1 and August 1 of each year, beginning on August 1, 2021. 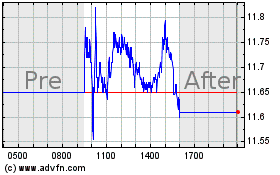