NanoViricides, Inc. (NYSE MKT:NNVC) (the "Company") reports that it has initiated the initial non-GLP toxicology evaluation of its optimized injectable FluCide® drug candidate. This study is an important step in the drug development pathway for FluCide. The Company previously had a pre-IND meeting with the U.S. FDA to discuss and receive guidance on the FluCide drug development pathway.

The non-GLP safety and toxicology study was begun in late September at KARD Scientific in Massachusetts. The results of this study will provide the basis and focus for the IND-enabling GLP safety and toxicology studies of FluCide that are required for the IND submission to the U.S. FDA. These IND-enabling GLP safety and toxicology studies will be performed by BASi Toxicology Services in West Lafayette, IN. The Company has previously reported that its FluCide candidate was highly effective in animal models of different influenza A virus strains. In those efficacy studies of FluCide, no safety or toxicology concerns were observed. As a result, the required quantity estimated for GLP safety/tox study is much larger than our current synthesis capability. The Company has undertaken process development, scale-up, chemistry optimization and control program to enable large scale synthesis of FluCide in a reproducible manner. This work is currently in progress.

The Company is considering two separate indications for this injectable FluCide drug. The first is hospitalized patients with severe influenza. In the USA, there are approximately 300,000 severe influenza cases that require hospitalization every year resulting in approximately 40,000 to 50,000 deaths. A pandemic would increase those numbers by an order of magnitude.

There is a well known unmet medical need for treatment of these hospitalized patients as current influenza treatments have limited effectiveness because of the severity of the infection. A highly effective drug should receive rapid widespread acceptance.

The second planned indication would be for outpatients with influenza. The Company is hopeful that the outpatient treatment will likely be a single, small injection, at the first clinical visit with no follow-on treatment needed. During the 2009 H1N1 “swine flu” pandemic, there were approximately 61 million cases of out-patient influenza in the USA alone. A single course treatment for out-patients is a highly sought after goal in influenza therapeutics.

The market size for anti-influenza drugs is currently estimated to be in several billions of dollars worldwide. The Company believes that if its FluCide® drug becomes available, the influenza drug market size could become substantially higher. The market size for over the counter (OTC) medications for control of influenza symptoms alone is approximately $2.1 billion dollars annually in the USA, and about £0.5 billion (about $1 billion) in the UK (source: http://www.mintel.com/press-centre/press-releases/410/consumers-cough-up-for-remedies-as-flu-season-starts-early). Similar large market sizes are reported for other countries across the globe. It is well known that when an effective treatment for a disease becomes available, the market size explodes and the novel effective treatment captures a substantial portion of the market.

NanoViricides, Inc. (www.nanoviricides.com) is a development stage company that is creating special purpose nanomaterials for viral therapy. The Company's novel nanoviricide® class of drug candidates are designed to specifically attack enveloped virus particles and to dismantle them. The Company is developing drugs against a number of viral diseases including H1N1 swine flu, H5N1 bird flu, seasonal Influenza, HIV, oral and genital Herpes, viral diseases of the eye including EKC and herpes keratitis, Hepatitis C, Rabies, Dengue fever, and Ebola virus, among others.

This press release contains forward-looking statements that reflect the Company's current expectation regarding future events. Actual events could differ materially and substantially from those projected herein and depend on a number of factors. Certain statements in this release, and other written or oral statements made by NanoViricides, Inc. are “forward-looking statements” within the meaning of Section 27A of the Securities Act of 1933 and Section 21E of the Securities Exchange Act of 1934. You should not place undue reliance on forward-looking statements since they involve known and unknown risks, uncertainties and other factors which are, in some cases, beyond the Company's control and which could, and likely will, materially affect actual results, levels of activity, performance or achievements. The Company assumes no obligation to publicly update or revise these forward-looking statements for any reason, or to update the reasons actual results could differ materially from those anticipated in these forward-looking statements, even if new information becomes available in the future. Important factors that could cause actual results to differ materially from the company's expectations include, but are not limited to, those factors that are disclosed under the heading "Risk Factors" and elsewhere in documents filed by the company from time to time with the United States Securities and Exchange Commission and other regulatory authorities. Although it is not possible to predict or identify all such factors, they may include the following: demonstration and proof of principle in pre-clinical trials that a nanoviricide is safe and effective; successful development of our product candidates; our ability to seek and obtain regulatory approvals, including with respect to the indications we are seeking; the successful commercialization of our product candidates; and market acceptance of our products. 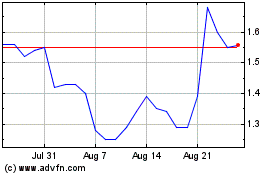 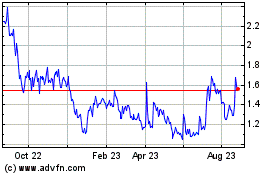 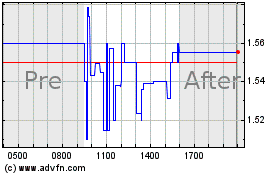