This article is being republished as part of our daily reproduction of WSJ.com articles that also appeared in the U.S. print edition of The Wall Street Journal (June 30, 2020).

TOKYO -- The U.S. is making it tougher for American companies to help China roll out superfast cellular networks. But companies in Japan, a U.S. ally, are fueling China's leap ahead and making money doing it.

By the end of the year, China plans to deploy more than a half-million base stations in its $150 billion push to blanket the nation with fifth-generation cellular service, often with equipment from national champion Huawei Technologies Co.

"The Chinese government is enthusiastically promoting the spread of 5G. It's a very promising market for our parts," said Tsuneo Murata, chairman of electronic-component maker Murata Manufacturing Co.

Supplying parts and materials to global technology companies is bread-and-butter business for Japan since most of its consumer-electronics brands have faded.

With the U.S. and China battling over tech hegemony and the U.S. government weighing intervention in the private sector to block Huawei, Japan is trying to supply both sides, while avoiding political land mines. The question is how long Japan, whose territory is protected by U.S. forces, and other U.S. allies such as Germany and South Korea can keep up the business.

"When the U.S. first went forward with export controls, its regulations mostly affected U.S. companies. But over the past year, the U.S. has started to recognize that companies like Huawei are still getting all of this technology," said Wendy Cutler, a former top U.S. trade negotiator now at the Asia Society.

The "drumbeat of export controls" could soon reach U.S. allies, she said. "If you look at the announcements holistically, it's clear where we're going."

In May, the Trump administration said it would impose export restrictions designed to cut off Huawei from overseas suppliers, largely targeting Taiwan Semiconductor Manufacturing Co.'s sale of semiconductors to Huawei's HiSilicon unit.

For now, China remains one of the few healthy sources of profit for Japanese companies suffering from the impact of the coronavirus. Anritsu Corp., whose machines measure whether 5G equipment such as base stations are functioning properly, saw its operating profit rise 75% in the latest quarter compared with a year earlier, thanks to strong 5G-related demand in China and the greater Asia region.

"For us, demand from China has been increasing as China's smartphone suppliers sell products to a larger and larger global audience," said Takeshi Shima, an Anritsu senior vice president.

Although Beijing has promoted a "buy China" policy with the goal of strengthening manufacturing in the country, many Japanese parts suppliers have embedded themselves in the Chinese supply chain for years and steadily make money.

Chinese companies still rely on Japanese suppliers that also do business in the U.S., Jefferies analyst Sho Fukuhara said. "With the U.S. not wanting Chinese goods and China not wanting U.S. goods, that leaves Japan to benefit from both sides," he said.

Murata produces a speck-sized component called a multilayer ceramic capacitor that helps control the flow of electricity and stores power for semiconductors. It is used in everything from smartphones to cars. A typical 5G base station would require about 15,000 of the parts, according to capacitor makers.

Murata said its orders for capacitors rose by nearly 50% in the January-March quarter compared with a year earlier, thanks to 5G gear.

Many of those obscure-but-critical parts are going to Huawei, China's top maker of smartphones and 5G equipment. Huawei Chairman Liang Hua said last November that the company was on track to procure about $10 billion in parts from Japan in 2019. With such procurement, "currently we can ship core products to our customers in a timely manner, without relying on U.S. components," he said.

Washington policy makers fear that if China seizes the lead in building out a large, reliable 5G network, it could export more of its gear to other countries, which could become dependent on China. Beijing could also get a head start in new technologies powered by faster wireless speeds such as driverless cars.

A congressionally mandated report early this year by the Center for a New American Security said the U.S. should expand curbs on sales to Huawei's 5G systems to cover sales by foreign companies. "Choking off Huawei's ability to purchase international parts and not just U.S.-origin equipment for 5G network equipment would create significant operational challenges to Huawei's efforts to build such networks," the report said.

One tool the U.S. is considering is to make it even harder for companies outside the U.S. to use American parts when supplying Huawei, said Martin Chorzempa, research fellow at the Peterson Institute for International Economics.

The risk, he said, is a "de-Americanization" of global supply chains in which foreign companies avoid American technology altogether so as not to trip U.S. export controls.

That is why the Trump administration, when it announced Huawei-related restrictions in May, went with a narrower rule change targeted at chips, Mr. Chorzempa said. Semiconductors were seen as the best choke point to hit Huawei's development, he said, but for now, the rules leave room for suppliers of other parts to keep selling to Huawei.

Panasonic Corp., for one, is expanding its factory in the southern Chinese city of Guangzhou, where it produces materials for circuit boards used in devices such as 5G routers.

At the same time, companies are bracing for tighter regulation. At Anritsu, the measuring-instrument maker, Mr. Shima said he was trying to figure out how much the company would be affected by U.S. rules. "Japanese companies are going to have to look carefully at what exactly is being said," he said.

Write to River Davis at River.Davis@wsj.com 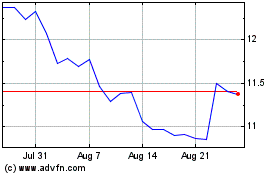 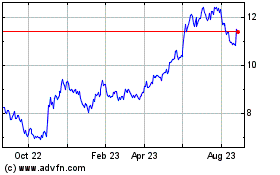 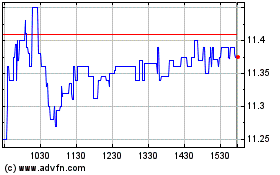