Activist investor Elliott Management Corp. is urging Duke Energy Corp. to consider separating into three companies, in what would be a major transformation of one of the nation's biggest utilities.

Elliott is seeking board seats at Duke and wants the company to form a strategic-review committee that would explore the possibility of a tax-free separation of the utility into three companies, it said in a letter to Duke's board that it released Monday. The three companies would be based on the three major geographies it serves: the Carolinas, Florida and parts of the Midwest.

The Wall Street Journal reported on Elliott's plans earlier Monday after previously reporting that Elliott had a stake in Duke and was agitating for change. Elliott told Duke in the letter that it is one of its 10-largest shareholders, which would put the stake above $900 million.

Elliott said in the letter that the company's noncontiguous profile puts a "conglomerate discount" on Duke's shares, which it estimated to be a difference of at least $12 billion. It also argued that Duke's customers would be better served by locally managed utilities.

Duke has previously cited its progress over the past year, including settling rate cases and coal ash litigation and accelerating its clean-energy efforts.

In recent months, Moody's Investors Service and others have lowered Duke's long-term debt rating, partly in response to the recent settlement of litigation concerning the cleanup of ash from the company's coal-fired plants.

NextEra Energy Inc., the largest public utility in the U.S., made a takeover approach to Duke that was rebuffed. It subsequently made another approach about a deal for just Duke Energy Florida, the Journal has reported.

Elliott, which has more than $40 billion under management, has a long record of investing in power and utility companies. It previously targeted companies including Evergy Inc. and Sempra Energy. 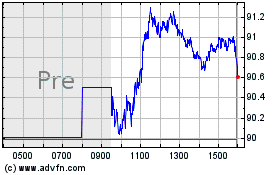