No matter what food companies serve up these days, investors seem to be left unsatisfied.

General Mills reported excellent results Thursday. Net sales during the quarter ended Nov. 29 rose 7% from a year earlier. This was led by 18% sales growth for both its pet-food segment and North America meals and baking, which includes brands such as Progresso soup and Pillsbury biscuits. Earnings per share rose 17% to $1.11, well past analyst expectations for 97 cents, according to FactSet.

Yet shares were only slightly higher in Thursday morning trading. Last week, Campbell Soup's stock fell after it reported similarly strong figures. Investors are refusing to believe that the good times can last once Americans start commuting to work again, restaurants fully reopen, and more meals are again consumed outside the home.

For months, food companies have presented a well-reasoned case why at least some of the sales boost will persist. Families that have invested in new kitchen equipment and learned new cooking skills are likely to keep on cooking, they argue. Yet investors remain unconvinced. General Mills is up around 10% so far this year, compared with a 15% rise in the S&P 500. Campbell is down by about 5%.

On Thursday's conference call, General Mills Chief Executive Jeff Harmening bolstered the argument, pointing to real-world evidence from two countries where the worst of the pandemic has already passed: China and Australia. General Mills owns a Chinese frozen dumpling brand, Wanchai Ferry, which is still seeing double-digit sales growth five or six months after lockdowns in the country have ended, he said.

"Consumer eating habits aren't going to go back where they were before," he said.

Investor skepticism about food stocks is starting to make them look like outright bargains compared with other pandemic winners such as Clorox and Procter & Gamble, which are trading at 25 and 24 times forward earnings respectively, according to FactSet. By contrast, General Mills goes for 16 times forward earnings, and Campbell just 15 times. Yet it seems just as likely, if not more so, that sales of soups and baking mixes will stay elevated after the pandemic as disinfecting wipes and toilet paper.

For those looking for income in a zero-rate world, food stocks offer better payouts as well. General Mills and Campbell yield 3.4% and 3.1%, respectively, compared with 2.2% and 2.3% for Clorox and P&G.

Food stocks are shaping up to be one of the rare value plays in today's market. Investors should consider coming back to the table.

Write to Aaron Back at aaron.back@wsj.com 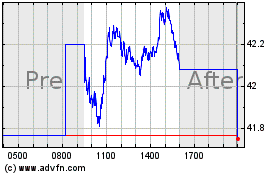