In addition, the Amendment amends certain provisions related to obtaining the Clearances, the timing of the closing date and the obligations of the parties with respect to the debt financing contemplated in connection with the Acquisition and provides for the automatic termination of the Implementation Agreement if the closing has not occurred by the Long Stop Date.

The foregoing description of the material terms of the Amendment does not purport to be complete and is qualified in its entirety by reference to the full text of the Amendment, which is furnished hereto as Exhibit 2.1 and is incorporated herein by reference.

The Acquisition has received the approval from 12 out of 13 global antitrust regulatory authorities. The parties are continuing to work constructively with the State Administration of Market Regulation in China with respect the remaining regulatory approval. Completion of the Acquisition is also subject to obtaining the required sanction of the Scheme by the Royal Court of Jersey and satisfaction of customary closing conditions. On April 1, 2022, the Company issued a press release regarding the matters discussed above. A copy of the press release is furnished as Exhibit 99.1 hereto.

On April 1, 2022, the Company issued a press release announcing the release date for its financial and operating results for the fourth quarter and year ended December 31, 2021. A copy of the press release is furnished as Exhibit 99.2 hereto.

Statements in this document regarding the proposed transaction between the Company and MKS, the expected timetable for completing the transaction, future financial and operating results, benefits and synergies of the transaction, future opportunities for the combined company and any other statements about the Company’s or MKS’ managements’ future expectations, beliefs, goals, plans or prospects constitute forward-looking statements within the meaning of the Private Securities Litigation Reform Act of 1995, Section 27A of the Securities Act of 1933 and Section 21E of the Securities Exchange Act of 1934. These statements are only predictions based on current assumptions and expectations. Actual events or results may differ materially from those in the forward-looking

statements set forth herein. Among the important factors that could cause actual events to differ materially from those in the forward-looking statements are the ability of the parties to complete the transaction; the risk that the conditions to the closing of the transaction, including receipt of required regulatory approvals and approval of the Company’s shareholders, are not satisfied in a timely manner or at all; the terms of MKS’ existing term loan, the terms and availability of financing for the transaction; the substantial indebtedness MKS expects to incur in connection with the transaction and the need to generate sufficient cash flows to service and repay such debt; litigation relating to the transaction; unexpected costs, charges or expenses resulting from the transaction; the risk that disruption from the transaction materially and adversely affects the respective businesses and operations of the Company and MKS; restrictions during the pendency of the transaction that impact the Company’s or MKS’ ability to pursue certain business opportunities or other strategic transactions; the ability of MKS to realize the anticipated synergies, cost savings and other benefits of the transaction, including the risk that the anticipated benefits from the transaction may not be realized within the expected time period or at all; competition from larger or more established companies in the companies’ respective markets; MKS’ ability to successfully grow the Company’s business; potential adverse reactions or changes to business relationships resulting from the announcement, pendency or completion of the transaction; the ability of MKS to retain and hire key employees; legislative, regulatory and economic developments, including changing conditions affecting the markets in which the Company and MKS operate, including the fluctuations in capital spending in the semiconductor industry and other advanced manufacturing markets and fluctuations in sales to the Company’s and MKS’ existing and prospective customers; the challenges, risks and costs involved with integrating the operations of the companies the Company and MKS acquire; the impact of the COVID-19 pandemic and related private and public measures on the Company’s business; the ability of MKS to anticipate and meet customer demand; manufacturing and sourcing risks, including supply chain disruptions and component shortages; potential fluctuations in quarterly results; dependence on new product development; rapid technological and market change; acquisition strategy; volatility of stock price; international operations, including, but not limited to, disruptions relating to the Russian invasion of Ukraine; financial risk management; and the other factors described in the Company’s Annual Report on Form 20-F for the year ended December 31, 2020, its forthcoming Annual Report on Form 20-F for the year ended December 31, 2021, and any subsequent Report of Foreign Private Issuer on Form 6-K, as filed with the U.S. Securities and Exchange Commission (the “SEC”) as well as MKS’ Annual Report on Form 10-K for the fiscal year ended December 31, 2020 and any subsequent Quarterly Reports on Form 10-Q filed with the SEC. The Company and MKS are under no obligation to, and expressly disclaims any obligation to, update or alter these forward-looking statements, whether as a result of new information, future events or otherwise after the date of this document.

Any vote in respect of resolutions to be proposed at Company shareholder meetings to approve the proposed transaction, the Scheme Document or related matters, or other responses in relation to the proposed transaction, should be made only on the basis of the information contained in the Scheme Document. Shareholders may obtain a free copy of the Scheme Document and other documents the Company files with the SEC (when available) through the website maintained by the SEC at www.sec.gov. The Company makes available free of charge on its investor relations website at investors.atotech.com copies of materials it files with, or furnishes to, the SEC.

This communication is for information purposes only and is not intended to and does not constitute, or form part of, an offer, invitation or the solicitation of an offer or invitation to purchase, otherwise acquire, subscribe for, sell or otherwise dispose of any securities, or the solicitation of any vote or approval in any jurisdiction, pursuant to the proposed transaction or otherwise, nor shall there be any sale, issuance or transfer of securities in any jurisdiction in contravention of applicable law. 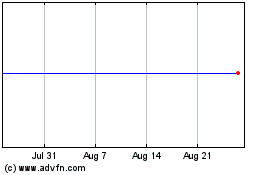 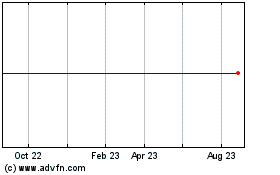 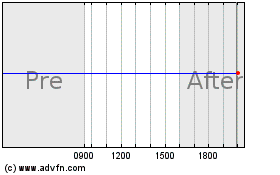