WellPoint Inc. (WLP), the largest U.S. managed-care concern by membership, made it harder last year for its members to gain approval for use of the Boniva osteoporosis drug after internal research linked it to higher fracture rates, lower patient compliance and higher total costs of care than two other drugs, a WellPoint executive said Thursday.

WellPoint, which conducts its own research into the comparative effectiveness of various treatments, studied 26,000 members on osteoporosis drugs. The health insurer sought to compare Boniva, which is marketed by Roche Holding AG's (RHHBY) Genentech and GlaxoSmithKline PLC (GSK), with two others in the same class. The others were Actonel, marketed by Sanofi-Aventis SA (SNY) and Warner Chilcott PLC (WCRX), and Merck & Co.'s (MRK) Fosamax.

From randomized clinical trials, it appeared the three drugs should be equivalent, yet WellPoint's data on results with its members found differences with Boniva, said the company's chief pharmacy officer, Brian Sweet, who was participating in an industry symposium on comparative-effectiveness research.

As a result, WellPoint requires that members with osteoporosis try other drugs in the class before they can be approved for Boniva. The drug remains where it was in the company's formulary, or list of covered drugs, on tier 3, which is a nonpreferred level. Fosamax, which has a generic equivalent, and Actonel elicited better prescription compliance and had lower fracture rates and total costs of care, even though Boniva's cost was attractive, according to Sweet.

WellPoint made the change in mid-2009, according to a company spokeswoman. A GlaxoSmithKline spokeswoman referred a request for comment to a spokesman for Genentech, who wasn't immediately available.

Last month, WellPoint announced it had developed standardized comparative effectiveness research, or CER, guidelines to evaluate drugs' ability to improve health outcomes. This type of research has come into the spotlight as the nation prepares to implement an overhaul of its health-coverage laws.

The economic stimulus bill provided more than $1 billion for CER, and the Obama administration supports the use of such data to help doctors and patients make informed health-care decisions.

Earlier this year, the Food and Drug Administration said it was conducting a safety review of bone-building drugs known as bisphosphonates--the class that includes Boniva, Actonel and Fosamax--to see whether they increase the risk of femur fractures.

At the time, the agency said the data it had reviewed hadn't shown a clear connection between use of the drugs and atypical fractures of the thigh bone; two medical studies presented around then, however, suggested that long-term use might increase the risk and adversely affect bone quality.

Health insurer Aetna Inc. (AET) said that on its open-formulary plans, Boniva is a Tier-3, or nonpreferred, drug with requirements to try Actonel and generic Fosamax first. Cigna Corp. (CI), in contrast, lists Boniva as a preferred osteoporosis drug, with Fosamax and Actonel nonpreferred.

WellPoint says it uses such research to complement data from randomized clinical trials that evaluate drug safety and effectiveness, which it primarily uses in designing its drug formulary.

After a company clinical review committee of physicians evaluates clinical trial data and ranks drugs--without seeing any cost information--they pass their findings to another company panel of doctors that looks at other types of studies, Sweet said. Data is next reviewed by a value-assessment committee that examines total cost of care, he said.

"These studies really help us to add to the literature and evidence around randomized clinical trials," which don't always provide enough information on health safety and outcomes, Sweet said. 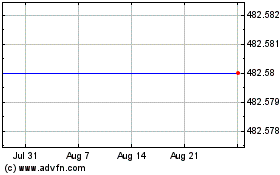 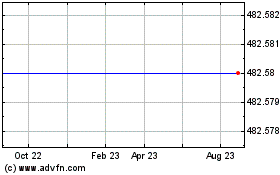 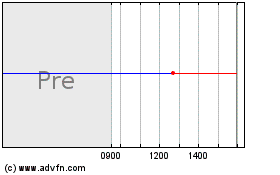