Ever since Canada legalized pot for recreational use in late 2018, Canadian cannabis stocks have grossly underperformed their counterparts in the U.S. Cannabis is a highly regulated industry which meant the rollout of retail store licenses was slower than expected in major Canadian provinces. This in turn led to oversupply issues that impacted inventory levels and profit margins of cannabis producers. Further, the top-line of companies has been hurt by a thriving black market as well as rising competition in this nascent industry.

While Canadian companies are grappling with multiple structural issues, the rapidly expanding cannabis market continues to attract investors. In case, marijuana is legalized at the federal level in the U.S., investors can expect pot stocks to soar and touch record highs.

Aurora Cannabis stock is down 95% from record highs

One of the worst-performing stocks on the TSX in the last two years is Aurora Cannabis. In fact, ACB stock is currently trading at $7.19 which is 95% below its all-time highs. ACB stock went on an acquisition spree just after Canada legalized marijuana and it bought companies at a hefty premium.

In the fiscal fourth quarter of 2020 that ended in June, Aurora Cannabis reported a goodwill impairment charge of CA$1.6 billion. Goodwill is basically the difference between the acquisition price and the book value of a company. So, in case a company with a book value of $100 million gets acquired for $120 million, the acquiring company will have $20 million as goodwill on its balance sheet.

It means a goodwill impairment charge occurs when a company pays a premium to acquire assets of another company and the value of these assets deteriorates over time bringing the value of goodwill lower.

Goodwill impairment is a non-cash charge but Aurora’s staggering write-down does raise a few questions over the decision-making ability of the company’s leadership team.

ACB has also diluted shareholder value at an alarming rate. Between June 2014 and March 2021, the company has increased its outstanding share count from 1.3 million to 198 million, raising capital via multiple equity issuances.

In the last few quarters, Aurora Cannabis has looked to improve its profit margins by lowering production capacity, shifting its product mix, and reducing its workforce. ACB also sold off certain assets and had first promised investors it would turn profitable on an adjusted basis in the September quarter of 2020. However, in the March quarter, Aurora Cannabis disappointed investors yet again and reported an adjusted EBITDA loss of $24 million.

Sundial Growers is valued at a market cap of $1.36 billion

Sundial Growers went public less than two years back. The company sold 11 million shares priced at $13 per share in the IPO, raising $143 million in the process. Currently SNDL stock is trading at a paltry $0.7263 per share.

In Q1 Sundial reported a negative gross margin of CA$3.45 million. Its gross margins were negative even if we exclude adjustments for fair value and impairments.

Sundial however confirmed it is reducing its product line and liquidating low-margin items to reduce losses. While its net loss was a hurtful CA$134.4 million, SNDL reported an adjusted EBITDA profit of CA$3.3 million. The company reduced its operating expenses by 35% year over year as well in Q1.

We can see SNDL and ACB have a lot of unanswered questions right now. While the two companies are part of fast-growing markets, the top-line growth has been lackluster in the last few quarters. Further, their losses might narrow going ahead due to cost initiatives rather than operating leverage.

Aurora Cannabis and Sundial Growers need to deliver on their promises, execute on management goals and report better than expected numbers to regain investor confidence. 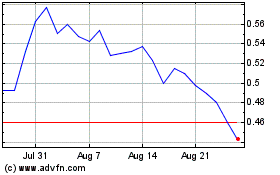 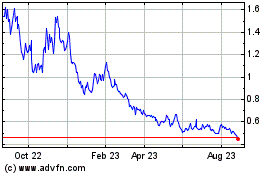 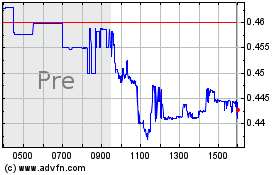