On September 28, 2020, Ameris Bancorp (the “Company”) completed the issuance and sale (the “Offering”) of $110,000,000 in aggregate principal amount of its 3.875% Fixed-to-Floating Rate Subordinated Notes due 2030 (the “Notes”). The Notes will initially be treated as Tier 2 capital for bank regulatory purposes.

The Notes were issued pursuant to the Subordinated Debt Indenture, dated as of March 13, 2017 (the “Base Indenture”), between the Company and Wilmington Trust, National Association, as trustee (the “Trustee”), as amended and supplemented by the Third Supplemental Indenture, dated as of September 28, 2020 (the “Supplemental Indenture” and, together with the Base Indenture, the “Indenture”), between the Company and the Trustee.

The foregoing summary of the terms of the Underwriting Agreement, the Indenture and the Notes does not purport to be complete and is subject to, and qualified in its entirety by, the full text of (i) the Underwriting Agreement, (ii) the Base Indenture, (iii) the Supplemental Indenture and (iv) the form of the Notes, each of which is attached hereto as an exhibit and is incorporated herein by reference.

The information set forth in Item 1.01 above is incorporated by reference into this Item 2.03.

On September 23, 2020, the Company issued a press release announcing the pricing of the Offering of the Notes. A copy of the press release is attached hereto as Exhibit 99.1 and is incorporated herein by reference.

On September 28, 2020, the Company issued a press release announcing the completion of the Offering of the Notes. A copy of the press release is attached hereto as Exhibit 99.2 and is incorporated herein by reference.

Pursuant to the requirements of the Securities Exchange Act of 1934, as amended, the registrant has duly caused this report to be signed on its behalf by the undersigned, hereunto duly authorized. 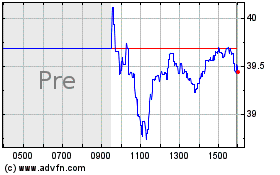