On August 4, 2021, The GEO Group, Inc. (“GEO” or the “Company”) issued a press release (the “Earnings Press Release”) announcing its financial results for the quarter and six months ended June 30, 2021, and increasing its financial guidance for the full-year 2021. A copy of the Earnings Press Release is furnished hereto as Exhibit 99.1. GEO also held a conference call on August 4, 2021 to discuss these matters, a transcript of which is furnished hereto as Exhibit 99.2.

Given the nature of GEO’s business as a real estate owner and operator, GEO believes that EBITDAre and Adjusted EBITDAre are helpful to investors as measures of its operational performance because they provide an indication of its ability to incur and service debt, to satisfy general operating expenses, to make capital expenditures and to fund other cash needs or reinvest cash into its business. GEO believes that by removing the impact of its asset base (primarily depreciation and amortization) and excluding certain non-cash charges, amounts spent on interest and taxes, and certain other charges that are highly variable from year to year, EBITDAre and Adjusted EBITDAre provide its investors with performance measures that reflect the impact to operations from trends in occupancy rates, per diem rates and operating costs, providing a perspective not immediately apparent from net income attributable to GEO. The adjustments GEO makes to derive the non-GAAP measures of EBITDAre and Adjusted EBITDAre exclude items which may cause short-term fluctuations in income from continuing operations and which GEO does not consider to be the fundamental attributes or primary drivers of its business plan and they do not affect GEO’s overall long-term operating performance. EBITDAre and Adjusted

EBITDAre provide disclosure on the same basis as that used by GEO’s management and provide consistency in its financial reporting, facilitate internal and external comparisons of its historical operating performance and its business units and provide continuity to investors for comparability purposes.

Funds From Operations, or FFO, is defined in accordance with standards established by the National Association of Real Estate Investment Trusts, or NAREIT, which defines FFO as net income/loss attributable to common shareholders (computed in accordance with United States Generally Accepted Accounting Principles), excluding real estate related depreciation and amortization, excluding gains and losses from the cumulative effects of accounting changes, extraordinary items and sales of properties, and including adjustments for unconsolidated partnerships and joint ventures.

Normalized Funds from Operations, or Normalized FFO, is defined as FFO adjusted for certain items which by their nature are not comparable from period to period or that tend to obscure GEO’s actual operating performance, including for the periods presented gain on the extinguishment of debt, pre-tax, start-up expenses, pre-tax, one-time employee restructuring expenses, pre-tax, COVID-19 expenses, pre-tax, close-out expenses, pre-tax, and tax effect of adjustments to FFO. Adjusted Funds From Operations, or AFFO, is defined as Normalized FFO adjusted by adding non-cash expenses such as non-real estate related depreciation and amortization, stock based compensation expense, the amortization of debt issuance costs, discount and/or premium and other non-cash interest, and by subtracting recurring consolidated maintenance capital expenditures and other non-cash revenue and expenses.

Because of the unique design, structure and use of its GEO Secure Services and GEO Care facilities, the Company believes that assessing the performance of its secure facilities, processing centers, and reentry centers without the impact of depreciation or amortization is useful and meaningful to investors. Although NAREIT has published its definition of FFO, companies often modify this definition as they seek to provide financial measures that meaningfully reflect their distinctive operations. GEO has modified FFO to derive Normalized FFO and AFFO that meaningfully reflect its operations.

GEO’s assessment of its operations is focused on long-term sustainability. The adjustments GEO makes to derive the non-GAAP measures of Normalized FFO and AFFO exclude items which may cause short-term fluctuations in net income attributable to GEO but have no impact on GEO’s cash flows, or the Company does not consider them to be fundamental attributes or the primary drivers of GEO’s business plan and they do not affect GEO’s overall long-term operating performance. GEO may make adjustments to FFO from time to time for certain other income and expenses that do not reflect a necessary component of GEO’s operational performance on the basis discussed above, even though such items may require cash settlement.

Because FFO, Normalized FFO and AFFO exclude depreciation and amortization unique to real estate as well as non-operational items and certain other charges that are highly variable from year to year, they provide GEO investors with performance measures that reflect the impact to operations from trends in occupancy rates, per diem rates, operating costs and interest costs, providing a perspective not immediately apparent from Net Income Attributable to GEO. 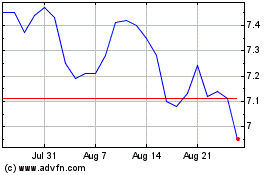 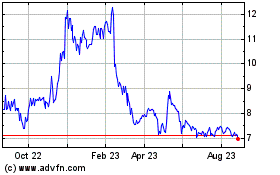 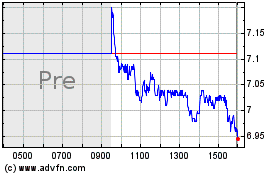