As of January 4, 2021, the record date for the Special Meeting, there were 48,000,000 shares of Telenav common stock outstanding and entitled to vote, 31,473,721 of which were not beneficially owned by V99, Merger Sub, H.P. Jin, Samuel Chen, Fiona Chang, Yi-Ting Chen, Yi-Chun Chen, Changbin Wang or Digital Mobile Venture Limited (and any affiliate of the foregoing or trust in which any of the foregoing are a beneficiary) (the “Purchaser Group”). At the Special Meeting, 40,009,278 shares, or approximately 83.35% of the outstanding shares of Telenav common stock, were present either in person or by proxy.

At the Special Meeting, three proposals were considered:

(1) The proposal to adopt and approve the Agreement and Plan of Merger, dated as of November 2, 2020 (as amended on December 17, 2020, the “Merger Agreement”), among Telenav, V99, Inc., a Delaware corporation (“V99”), and Telenav99, Inc., a Delaware corporation and a wholly owned subsidiary of V99 (“Merger Sub”), pursuant to which Merger Sub will be merged with and into Telenav (the “Merger”), with Telenav surviving the Merger as a wholly owned subsidiary of V99 (such proposal, the “Merger Agreement Proposal”).

(3) The nonbinding, advisory proposal to approve compensation that will or may become payable to Telenav’s named executive officers in connection with the Merger (such proposal, the “Executive Compensation Proposal”).

The table below shows the final voting results from the Special Meeting.

On February 16, 2021, Telenav issued a press release announcing the results of the voting at the Special Meeting. A copy of the press release is furnished as Exhibit 99.1 and is incorporated herein by reference. 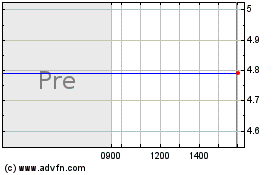