NextDecade Corporation (NextDecade or the Company) (NASDAQ: NEXT) today announced the Company is optimizing its Rio Grande LNG project (RGLNG). Throughout the course of its pre-FID development activities, NextDecade has worked diligently to reduce the environmental impacts of RGLNG.

The original front-end engineering and design for RGLNG was based on six LNG trains each capable of producing 4.5 million metric tonnes per annum (mtpa) of LNG for export. The technologies that were selected and filed with the Federal Energy Regulatory Commission (FERC) in 2015 and 2016 have evolved over the five-year permitting period; the LNG trains are now more efficient and will produce more LNG with lower total carbon dioxide equivalent (CO2e) emissions. Multiple optimizations have been identified that will lead to the delivery of a world-class LNG project capable of producing 27 mtpa with just five LNG trains instead of six.

Implementation of these optimizations will result in several environmental and community benefits when compared with NextDecade’s original six-train project including (i) approximately 21 percent lower CO2e emissions, (ii) shortened construction timeline for the full 27 mtpa project, (iii) reduced facility footprint, and (iv) an expected reduction in traffic on roadways.

“This is an extremely positive development for all of our stakeholders, as the environmental benefits from these optimizations are significant,” said Matt Schatzman, NextDecade’s Chairman and Chief Executive Officer. “In addition to the emissions reductions we will achieve, these optimizations will reduce the project’s footprint, traffic, and construction schedule, and demonstrate our ongoing commitments to the community in the Rio Grande Valley.”

On account of these optimizations, NextDecade will, in due course, vacate Train 6 as RGLNG is now capable of producing the same planned total LNG volumes with just five trains. Future development of Train 6 will require NextDecade to secure authorization from FERC, the U.S. Department of Energy, and any other relevant federal or state agency with jurisdiction over the export project.

This press release contains forward-looking statements within the meaning of U.S. federal securities laws. The words “anticipate,” “contemplate,” “estimate,” “expect,” “project,” “plan,” “intend,” “believe,” “may,” “might,” “will,” “would,” “could,” “should,” “can have,” “likely,” “continue,” “design” and other words and terms of similar expressions are intended to identify forward-looking statements, and these statements may relate to the business of NextDecade and its subsidiaries. These statements have been based on NextDecade’s current assumptions, expectations, and projections about future events and trends and involve a number of known and unknown risks, which may cause actual results to differ materially from expectations expressed or implied in the forward-looking statements. These risks include uncertainties about progress in the development of NextDecade’s LNG liquefaction and export projects and the timing of that progress; our final investment decision (“FID”) in the construction and operation of a LNG terminal at the Port of Brownsville in southern Texas (the “Terminal”) and the timing of that decision; the successful completion of the Terminal by third-party contractors and an approximately 137-mile pipeline to supply gas to the Terminal being developed by a third-party; our ability to secure additional debt and equity financing in the future to complete the Terminal; the accuracy of estimated costs for the Terminal; statements that the Terminal, when completed, will have certain characteristics, including amounts of liquefaction capacities; the development risks, operational hazards, regulatory approvals applicable to the Terminal’s and the third-party pipeline's construction and operations activities; NextDecade’s anticipated competitive advantage and technological innovation which may render its anticipated competitive advantage obsolete; the global demand for and price of natural gas (versus the price of imported LNG); the availability of LNG vessels worldwide; changes in legislation and regulations relating to the LNG industry, including environmental laws and regulations that impose significant compliance costs and liabilities; the 2019 novel coronavirus pandemic and its impact on our business and operating results, including any disruptions in our operations or development of the Terminal and the health and safety of our employees, and on our customers, the global economy and the demand for LNG; risks related to doing business in and having counterparties in foreign countries; our ability to maintain the listing of our securities on a securities exchange or quotation medium; changes adversely affecting the business in which NextDecade is engaged; management of growth; general economic conditions; NextDecade’s ability to generate cash; compliance with environmental laws and regulations; the result of future financing efforts and applications for customary tax incentives; and other matters discussed in the “Risk Factors” section of NextDecade’s Annual Report on Form 10-K for the year ended December 31, 2019 and other subsequent reports filed with the Securities and Exchange Commission, all of which are incorporated herein by reference.

Additionally, any development of the Terminal remains contingent upon completing required commercial agreements, acquiring all necessary permits and approval, securing all financing commitments and potential tax incentives, achieving other customary conditions and making a final investment decision to proceed. The forward-looking statements in this press release speak as of the date of this release. Although NextDecade believes that the expectations reflected in these forward-looking statements are reasonable, it can give no assurance that the expectations will prove to be correct. NextDecade may from time to time voluntarily update its prior forward-looking statements, however, it disclaims any commitment to do so except as required by securities laws. 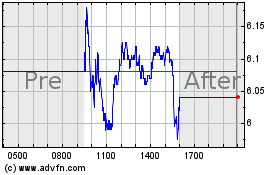