Guardion Health Sciences, Inc. (“Guardion” or the “Company”) (Nasdaq: GHSI), a company that (i) develops medical foods and medical devices in the ocular health marketplace and (ii) is developing nutraceuticals that the Company believes will provide health benefits to consumers, announced today the publication of study data comparing the efficacy of the Company’s micronized liquid formula Lumega-Z®, to the current standard AREDS 2 soft gel supplement.

Results from the study concluded that Guardion’s unique, proprietary formulation, Lumega-Z, provided significantly higher blood concentration levels of carotenoids, which have been shown by studies sponsored by the National Eye Institute to be important for slowing the progression of macular degeneration in certain patients, and the MPOD, which has been shown in studies to be an important and modifiable biomarker to track the progression of macular degeneration and other eye diseases.

Lumega-Z, the Company’s proprietary medical food, is the only micronized lipid-base nutritional formulation designed to restore a depleted macular pigment. This unique delivery platform ensures the highest level of absorption as well as rapid patient response to treatment.

“We firmly believe Lumega-Z has the potential to address the significant unmet needs of age-related macular degeneration, a leading cause of vision loss, affecting a large population worldwide. The results demonstrated by Lumega-Z bolster our confidence in the potential to provide more effective and efficient eye health treatments, clearly representing an important breakthrough in the growing importance of MPOD and the increasing role of medical foods as an integral component of the physicians’ armamentarium of treatments for maintaining and restoring eye health,” commented Michael Favish, CEO of Guardion Health Sciences. “We are pleased to have another important study published in a tier one peer-reviewed journal.”

Participants in the study (two groups of 15 participants in each group) were given a 24-week supply of a lipid-based micronized liquid medical food, Lumega-Z®, containing 28 mg of the macular carotenoids lutein (L), zeaxanthin (Z) and meso-zeaxanthin (MZ), or given PreserVision™ AREDS 2 Formula (gel-caps; PV) containing 12 mg of the macular carotenoids L and Z, but no reported MZ. Serum levels of L, Z and MZ were obtained at baseline and after 12 weeks. Macular pigment optical densities and visual function were assessed at baseline and after 24 weeks.

Lumega-Z, is the only micronized lipid-base nutritional formulation designed to restore a depleted macular protective pigment. This unique delivery platform ensures an elevated level of absorption as well as rapid patient response to treatment. Data demonstrated to date has shown that patients who used Lumega-Z for 12 consecutive months were associated with significant improvement in Frequency Doubling Technology pericentral function among patients with severe glaucoma who had previously shown degeneration despite having had excellent intraocular pressure control. Additional data has shown that patients with drusen and at risk of vision loss from macular degeneration treated with Lumega-Z for 6 months showed improvements in vision, as measured by contrast sensitivity.

Guardion is a specialty health sciences company (i) that develops medical foods and medical devices in the ocular health marketplace and (ii) that is developing nutraceuticals that the Company believes will provide medicinal and health benefits to consumers. Information and risk factors with respect to Guardion and its business, including its ability to successfully develop and commercialize its proprietary products and technologies, may be obtained in the Company’s filings with the SEC at www.sec.gov.

VectorVision® specializes in the standardization of contrast sensitivity, glare sensitivity, low contrast acuity, and ETDRS acuity vision testing. Its patented standardization system provides the practitioner or researcher the ability to delineate very small changes in visual capability, either as compared to the population or from visit to visit. VectorVision’s® patented technology is considered the standard of care for clinical trials. VectorVision® is a wholly owned subsidiary of Guardion.

Guardion has completed development of the proprietary VectorVision® CSV-2000 standardized contrast sensitivity test and recently introduced the commercial product to the marketplace. The CSV-2000 is the only computer-generated vision testing instrument available that will provide the optical marketplace with the Company’s proprietary, industry-standard contrast sensitivity test, along with a full suite of standard vision testing protocols. The proprietary standardization methodology incorporated into the CSV-2000 includes a patented technology known as AcQviz that automatically and constantly measures and adjusts screen luminance to a fixed standard light level for vision testing.

With the exception of the historical information contained in this news release, the matters described herein may contain forward-looking statements within the meaning of Section 27A of the Securities Act of 1933, as amended, and Section 21E of the Securities Exchange Act of 1934, as amended. Statements preceded by, followed by or that otherwise include the words “believes,” “expects,” “anticipates,” “intends,” “projects,” “estimates,” “plans” and similar expressions or future or conditional verbs such as “will,” “should,” “would,” “may” and “could” are generally forward-looking in nature and not historical facts, although not all forward-looking statements include the foregoing. These statements involve unknown risks and uncertainties that may individually or materially impact the matters discussed herein for a variety of reasons that are outside the control of the Company, including, but not limited to, the Company’s ability to raise sufficient financing to implement its business plan, the impact of the coronavirus (COVID-19) on the Company’s business and the economy in general, and the Company’s ability to successfully develop and commercialize its proprietary products and technologies. Readers are cautioned not to place undue reliance on these forward-looking statements, as actual results could differ materially from those described in the forward-looking statements contained herein. Readers are urged to read the risk factors set forth in the Company’s filings with the SEC, which are available at the SEC’s website (www.sec.gov). The Company disclaims any intention or obligation to update or revise any forward-looking statements, whether as a result of new information, future events or otherwise. 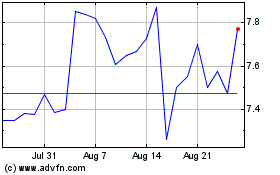 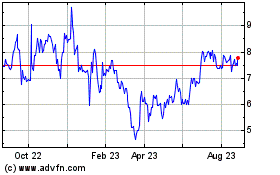 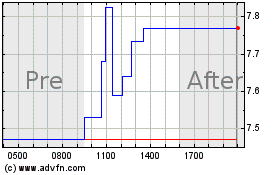