Jeffrey A. Stopko, President and Chief Executive Officer, commented on the 2019 financial results: "Solid growth in both loans and deposits contributed to an improved net interest margin in the second quarter of 2019 and positions the Company well for the second half of this year.  Specifically, loans have grown by $27 million, or 3.1%, while deposits have increased by $19 million, or 2.0%, in the first six months of 2019.  Additionally, our tangible book value per share over the past 12 months has increased by 9.3% to $5.15 due to a combination of improved earnings, accretive common stock buybacks, and effective management of our investment securities portfolio.  We continue to believe that earnings per share growth and disciplined capital management are important contributors to shareholder value."

Total loans averaged $872 million in the first six months of 2019 which is $10.3 million, or 1.2%, lower than the $882 million average for the first six months of 2018, reflecting the high level of loan payoffs received during the fourth quarter of 2018 as explained in our first quarter 2019 earnings press release.  During the first quarter of 2019, the total average loan portfolio balance remained relatively consistent with the year end 2018 level.  Loan growth returned during the second quarter of 2019 as loan originations exceeded loan payoffs by $27 million resulting in the 2019 second quarter average total loan portfolio balance exceeding the 2018 second quarter average balance.  The increase between years occurred primarily in the commercial real estate and commercial & industrial loan portfolios.  Loan interest income increased by $1.5 million, or 7.4%, between the first half of 2019 and last year's first six-months.  Included in this increase was a higher level of loan fee income by $235,000, due primarily to prepayment fees collected on certain early loan pay-offs in addition to the increased fees from greater new loan origination activity.  The higher loan interest income also reflects new loans originating at higher yields as well as the upward repricing of certain loans tied to LIBOR or the prime rate as both of these indices moved up with the Federal Reserve's decision to increase the target federal funds interest rate in 2018.

Total investment securities averaged $199 million in the first six months of 2019 which is $19.1 million, or 10.6%, higher than the $180 million average for the first six months of 2018.  The growth in the investment securities portfolio is the result of management taking advantage of the rising interest rate environment experienced during 2018 which provided an attractive market for additional security purchases.  Purchases primarily focused on federal agency mortgage backed securities due to the ongoing cash flow that these securities provide.  Also, management continued its portfolio diversification strategy through purchases of high quality corporate and taxable municipal securities. Investment security purchase activity slowed significantly during the second quarter of 2019 and was more selective as the market was less favorable with the U.S. Treasury yield curve flattening and becoming inverted at times in the short to mid-term portion of the curve.  Interest income on investments increased between the second quarter of 2019 and the second quarter of 2018 by $293,000, or 19.8%, and increased in the first half of 2019 from the first half of 2018 by $640,000, or 22.2%.  Overall, total interest income increased by $2.1 million, or 9.2%, between years.

Total interest expense for the first six months of 2019 increased by $2.0 million, or 38.3%, when compared to 2018, due to higher levels of both deposit and borrowing interest expense.  Deposit interest expense in 2019 was higher by $1.8 million, or 49.1%, for the first half of the year which reflects the higher level of total average interest bearing deposits and certain indexed money market accounts repricing upward due to the impact of the Federal Reserve increasing interest rates during 2018.  The Company also experienced increasing market competitive pressure to retain existing deposit customers and attract new customer deposits.  Customer product preference changed as well resulting in movement of funds from lower yielding money market accounts into higher yielding certificates of deposits.  Overall, total deposits continued to grow for a fourth consecutive quarter and averaged $975 million in the first half of 2019, which was $16.6 million, or 1.7%, higher than the 2018 first half of the year average.  The Company's loan to deposit ratio averaged 90.1% in the second quarter of 2019, which we believe indicates that the Company has ample capacity to grow its loan portfolio.  Even though total average borrowings decreased between years, the Company experienced a $154,000, or 10.5%, increase in the interest cost for borrowings in the first half of 2019 due to the impact that the 2018 increases in the federal funds rate had on the cost of overnight borrowed funds and the replacement of matured FHLB term advances.  Also, due to a new accounting pronouncement that became effective January 1, 2019, the Company recognized additional interest expense on its financing property leases.  The 2019 six-month average of FHLB borrowed funds was $66.7 million, which represented a decrease of $6.7 million, or 9.2%, due to the increase in total average deposits.

Total non-interest income in the second quarter of 2019 decreased by $24,000, or 0.7%, from the prior year's second quarter, and compared similarly for the six months, decreasing by $54,000, or 0.7%.  For the quarter, revenue from service charges on deposits decreased by $40,000, or 11.2%, due to the lower overdraft fees as the bank is no longer charging a fee on overdrafts that result from signature based point of sale debit card transactions.  Wealth management fees also decreased by $28,000, or 1.1%, primarily due to a lower level of fee revenue from our Financial Services division because of fewer life insurance related sales in 2019.  The Company did recognize a $30,000 investment security sale gain in the second quarter of 2019 after no security sale activity occurred in the corresponding quarter of 2018. For the six-month period, similar comparisons for the same line items resulted in the unfavorable variance when comparing 2019 to 2018.  Unfavorable comparisons included service charges on deposits by $113,000, or 15.3%, and wealth management fees by $58,000, or 1.2%.  Additionally, net realized gains on loans held for sale declined by $48,000, or 22.1%, due to management's decision to retain more of the residential mortgage loan production in our loan portfolio earlier in the year when market conditions were more favorable to adjust strategy.  These unfavorable items were nearly offset by a favorable change in investment security sales activity by $178,000 after the Company sold a portion of low balance, low yielding securities at a loss in 2018 to reposition the investment portfolio for stronger future returns.

The Company's total non-interest expense in the second quarter of 2019 increased by $164,000, or only 1.6%, when compared to the second quarter of 2018, and increased in the first half of 2019 by $346,000, or 1.7%, when compared to 2018.  The increase in the second quarter of 2019 was due to a higher level of salaries & benefits expense by $130,000, or 2.1%, and a greater level of other expense by $92,000, or 5.5%.   These increases more than offset a reduction to FDIC deposit insurance expense by $75,000, or 48.4%.  Within salaries & benefits, higher salaries expense was due to annual merit increases, four additional employees at our new financial banking center in Hagerstown, Maryland and higher health care costs which more than offset reduced levels of pension expense and incentive compensation. The increase to other expense is due to higher website costs and additional telecommunications expense.  For the first six months of 2019, salaries & benefits expense is $338,000, or 2.7%, higher for similar reasons as the quarterly variance.  Other expenses are higher by $254,000, or 7.7%, also for similar reasons as the quarterly variance in addition to a higher level of funding for the unfunded commitment reserve due to increased loan approvals in 2019.  Slightly offsetting these unfavorable comparisons are lower FDIC deposit insurance expense by $157,000, or 49.5%, and professional fees by $67,000, or 2.8% due to lower legal fees and other professional fees.

This news release may contain forward-looking statements that involve risks and uncertainties, as defined in the Private Securities Litigation Reform Act of 1995, including the risks detailed in the Company's Annual Report and Form 10-K to the Securities and Exchange Commission. Actual results may differ materially. 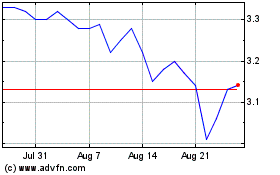 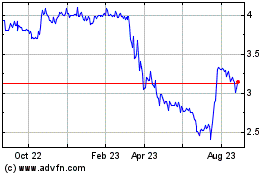 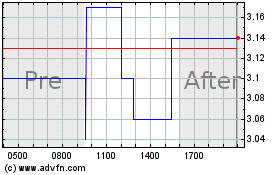