United States Oil Fund, LP (“USO”), a Delaware limited partnership, announced previously in its Form 8-K filed April 27, 2020 (the “April 27 Form 8-K”), that USO intended to invest in other permitted investments beyond the Benchmark Oil Futures Contract, as described below and in its prospectus, and described the particular investments and percentages of such investments in which USO intended to invest. In the April 27 Form 8-K, USO also announced that due to regulatory requirements, current market conditions and risk mitigation measures imposed by USO’s futures commission merchant (“FCM”) as described below, United States Commodity Funds, LLC (“USCF”), the general partner of USO, has determined that commencing with the monthly roll occurring in May 2020, USO’s positions in Oil Futures Contracts and Other Oil Related Investments will roll over a ten-day period commencing on May 1, 2020. This Form 8-K updates USO’s previously announced intention with respect to the particular permitted investments and percentages of such investments in which USO intends to invest. This Form 8-K also announces that, commencing on April 30, 2020, USO will provide the target percentages for its portfolio holdings during the ten-day roll period and going forward on its website at www.uscfinvestments.com. In addition, USO’s portfolio holdings as of the end of the prior business day are posted each day on that website. Capitalized terms that are used but not defined in this Form 8-K have the meaning given to them in USO’s prospectus.

Commencing on April 30, 2020, USO will publish on its website, as described below, its investment intentions with respect to the type and percentages of permitted investments that it will hold at the end of the ten-day roll period as well as going forward, including for any rebalances.

As previously disclosed, various factors including, but not limited to, evolving market conditions, changes to regulatory requirements imposed on USO with respect to its investment in the Benchmark Oil Futures Contract or other Oil Futures Contracts, and risk mitigation measures imposed by FCMs on USO and other market participants, have severely limited USO’s ability to invest in the Benchmark Oil Futures Contract and certain of the other investments in which USO traditionally would have invested in a substantial portion of its portfolio. Moreover, because such factors have continued to evolve, USO has had to invest in other permitted investments instead of investing primarily in the Benchmark Oil Futures Contract and the cash-settled, but substantially similar, oil futures contract traded on ICE Futures (the “ICE WTI Contract”), but also has had to more frequently change the holdings in its portfolio than it has in the past. The foregoing factors have changed USO’s portfolio holdings and have resulted in significant deviations from USO’s intended investment objective which is for the daily percentage changes in the net asset value (“NAV”) per share to reflect the daily percentage changes of the spot price of light, sweet crude oil, as measured by the daily percentage changes in the price of Benchmark Oil Futures Contract, plus interest earned on USO’s collateral holdings, less USO’s expenses.

USO is providing notice in this Form 8-K that: (1) it will disclose changes to its investment intentions with respect to the type and percentage of investments in USO’s portfolio on its website, and (2) the parameters for making decisions regarding the permitted investments it will hold, including the intended order of priority in selecting investments, including USO’s intentions with respect to the type of investments to be held in its portfolio. The type and percentages of investments to be held by USO at the end of the ten-day roll period as well as going forward, including for any rebalances, will be published on its website. Accordingly, commencing on May 1, 2020 and for the foreseeable future, to address and comply with the market conditions, regulatory requirements and other factors that have influenced, and will continue to influence, its investment decisions, USO intends to buy or sell the following permitted investments taking into account the order set forth below when USO increases or decreases either its portfolio overall or its holdings of particular investments:

If USO uses over-the counter (“OTC”) swaps or other instruments, those OTC swaps or instruments would also provide exposure to one or more of the same above-described permitted investments in varying months or contracts.

The progression from one stage of permitted investments described in the above waterfall to the next stage, including the specific target weights for the particular portfolio investments to be held by USO, will take into account, to the extent applicable, the relative levels of open interest, position limits, and other factors. The specific permitted investments and the identified target weights for such investments, consistent with progression from one stage of the above described waterfall to the next stage, will be published on the website at www.uscfinvestments.com the day before the start of (i) any monthly roll/rebalance period for the end of such roll/reblance period, and (ii) any rebalancing to be done outside of the monthly roll period due to market conditions, regulatory requirements and other factors described herein. In extreme circumstances, changes may need to be made intraday. In such circumstances, the changes will be published on the website at the end of the day. USO will attempt to execute rebalances required over several days to minimize market impact. However, it may be necessary to execute these risk measures rapidly and with minimal notice. Published portfolio changes will be implemented by USO over the course of the roll/rebalance period as indicated on the website or over the course of another day or period with respect to a particular change outside of the roll.

The investment intention announced in this Form 8-K could change as a result of any or all of the following: evolving market conditions, a change in regulator accountability levels and position limits imposed on USO with respect to its investment in Oil Futures Contracts, additional or different risk mitigation measures taken by market participants, generally, including USO, with respect to USO acquiring additional Oil Futures contracts, or USO selling additional Creation Baskets in the event that the Registration Statement that USO filed with the Securities and Exchange Commission (“SEC”), as described below, is declared effective by the SEC. USO’s ability to invest in the Benchmark Oil Futures Contract could be limited by any of these occurrences. In addition, while determining the appropriate investments for USO’s portfolio in accordance with its current intention, or to address the foregoing changes in market conditions, regulatory requirements or risk mitigation measures, USO may need to hold significant portions of its portfolio in cash beyond what it has historically held in order to satisfy potential margin requirements.

USO has not and does not intend to leverage its assets and makes its investments accordingly. Consistent with the foregoing, USO’s announced investment intentions, and any changes thereto, will take into account the need for USO to make permitted investments that also allow it to maintain adequate liquidity to meet its margin and collateral requirements and to avoid, to the extent reasonably possible, USO becoming leveraged. If market conditions require it, these risk reduction procedures may occur on short notice if they occur other than during a roll or rebalance period.

Certain circumstances, including the need to comply with regulatory requirements (including, but not limited to, exchange accountability and position limits) and market conditions (including but not limited to those allowing USO to obtain greater liquidity or to execute transactions with more favorable pricing) as well as risk mitigation measures taken by market participants, generally, including USO, could, and have, caused USO to invest in Oil Futures Contracts other than the Benchmark Oil Futures Contract. Currently, in the context of the COVID-19 pandemic and disputes among oil producing countries regarding potential limits on the production of crude oil, significant market volatility occurred in the oil futures markets. In addition, the exchange where the Benchmark Oil Futures contract is traded became concerned about positions that USO had acquired in that contract and imposed limits on USO’s holding of that contract, as well as subsequent months of that contract.

Revisions to the Roll Process. USO, historically, has rolled its positions in Oil Futures Contracts in the current or front month (referred to herein as the first month) prior to the end of the month to avoid such contracts’ expiration and having to take delivery of the underlying commodity. This roll process was done over a four-day period which was published by USO on its website. USO will continue this monthly roll process with respect to its portfolio holdings, notwithstanding that its investments are no longer concentrated in the first month contract. USO will continue to roll its portfolio to: (1) roll out of any first month contracts, (2) rebalance its portfolio in a manner that allows it to meet market conditions, regulatory requirements and other factors described herein, and (3) structure its investments within the foregoing limits in a way that allows USO to best pursue its stated investment objective. USO will extend the monthly roll/rebalancing period from a four-day period to a ten-day period due to the size and diversification of its portfolio holdings and to address regulatory concerns.

USO has determined that commencing with the monthly roll occurring in May 2020 and for each month going forward, USO’s positions in Oil Futures Contracts and Other Oil Related Investments will roll over a ten-day period. The May roll will begin on May 1, 2020 and, thereafter, USO will roll its positions during the first 10 trading days of each subsequent month. The anticipated dates that the monthly roll period will commence are published on USO’s website at www.uscfinvestments.com and are subject to change without notice.

Typically, on each day during the ten-day roll period, USO intends to rebalance approximately 1/10th of the announced percentage of the notional value of its nearest month instrument and other specified instruments (which could be 100% of such notional value of such interests) and reinvest the proceeds in the remaining current portfolio holdings as well as any new specified portfolio holdings in the waterfall of permitted investments described above. In addition, USO may need to adjust the roll/rebalance may change in light of market conditions, regulatory requirements or other factors that impact the ability of USO to make its investments and achievement its investment objectives. 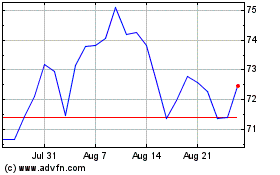 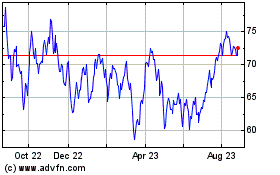 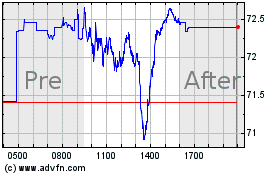