In the study, Sigyn Therapy depleted the circulating presence of bile acid, bilirubin and ammonia, which are toxins commonly associated with Hepatic Encephalopathy, a neurological disorder that occurs in individuals suffering from chronic forms of liver (hepatic) disease and acute liver failure. Sigyn Therapy is a proprietary blood purification technology designed to deplete pathogens, toxins and inflammatory targets from the bloodstream of treated patients.

Hepatic Encephalopathy (HE) is induced when toxins (normally removed by a healthy liver) accumulate in the bloodstream and then cross through the blood brain barrier. Severe cases of HE (grade 3 and 4) can cause serious, life-threatening complications that range from decreased consciousness to coma.  30-day mortality rates of 38% have been reported in cirrhotic patients suffering from grade 3 and 4 Hepatic Encephalopathy.

In the study, clinically relevant levels of bile acid, bilirubin and ammonia were spiked into 1000ml of human blood plasma, which was then circulated through an adult version of Sigyn Therapy at normal treatment blood-flow rates.  The study was conducted in triplicate over four-hour time periods.

The in vitro clearance of bile acid from human blood plasma was rapid, with an average reduction of 80.6% in one hour and 99% at the completion of the four-hour study. Average bilirubin reduction at one hour was 55% and 69.5% at four hours.  32% of ammonia was eliminated from human blood plasma in one hour and an average elimination of 37% was reported at four hours.

“We created Sigyn Therapy to overcome the limitations of previous blood purification technologies,” stated Jim Joyce, Chairman and CEO of Sigyn Therapeutics. “The broad-spectrum clearance of hepatic toxins reinforces our therapeutic vision and expands the potential use of Sigyn Therapy to include acute and chronic liver indications.”

Beyond the accumulation of hepatic toxins in the bloodstream, excessive inflammatory cytokine and endotoxin production contribute to increase the permeability of the blood brain barrier in those suffering from HE.  Thus, enabling the direct interaction of hepatic toxins with brain tissue.  Among the most prominent HE related cytokines are tumor necrosis factor-α (TNF-α), interleukin 6 (IL-6) and interleukin 1 beta (IL-1b).  In previous studies, Sigyn Therapy demonstrated the simultaneous depletion of endotoxin, TNF-a, IL-6 and IL-1b from human blood plasma.

The resulting data from these studies will be incorporated into an Investigational Device Exemption (IDE) that Sigyn Therapeutics plans to submit to the United States Food and Drug Administration (FDA) prior to year-end 2021.

Sigyn Therapeutics™ is focused on significant unmet need in global health; the treatment of life-threatening inflammatory conditions that are precipitated by Cytokine Storm Syndrome. The annual market opportunity exceeds $20 billion.

Sigyn Therapy™ is a multifunctional blood purification technology designed to mitigate the Cytokine Storm that underlies Sepsis (the #1 cause of in-hospital deaths) and other high-mortality inflammatory disorders commonly induced by bacterial and viral pathogens. To overcome the limitations of previous therapies, Sigyn Therapy addresses the source of inflammation (viral pathogens, bacterial toxins) in concert with the broad-spectrum depletion of inflammatory cytokines from the bloodstream.  Additionally, the device establishes a therapeutic strategy to target CytoVesicles that transport inflammatory cargos throughout the circulatory system.

Sigyn Therapy incorporates a formulation of adsorbent components that optimize the broad-spectrum elimination of therapeutic targets from the bloodstream without the risk of direct blood-cell interactions. To support widespread implementation, Sigyn Therapy is a single-use disposable device designed for use on the established infrastructure of hemodialysis and continuous renal replacement therapy (CRRT) machines already located in hospitals and clinics worldwide. The Company has also completed studies that reinforce the potential use of Sigyn Therapy to address acute and chronic liver indications, with an initial focus directed toward hepatic encephalopathy. 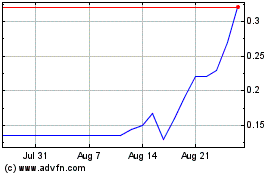 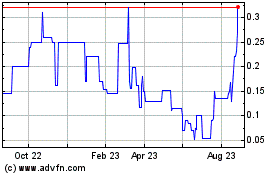 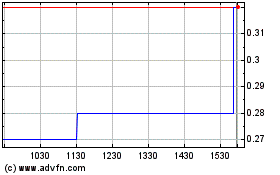