The reports of De Joya on the Company's consolidated financial statements as of and for the years ended August 31, 2012 and 2013 did not contain an adverse opinion or a disclaimer of opinion, and were not qualified or modified as to uncertainty, audit scope or accounting principles.

During the years ended August 31, 2012 and 2013, and through July 2, 2014, there were no (a) disagreements with De Joya Griffith on any matter of accounting principles or practices, financial statement disclosure, or auditing scope or procedure, which disagreements, if not resolved to De Joya satisfaction, would have caused De Joya to make reference to the subject matter thereof in connection with its reports for such years; or (b) reportable events, as described under Item 304(a)(1)(v) of Regulation S-K.

The Company provided De Joya with a copy of the disclosures it is making in this Current Report on Form 8-K and requested from De Joya a letter addressed to the Securities and Exchange Commission indicating whether it agrees with such disclosures. A copy of De Joya's letter dated July 7, 2014 is attached as Exhibit 16.1.

On July 2, 2014 The Audit Committee engaged MaloneBaily, LLP as the Company's independent registered public accounting firm for the year ended August 31, 2014, to be effective immediately as of July 2, 2014.

During the years ended August 31, 2012 and 2013 and the subsequent interim period through July 2, 2014, the Company did not consult with MaloneBaily, LLP regarding any of the matters or events set forth in Item 304(a)(2) of Regulation S-K.

(a) Financial Statements of Business Acquired.

We have read the statements that we understand Laredo Resources Corp. will include under Item 4.01 of the Form 8-K report it will file regarding the recent change of auditors. We agree with such statements made regarding our firm. 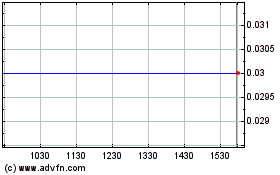