EDP Renovaveis SA said Wednesday that it has completed an accelerated bookbuild of around 1.5 billion euros ($1.81 billion), as part of a plan to pursue a capital increase of the same amount.

The Portuguese renewable-energy company said it completed the bookbuild by placing more than 88 million shares at EUR17 per share, representing a 9.3% discount to the market closing price on March 2.

The company launched the bookbuild late Tuesday as part of a plan to pursue a capital increase equal to the gross proceeds of the bookbuild.

EDP Renovaveis's board of directors backed a proposal for the capital increase to be presented at the general shareholders meeting to be held on or around April 12.

The company said the increase would partially fund its capital expenditure plans as EDP Renovaveis aims to spend around EUR19 billion in deploying about 20 gigawatts of renewables additions until 2025. 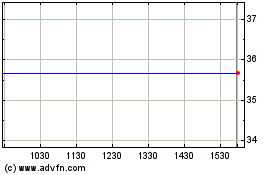