The "phase one" U.S.-China trade deal is relieving some pressure on retailers, and UBS analysts think one group in particular stands to gain: Footwear stocks.

That is because canceled U.S. tariffs on Chinese consumer goods previously scheduled for Sunday would have had an outsize impact on shoe sellers, while duties that went into effect in early September were simply cut to 7.5% from 15%. That means other apparel sellers might not benefit as much from the initial trade pact.

The bigger winners from the deal would be companies like Skechers USA Inc., Carter's Inc. and Under Armour Inc., the UBS analysts argue. Skechers shares rose about 3% Wednesday, bringing their rally for the year to 86%, while Under Armour and Carter's each advanced more than 1%.

"Footwear companies which sell a high percentage of goods in the U.S. sourced from China probably benefit the most," the analysts said in a Wednesday note.

The climb for footwear sellers highlights how investors are still grappling with the winners and losers from trade-policy shifts heading into 2020. Uncertainty remains about the next steps in the U.S.-China trade spat and how they might impact corporate profits, because many companies have already taken steps to mitigate the impact of tariffs.

The UBS analysts raised their price targets on shares of Skechers and Carter's, projecting the shift in tariffs will boost earnings moving forward.

While they estimate the trade pact won't boost profits as much at other apparel sellers such as Macy's Inc. and Nordstrom Inc., those stocks continued paring some of their monthslong drop Wednesday. Macy's rose nearly 4%, while Nordstrom climbed 2.3%.

Investors in the sector are looking ahead to quarterly results from Nike Inc., scheduled to be released after the market closes on Thursday.

Write to Amrith Ramkumar at amrith.ramkumar@wsj.com 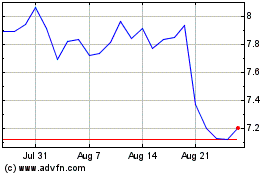 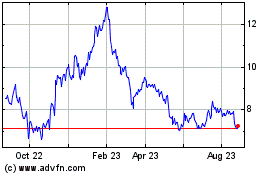 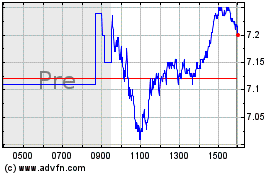