Dear Members of the Board of Directors of Rio Tinto plc:

I am disappointed with the need to write this letter to you. Just three short days ago I wrote to you listing a litany of inappropriate actions that Rio Tinto has unlawfully taken against Turquoise Hill. My intention was to open the eyes of the Board to the unacceptable behavior of Rio’s management team. I naively believed that no responsible Board could ever condone the reprehensible breaches of corporate governance that Rio has imposed upon Turquoise Hill over the years, and that you would certainly take a stand against such behavior. It appears that your actions this week have proven me wrong.

Within 24 hours of my original letter, the world learned that Rio voted against allowing the owners of the Oyu Tolgoi mine from conducting an independent investigation into the $1.5 billion cost overrun and two-year schedule delay suffered during Rio’s construction of the mine. There is no logical explanation for why Rio would oppose an independent investigation into the massive cost overruns and delays, especially when the owners of the mine support such an investigation, and one of the owners is a sovereign nation and important partner for decades to come. I should say that there is no logical explanation other than that Rio has something to hide.

Let me refresh your memory on the Oyu Tolgoi mine. Once constructed, it will be the third largest copper and gold mine in the world. It is projected to produce multiple billions of dollars of free cash flow per year once in full operation. It has a mine life of many decades with the potential to be a hundred year mine. Rio does not actually own the mine. The mine is 66% owned by Turquoise Hill and 34% owned by the Government of Mongolia. Rio is the operator of the mine and is responsible for the construction of the underground portion of the mine. Rio owns 51% of Turquoise Hill and has hand-picked every single management employee and board member at Turquoise Hill since it secured control of the company. Almost every Turquoise Hill staffer since the beginning of Rio’s regime has either been a Rio employee while working for Turquoise Hill or came to Turquoise Hill directly from Rio Tinto

Earlier this week, Oyu Tolgoi LLC voted to conduct an independent investigation regarding Rio Tinto's cost overruns and timing delays at the mine. An independent investigation serves as clearly good business practice as well as proper governmental accountability to the citizens of Mongolia. The Government of Mongolia and Turquoise Hill were in accord with this common-sense decision. However, Rio Tinto apparently voted against the investigation. To wit, the Australian Financial Review has just reported -- in an article entitled "Mongolian partners revolt, force Rio into Oyu Tolgoi review (dated December 1, 2020) -- that "[m]ultiple sources have suggested that Rio was opposed to the creation of the committee and the independent review."

The attempt to block an independent investigation into the undeniably material cost and time overrun is unfortunately a confirmation that such an investigation is warranted. Voting against the proposal to form a special committee is devoid of any justification from a corporate governance perspective. Further, it is impossible to explain to Turquoise Hill minority shareholders or the people of Mongolia that you want to block such an investigation if you truly have nothing to hide. We are left amazed yet again at the utter audacity of Rio Tinto in disregarding the legitimate oversight functions of the owners of the mine.

Unfortunately, there are multiple sources who suggest that you do have facts to hide. When a whistleblower claimed that you knew of cost overruns a year before you disclosed them, you entered into a confidential settlement with him the day before he was set to testify in open Court, and he is now effectively silenced. Your own ethics coach resigned due to unethical behavior by Rio executives and a lack of appropriate corrective response by leadership. The SEC is investigating your lack of disclosure of the cost overruns and delays. A class action lawsuit has been filed against you. And if all this wasn’t enough, you have abused your hand-picked board and management team at Turquoise Hill to the point that even they have begun an arbitration proceeding against you because you refuse to allow Turquoise Hill to finance your cost overruns in the most economically efficient way. Let me repeat that: your handpicked Board and management team is taking you to arbitration.

Good hiring and robust oversight are the hallmarks of effective operations and good governance. With Rio CEO Jacques soon departing “by mutual agreement,” is it your goal as a Board to hire a new CEO who can continue acting unethically and illegally toward Turquoise Hill, or do you aspire to hire someone who stands for good corporate governance? If the latter, perhaps you should start anew and reverse your vote on the independent investigation and allow Turquoise Hill to finance the mine in the most economically efficient way.

However, given your actions over the past eight years, I am skeptical that you will make the correct choice. As such, I respectfully request that Rio Tinto take affirmative steps to preserve both all paper documents and all electronically stored information that are in its custody or control that are relevant to the issue of Turquoise Hill's and Oyu Tolgoi LLC's independent investigations of the Oyu Tolgoi cost overruns and time delays as well as to the Turquoise Hill arbitration proceeding and negotiations leading up to such. We request that Rio Tinto preserve all paper records and electronically stored information, including email, electronic calendars, financial spreadsheets, phone records, word documents and other information created and/or stored at or by Rio Tinto and its subsidiaries.

It is important for the Board of Rio Tinto to recognize that the company is at a crossroads. With the imminent departure of Mr. Jacques, the Board right now has a chance to embrace good governance. But time for Rio Tinto to do the right thing is running short. 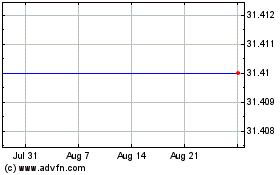 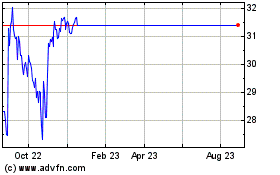 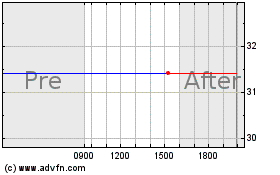