STXfilms Takes Worldwide Rights With May Start for Biopic

Academy Award®-nominee Michael Mann (Collateral, Public Enemies, Heat) has cast Academy Award® nominee Adam Driver (Marriage Story, Star Wars) and Academy Award® winner Penélope Cruz (Parallel Mothers, Vicky Cristina Barcelona) as Enzo and Laura Ferrari and Shailene Woodley (Big Little Lies, The Descendants) as Lina Lardi in his highly anticipated film Ferrari. Mann will direct from a script written by Troy Kennedy Martin (The Italian Job) and Mann based on Brock Yates’ book Enzo Ferrari – The Man and the Machine. Mann will produce via his Moto Productions banner alongside P.J. van Sandwijk and John Lesher, as well as Lars Sylvest, Thorsten Schumacher and Gareth West with Niels Juul executive producing. Principal photography is set to start this spring in Italy and the film will be released worldwide by STXfilms and its partners, it was announced today by Adam Fogelson, Chairman of STXfilms Motion Picture Group and John Friedberg, President of STXinternational.

It's the summer of 1957. Ex-racecar driver, Enzo Ferrari, is in crisis. All the dramatic forces of his life - as volatile as the red race cars he builds - are in collision. Bankruptcy stalks the company he and his wife, Laura, built from nothing ten years earlier. Their tempestuous marriage struggles with the mourning for one son and the acknowledgement of another. The passionate instigator of men inspires his Spring Team of drivers, some like surrogate sons. He blunts a hostile press with strafing wit and boldly strategizes to roll the dice on one race – 1,000 miles across Italy, the infamous Mille Miglia. As the red cars slam through towns and mountain passes towards unpredictable outcomes, the future of these vivid characters’ lives are being written.

Michael Mann has said, “Being able to have these wonderfully talented artists, actors Adam Driver, Penélope Cruz and Shailene Woodley, bring to life these unique characters on location in Modena and the Emilia-Romagna is a vision fulfilled.”

Adam Fogelson has added “Ferrari is so much more than a story about a man and his machine. It is an extraordinary and emotional story that Michael has been developing for years and the entire team at STX is looking forward to the start of production with this dream cast and filmmaker. Adam Driver is one of the most talented and fascinating actors working today, and we could not be more thrilled to pair him with Penélope, whose legendary career builds with every role she takes.”

Driver is a two-time Oscar® nominee for his work in BlacKkKlansman and Marriage Story. Recent credits include Annette, The Last Duel and House of Gucci. He next stars in Sony Pictures’ sci-fi thriller 65, as well as Netflix’s White Noise, Noah Baumbach’s adaptation of the Don DeLillo novel. He is represented by Gersh and Sloane, Offer, Weber & Dern.

Cruz, nominated this week for Best Actress in Parallel Mothers, won the Oscar® for Best Supporting Actress for her role in Vicky Cristina Barcelona and was nominated another two times for her roles in Volver and Nine. In addition to Parallel Mothers for Sony, she currently stars in IFC’s Official Competition opposite Antonio Banderas. She is represented by CAA.

Woodley was previously nominated for an Emmy for Big Little Lies and won the Independent Spirit Award for Alexander Payne’s The Descendants. Most recently, she can be seen in The Mauritanian with Jodie Foster and Benedict Cumberbatch and The Last Letter From Your Lover. She is currently filming the Showtime limited series Three Women and can next be seen in Damian Szifron’s thriller Misanthrope. She is represented by Hyperion, Range Media Partners and Felker Toczek Suddleson Abramson.

Proudly filming on location in Italy, Mann will bring his passion for the extraordinarily vivid characters who created the fusion of art in motion and racing power that is Ferrari in an epic, cinematic experience set in the dangerous world of motor racing in the 1950s. Industry legend Mann is a four-time Academy Award® nominee for Best Picture (The Insider, The Aviator), for Best Screenplay (The Insider) and for Best Director (The Insider) and an Emmy winner (The Jericho Mile). His iconic feature writing and directing credits also include Heat, The Last of the Mohicans, Collateral, Public Enemies, Ali, Miami Vice, and Thief. He was also an executive producer on the Academy Award®-nominated Ford vs Ferrari.

Niels Juul’s credits include The Irishman and Silence. 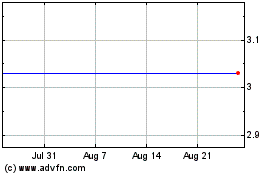 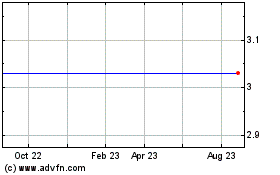 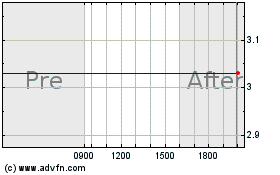