In late March, Alexander Klimenko, 81 years old, settled on a stool in his local pharmacy in Sheepshead Bay, Brooklyn. A nurse jabbed his arm with the Johnson & Johnson Covid-19 vaccine after explaining the procedure in Russian.

Mr. Klimenko, who takes care of his health and regularly jogs to Brooklyn's Manhattan Beach for a swim in the ocean, got vaccinated more than two months after he became eligible, even though he lives in a neighborhood that in recent months has had one of the highest Covid-19 death rates in the city.

He hadn't been sure where and how to sign up for the vaccine, he said, so he put it off until an acquaintance told him about availability at the Voorhies Health Pharmacy. Mr. Klimenko had walked in and put his name on the list. "Lyova told me he will call me when they get a shipment," Mr. Klimenko said, using an affectionate form of the first name of Lev Fuzaylov, owner and pharmacist at Voorhies Health. A couple of days later Mr. Klimenko got the shot.

By virtue of being local, as well as by the personal connection they have with their patients, often in their native languages, small non-chain pharmacies are able to serve those reluctant or unable to travel to mass-vaccination sites or navigate online registration, as well as those hesitant to get the shot. One in four Americans put their pharmacy as their first or second choice for where they would like to get vaccinated, according to a February survey by the National Community Pharmacy Association, which represents 21,000 independent pharmacies nationwide.

Yet independent pharmacies have struggled to obtain vaccines, frequently getting them later than other providers. About half of independent pharmacists around the nation said that their vaccine supply has been inadequate, according to an April survey by the National Community Pharmacy Association.

"We have worked on capacity building, readiness for receiving vaccine and on allocation of vaccine to independent pharmacies and we're grateful for all they do to vaccinate New Yorkers," a spokesman for the city's health department said

Mr. Fuzaylov, of Voorhies Health Pharmacy, said obtaining vaccines has proven difficult. Glitches with the New York City Immunization Registry also prevented him from uploading required patient information for a month, he said. A technical issue that the city has been working to address has been causing such problems, according to the health department.

Administering the shot is also labor intensive and costly, Mr. Fuzaylov said. Medicare increased payments to $40 a dose for the J&J vaccine in mid-March from $28. But Medicaid continued paying just $13.23 a dose, he said.

Mr. Fuzaylov was finally beginning to streamline the undertaking and planned to vaccinate more than 70 people with the J&J vaccine on April 13 at an adult daycare center in Sheepshead Bay near his pharmacy. He called off the immunization clinic when he learned of the federal government's call to pause the administration of the J&J vaccine because of concerns over potential side effects.

"I didn't expect it to be that much work," Mr. Fuzaylov said of administering vaccines.

The state of New York had 2,813 non-chain pharmacies in 2019, more than any other state, according to a report by Pharmaceutical Care Management Association, a group of pharmacy-benefit managers.

Philip Luk, owner of the recently established Phils Pill Pharmacy in Woodhaven, Queens, said he has been trying to provide vaccines to his customers. Woodhaven's Covid-19 positivity rates have been double that of the city's overall rate in recent months. Mr. Luk also said he hoped offering the vaccine would bring in more income and attract new clients.

On Feb. 1, Mr. Luk placed his first order for the vaccine through an administrator of the Federal Retail Pharmacy Program. For 13 straight weeks, his orders for vaccines were canceled without a stated reason.

Mr. Luk finally got his first batch of 100 doses of the J&J vaccine on April 1. By April 6 he administered all of them and filled a seven-page wait-list with names of more people seeking the vaccines.

Cardinal Health, a drug wholesale company that is one of the administrators of the Federal Retail Pharmacy Program in New York City, and the administrator used by both Voorhies Health and Phils Pill Pharmacy, said that just over half of the orders placed by its participating independent pharmacies in the city have been fulfilled as of April 12.

A representative of Cardinal Health said the company relies on New York City's Department of Health priorities to determine which pharmacies get the vaccines first. The city established priority ZIP Codes in January and those include Woodhaven and Sheepshead Bay.

Good Neighbor Pharmacy, part of AmerisourceBergen, a drug wholesale company and an administrator for the federal program, recently began serving New York state for the first time, based on the direction of the Centers for Disease Control and Prevention. Forty-five pharmacies in the state were able to get vaccines through Good Neighbor Pharmacy, with some of them getting fewer doses than they requested due to supply constraints, the company said. Of those, 17 paused administering shots through the company's program this week because they had received the J&J vaccine.

"We are getting to more stores, but we are still not swimming in vaccines," said Jenni Zilka, a senior vice president of Good Neighbor Pharmacy.

The Biden administration announced on March 29 a commitment to expand the number of pharmacies in the Federal Retail Pharmacy program to 40,000 from 17,000 by Monday.

Good Neighbor Pharmacy, meanwhile, is using the CDC's Social Vulnerability Index to determine which pharmacies get the vaccines first, Ms. Zilka said. But that index doesn't necessarily match where positivity rates are currently highest in the city, according to city data.

Despite the inconsistent vaccine supply, Mr. Fuzaylov's pharmacy has administered about 200 doses so far.

On an afternoon in late March, an elderly couple walked into his pharmacy to sign up the husband for the vaccine. After talking to Mr. Fuzaylov, the man's wife decided to get an appointment, as well. Mr. Fuzaylov's assistant added their contact information to a wait-list notebook filled with rows of names.

Write to Yuliya Chernova at yuliya.chernova@wsj.com 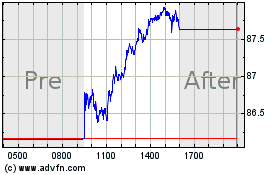