On March 29, 2021, Millendo Therapeutics, Inc., a Delaware corporation (“Millendo”), Mars Merger Corp., a Delaware corporation and a wholly owned subsidiary of Millendo (“Merger Sub”), and Tempest Therapeutics, Inc., a Delaware corporation (“Tempest”), entered into an Agreement and Plan of Merger (the “Merger Agreement”), pursuant to which, among other matters, and subject to the satisfaction or waiver of the conditions set forth in the Merger Agreement, Merger Sub will merge with and into Tempest, with Tempest continuing as a wholly owned subsidiary of Millendo and the surviving corporation of the merger (the “Merger”). The Merger is intended to qualify for federal income tax purposes as a tax-free reorganization under the provisions of Section 368(a) of the Internal Revenue Code of 1986, as amended.

Under the Exchange Ratio formula in the Merger Agreement, upon the closing of the Merger, on a pro forma basis and based upon the number of shares of Millendo common stock expected to be issued in the Merger, pre-Merger Millendo shareholders will own approximately 18.5% of the combined company and pre-Merger Tempest stockholders will own approximately 81.5% of the combined company (assuming the financing transaction described below results in gross proceeds of approximately $30 million). For purposes of calculating the Exchange Ratio, shares of Millendo common stock underlying Millendo stock options outstanding as of the immediately prior to the closing of the Merger with an exercise price per share of less than or equal to $5.00 (as adjusted for the reverse stock split described below) will be deemed to be outstanding and all shares of Tempest common stock underlying outstanding Tempest stock options, warrants and other derivative securities will be deemed to be outstanding. The Exchange Ratio will be adjusted to the extent that Millendo’s net cash at closing is less than $15.3 million or greater than $18.7 million and based on the amount of the financing transaction described below, as further described in the Merger Agreement.

In connection with the Merger, Millendo will seek the approval of its stockholders to (a) issue the shares of Millendo common stock issuable in connection with the Merger under the rules of The Nasdaq Stock Market LLC (“Nasdaq”) and (b) amend its certificate of incorporation to effect a reverse split of Millendo common stock at a ratio of between 1:10 and 1:15, as determined by a committee of the Millendo board of directors prior to the closing of the Merger (the “Millendo Voting Proposals”).

Concurrently with the execution and delivery of the Merger Agreement, certain parties have entered into agreements with Tempest pursuant to which they have agreed, subject to the terms and conditions of such agreements, to purchase prior to the consummation of the Merger shares of Tempest common stock for an aggregate purchase price of approximately $30 million. The consummation of the transactions contemplated by such agreements is conditioned on the satisfaction or waiver of the conditions set forth in the Merger Agreement. Shares of Tempest common stock issued pursuant to this financing transaction will be converted into shares of Millendo common stock in the Merger in accordance with the Exchange Ratio.

On March 29, 2021, Millendo and Tempest intend to make available to investors the presentation filed as Exhibit 99.2 to this Current Report on Form 8-K, which is incorporated herein by reference.

This Current Report on Form 8-K contains forward-looking statements (including within the meaning of Section 21E of the Exchange Act and Section 27A of the Securities Act of 1933, as amended (the “Securities Act”)) concerning Millendo, Tempest, the proposed transaction and other matters. These statements may discuss goals, intentions and expectations as to future plans, trends, events, results of operations or financial condition, or otherwise, based on current beliefs of the management of Millendo, as well as assumptions made by, and information currently available to, management of Millendo. Forward-looking statements generally include statements that are predictive in nature and depend upon or refer to future events or conditions, and include words such as “may,” “will,” “should,” “would,” “expect,” “anticipate,” “plan,” “likely,” “believe,” “estimate,” “project,” “intend,” and other similar expressions. Statements that are not historical facts are forward-looking statements. Forward-looking statements are based on current beliefs and assumptions that are subject to risks and uncertainties and are not guarantees of future performance. Actual results could differ materially from those contained in any forward-looking statement as a result of various factors, including, without limitation: the risk that the conditions to the closing of the transaction are not satisfied, including the failure to obtain stockholder approval for the transaction or to complete the financing in a timely manner or at all; uncertainties as to the timing of the consummation of the transaction and the ability of each of Millendo and Tempest to consummate the transaction; risks related to Millendo’s continued listing on the Nasdaq Stock Market until closing of the proposed transaction; risks related to Millendo’s and Tempest’s ability to correctly estimate their respective operating expenses and expenses associated with the transaction, as well as uncertainties regarding the impact any delay in the closing would have on the anticipated cash resources of the combined company upon closing and other events and unanticipated spending and costs that could reduce the combined company’s cash resources; the ability of Millendo or Tempest to protect their respective intellectual property rights; competitive responses to the transaction; unexpected costs, charges or expenses resulting from the transaction; potential adverse reactions or changes to business relationships resulting from the announcement or completion of the transaction; and legislative, regulatory, political and economic developments. The foregoing review of important factors that could cause actual events to differ from expectations should not be construed as exhaustive and should be read in conjunction with statements that are included herein and elsewhere, including the risk factors included in Millendo’s most recent Annual Report on Form 10-K, Quarterly Reports on Form 10-Q and Current Reports on Form 8-K filed with the SEC. Millendo can give no assurance that the conditions to the transaction will be satisfied. Except as required by applicable law, Millendo undertakes no obligation to revise or update any forward-looking statement, or to make any other forward-looking statements, whether as a result of new information, future events or otherwise.

This Current Report on Form 8-K is not intended to and does not constitute an offer to sell or the solicitation of an offer to subscribe for or buy or an invitation to purchase or subscribe for any securities or the solicitation of any vote in any jurisdiction pursuant to the proposed transaction or otherwise, nor shall there be any sale, issuance or transfer of securities in any jurisdiction in contravention of applicable law. No offer of securities shall be made except by means of a prospectus meeting the requirements of the Securities Act. Subject to certain exceptions to be approved by the relevant regulators or certain facts to be ascertained, the public offer will not be made directly or indirectly, in or into any jurisdiction where to do so would constitute a violation of the laws of such jurisdiction, or by use of the mails or by any means or instrumentality (including without limitation, facsimile transmission, telephone and the internet) of interstate or foreign commerce, or any facility of a national securities exchange, of any such jurisdiction.

Important Additional Information Will be Filed with the SEC

Millendo and its directors and executive officers may be deemed to be participants in the solicitation of proxies in connection with the proposed transaction. Information about Millendo’s directors and executive officers is included in Millendo’s most recent Annual Report on Form 10-K, including any information incorporated therein by reference, as filed with the SEC. Additional information regarding these persons and their interests in the transaction will be included in the proxy statement/prospectus/information statement relating to the transaction when it is filed with the SEC. These documents can be obtained free of charge from the sources indicated above. 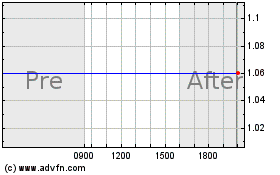