The partnership will include sponsored livestreams, including the first one on November 18th in which Booker will reveal a unique custom A40 Glow-in-the-Dark headset which he co-designed. This new headset will only be available to win via giveaway during the streams, as well as via auction as part of a larger charitable initiative in 2022 to support Booker's Starting Five charity.

“I am extremely excited to officially join the ASTRO Gaming family. When I started to take gaming more seriously, one of my first purchases was the ASTRO A40 headset because it gave me a competitive gaming advantage,” said Booker. “With my ASTRO headset, I’m always on top of my game, and I can't wait to share with the world all of the collaborations we have planned.”

Booker is considered by many to be the top gamer in the NBA. He won the 2020 ESPN NBA2K Players Tournament and excels at competitive Call of Duty, Warzone, APEX and many other games. Inspired by his older brother Davon to take up gaming at a young age, Booker joined TWITCH in 2019, and became one of the top athletes to watch on stream while quarantining and social distancing protocols were in place.

“We are thrilled to welcome Book to the ASTRO Gaming family,” said Aron Drayer, Vice President of Marketing at ASTRO Gaming. “His skills on the court, along with his passion for gaming, will elevate the awareness of gaming and esports with gamers and traditional sports fans alike.”

The first livestream will occur on November 18th at 6 PM PST on Booker’s Twitch channel, https://www.twitch.tv/dbook. He will be joined by his brother Davon, where they will be playing Call of Duty Warzone in a party with special surprise guests from the Call of Duty League community. They will also giveaway the first Glow-in-the-Dark A40s to some lucky viewers.

ASTRO Gaming creates premium video gaming equipment and lifestyle products proven by professional gamers and content creators. ASTRO is a division of Logitech G, committed to Advancing Play For All. ASTRO Gaming was spun-off from ASTRO Studios, known for designing the Xbox 360® and numerous other gaming products. All ASTRO Gaming products are available at astrogaming.com. Connect with ASTRO Gaming on Twitter @ASTROGaming, Instagram or our blog.

Logitech (NASDAQ:LOGI)
Historical Stock Chart
From Apr 2022 to May 2022 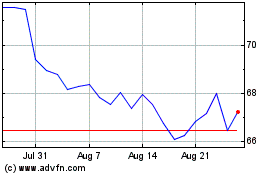 Logitech (NASDAQ:LOGI)
Historical Stock Chart
From May 2021 to May 2022 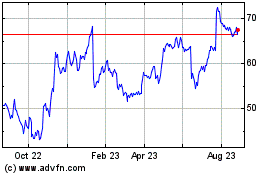 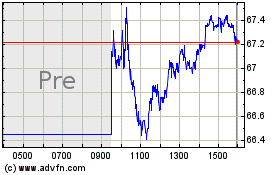