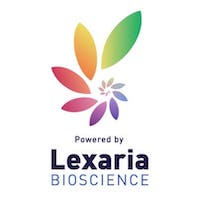 New patent granted in India bolsters worldwide patent coverage, adding to existing patents in the EU, the U.S., and Australia

The patent is titled "Stable ready-to-drink beverage compositions comprising lipophilic active agents" and is of particular importance given the size of the Indian population, which is nearly four times as large as the U.S. population. The patent is valid for 20 years from the patent application date of Dec. 1, 2016.

"This is our 19th patent granted worldwide, allowing us to innovate in the ready-to-drink beverage composition category around the world," said Chris Bunka, CEO of Lexaria. "This new patent complements our existing suite of granted patents spanning the EU, the U.S., and Australia, and provides intellectual property protection to both consumer-packaged goods as well as registered drug applications. We believe these are robust growth categories that add to Lexaria's strategic value."

This is the second patent granted from Lexaria's third patent family. Lexaria's patent application suite has grown to a total of 13 patent families. Active ingredients that may be used under this new patent include NSAIDS (e.g., acetylsalicylic acid, ibuprofen, diclofenac, indomethacin, piroxicam), fat-soluble vitamins, and acetaminophen. Active ingredients under the new patent also include nicotine and cannabinoids.

Lexaria has patent applications progressing in countries around the world with aggregate populations of approximately 3.7 billion people and will report on further progress as information becomes available.

Lexaria Bioscience Corp.'s proprietary drug delivery technology, DehydraTECH™, improves the way active pharmaceutical ingredients (APIs) enter the bloodstream by promoting healthier oral ingestion methods and increasing the effectiveness of fat-soluble active molecules, thereby lowering overall dosing. The Company's technology can be applied to many different ingestible product formats, including foods, beverages, oral suspensions, tablets, and capsules. DehydraTECH has repeatedly demonstrated since 2016 with cannabinoids and nicotine the ability to increase bio-absorption by up to 5-10x, reduce time of onset from 1-2 hours to minutes, and mask unwanted tastes. DehydraTECH is planned to be further evaluated for orally administered bioactive molecules, including anti-virals, cannabinoids, vitamins, non-steroidal anti-inflammatory drugs (NSAIDs), and nicotine. Lexaria has licensed DehydraTECH to multiple companies, including a world-leading tobacco producer for the development of smokeless, oral-based nicotine products, and for use in industries that produce cannabinoid beverages, edibles, and oral products. Lexaria operates a licensed in-house research laboratory and holds a robust intellectual property portfolio with 19 patents granted and approximately 60 patents pending worldwide. For more information, please visit www.lexariabioscience.com.

This press release includes forward-looking statements. Statements as such term is defined under applicable securities laws. These statements may be identified by words such as "anticipate," "if," "believe," "plan," "estimate," "expect," "intend," "may," "could," "should," "will," and other similar expressions. Such forward-looking statements in this press release include, but are not limited to, statements by the Company relating the Company's ability to carry out research initiatives, receive regulatory approvals or grants, or experience positive effects or results from any research or study. Such forward-looking statements are estimates reflecting the Company's best judgment based upon current information and involve a number of risks and uncertainties, and there can be no assurance that the Company will actually achieve the plans, intentions, or expectations disclosed in these forward-looking statements. As such, you should not place undue reliance on these forward-looking statements. Factors which could cause actual results to differ materially from those estimated by the Company include, but are not limited to, government regulation and regulatory approvals, managing and maintaining growth, the effect of adverse publicity, litigation, competition, scientific discovery, the patent application and approval process, potential adverse effects arising from the testing or use of products utilizing the DehydraTECH technology, the Company's ability to maintain existing collaborations and realize the benefits thereof, delays or cancellations of planned R&D that could occur related to pandemics or for other reasons, and other factors which may be identified from time to time in the Company's public announcements and periodic filings with the U.S. Securities and Exchange Commission on EDGAR. There is no assurance that any of Lexaria's postulated uses, benefits, or advantages for the patented and patent-pending technology will in fact be realized in any manner or in any part. No statement herein has been evaluated by the Food and Drug Administration (FDA). Lexaria-associated products are not intended to diagnose, treat, cure, or prevent any disease. Any forward-looking statements contained in this release speak only as of the date hereof, and the Company expressly disclaims any obligation to update any forward-looking statements contained herein, whether as a result of any new information, future events, changed circumstances, or otherwise, except as otherwise required by law.

The CSE has not reviewed and does not accept responsibility for the adequacy or accuracy of this release. 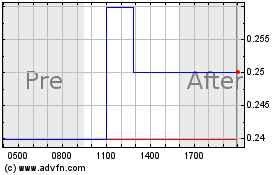