The U.S. government is relinquishing control over supplies of remdesivir, the Covid-19 drug made by Gilead Sciences Inc. that had been in shortage since it was authorized for emergency use in May.

Starting Thursday, Gilead will sell the drug directly to hospitals in the same way it does other medicines based on market demand, the Department of Health and Human Services and the company said.

Gilead also said it is now able to meet current and future U.S. demand for remdesivir, which is sold under the brand-name Veklury, even in a potential worst-case scenario where there are large spikes in cases in the fall.

"We are in a position now that we will have sufficient supply of Veklury in the U.S. to treat all eligible hospitalized patients," said Johanna Mercier, Gilead's chief commercial officer, in an interview.

Before Thursday, HHS was responsible for allocating Gilead's supply of remdesivir among U.S. states and territories.

HHS has found in recent weeks that states and territories haven't been accepting or needing their full allotments of remdesivir, and hospitals haven't been purchasing the full amount allocated to them by states, said John Redd, chief medical officer of the HHS Office of Assistant Secretary for Preparedness and Response.

"We see this as a very good sign," Dr. Redd said in a call with reporters. "And it's been a key indicator that the supply of remdesivir now outweighs demand and there's no further need for the federal government to oversee allocation of the drug."

Remdesivir is among only a few drugs that have been shown to treat Covid-19 and were cleared by the U.S. Food and Drug Administration for such use.

The drug was authorized for emergency use on May 1, after a clinical trial showed it speeded up patients' recovery time in the hospital by about four days. So far, the drug hasn't been shown to reduce deaths.

Since the authorization, HHS has allocated limited supplies to states based on hospitalization rates. States were, in turn, responsible for allocating the drug to specific hospitals, with the help of wholesale distributor AmerisourceBergen Corp.

Gilead raced to ramp up its manufacturing capacity. When the new coronavirus was identified in January, the company only had the doses it made to study the drug as an Ebola treatment and hadn't yet optimized the process for manufacturing it at large-scale.

Supplies and distribution improved over time, though many hospitals continued to face challenges giving the drug to all their Covid-19 patients, The Wall Street Journal reported.

In recent weeks, Gilead's remdesivir inventory has risen as demand for the drug remained steady or declined slightly in the U.S., said Ms. Mercier.

The company has ramped up manufacturing capacity, according to Ken Kent, Gilead's senior vice president for chemical development and manufacturing. He said the company cut the time to make the drug to six months from a year.

"I don't know if we can do it any faster," Mr. Kent said in an interview.

Gilead donated about 150,000 treatment courses of remdesivir to the U.S. government from May through July.

HHS purchased a portion of the remainder for use by the National Institutes of Health and to include in the national stockpile, Dr. Redd said.

Gilead has applied to have remdesivir receive a full approval from the Food and Drug Administration, Ms. Mercier said.

Gilead charges $3,120 per treatment for the typical patient in the U.S. Beginning in 2021, Gilead will distribute the drug through additional wholesalers, including McKesson Corp. and Cardinal Health Inc., Ms. Mercier said. 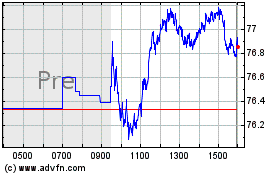