Bankruptcy administrators for defunct retailer Toys "R" Us Inc. are trying to put its former top leaders on trial before a jury over the millions of dollars in bonuses they pocketed days before the company's plunge into bankruptcy.

The proposed jury trial concerns the practice of corporate executives collecting bonuses shortly before their businesses file for bankruptcy, leaving debts unpaid and employees at risk. While the Toys "R" Us bonus payments occurred in 2017, a range of businesses paid similar bonuses during the Covid-19 pandemic as they teetered on the brink of bankruptcy.

Companies including rental-car giant Hertz Global Holdings Inc., department store chain J.C. Penney Co. and oil-and-gas driller Chesapeake Energy Corp. all dispensed bonuses shortly before they filed for bankruptcy last year as Covid-19 upended the U.S. economy. The stated rationale for the bonuses was retention -- to persuade top executives to stick in their jobs despite their employers' troubles.

By paying bonuses before bankruptcy, the companies got around legal restrictions on such "stay pay," which kick in once a business files for chapter 11. Creditors largely grumbled in private, but few took action in bankruptcy court to try to get the money back.

Now, however, the practice is being hotly disputed in the aftermath of the 2017 bankruptcy of Toys "R" Us -- one of the few times the legality of retention bonuses has been seriously tested in bankruptcy court. Although the company's once-mighty fleet of toy stores is long gone, a bankruptcy trust set up to scrounge up money for unpaid suppliers is still around, as a vehicle for litigation.

The goal of the litigation trust: recover money for suppliers that shipped goods to Toys "R" Us after it filed for bankruptcy and are still owed roughly $800 million. Litigation targets include former Toys "R" Us executives led by former Chief Executive David Brandon. The trust is asking the U.S. Bankruptcy Court in Richmond to examine the prebankruptcy bonuses they collected, along with other alleged wrongdoing.

Mr. Brandon received $2.8 million as part of a program that handed top executives 75% of their annual salary three days before bankruptcy, according to the trust's court papers. The executives have denied wrongdoing in their own court filings and said the trust isn't entitled to put its claims before a jury.

Jury trials are rarities in corporate bankruptcy disputes, which are usually decided by judges alone. A jury trial would allow members of the public to weigh the executives' bonuses against the 31,000 people who lost their jobs and didn't get the severance pay they expected because Toys "R" Us failed to reorganize.

Last year, the proliferation of retention pay among distressed companies generated enough blowback for the Government Accountability Office, the investigative arm of Congress, to begin gathering data as part of a funding recommendation for the Justice Department. The GAO report is due in October.

Rep. W. Gregory Steube (R., Fla.) introduced legislation in January to ban executive bonuses for a year before and a year after a bankruptcy filing.

But aside from some isolated cases, creditors of bankrupt businesses have shown little appetite to demand that executives return some or all of the retention pay they received. Only a handful of creditor groups have raised formal objections to bonuses paid out after Covid-19 hit by companies that later went bankrupt, a review by The Wall Street Journal found.

They include West Texas fracker Sable Permian Resources LLC and natural gas producer Gulfport Energy Corp., both of which improved the treatment of their creditors after objections were filed around retention bonuses they paid.

Corporate leaders' eagerness to collect stay pay from their own troubled companies is an embarrassment to many bankruptcy professionals, generating "widespread frustration over how this practice has emerged and been tolerated," said Jared Ellias, professor at University of California Hastings College of the Law.

"It's usually a bad negotiating tactic to go after the wallet of the person that you need stuff from," he said. 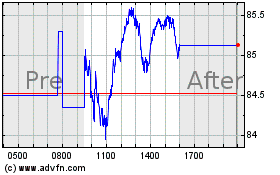