18.09
0.00 (0.0%)
Upgrade to Real-Time
Afterhours
18.09
Current Report Filing (8-k)
September 14 2021 - 06:02AM
Edgar (US Regulatory)
0001820630false00018206302021-09-132021-09-130001820630us-gaap:CommonStockMember2021-09-132021-09-130001820630us-gaap:WarrantMember2021-09-132021-09-13
UNITED STATES
SECURITIES AND EXCHANGE COMMISSION
Washington, D.C. 20549
FORM 8-K
CURRENT REPORT
Pursuant to Section 13 or 15(d) of the
Securities Exchange Act of 1934
Date of report (Date of earliest event reported): September 13, 2021 (September 10, 2021)
Proterra Inc
(Exact name of registrant as specified in its charter)
1815 Rollins Road
Burlingame, California 94010
(Address of registrant’s principal executive offices, and zip code)
(864) 438-0000
(Registrant’s telephone number, including area code)
N/A
(Former name or former address, if changed since last report)
Check the appropriate box below if the Form 8-K filing is intended to simultaneously satisfy the filing obligation of the registrant under any of the following provisions:
Securities registered pursuant to Section 12(b) of the Act:
Indicate by check mark whether the registrant is an emerging growth company as defined in Rule 405 of the Securities Act of 1933 or Rule 12b-2 of the Securities Exchange Act of 1934.
Emerging growth company ☒
If an emerging growth company, indicate by check mark if the registrant has elected not to use the extended transition period for complying with any new or revised financial accounting standards provided pursuant to Section 13(a) of the Exchange Act. ☒
Item 5.02 Departure of Directors or Certain Officers; Election of Directors; Appointment of Certain Officers; Compensatory Arrangement of Certain Officers.
(a) On September 10, 2021, the Board of Directors (the “Board”) of Proterra Inc (the “Company”) appointed Gareth T. Joyce, age 48, as President of Proterra Operating Company, Inc. (“Proterra Operating Co.”) effective as of September 13, 2021. There are no arrangements between Mr. Joyce and any other person pursuant to which he was selected to become the President of Proterra Operating Co. Mr. Joyce does not have any family relationship with any executive officer or director of the Company, or with any person selected to become an officer or director of the Company. Neither Mr. Joyce nor any member of his immediate family has any direct or indirect material interest in any transaction required to be disclosed pursuant to Item 404(a) of Regulation S-K. In connection with his appointment to President of Proterra Operating Co., Mr. Joyce will receive a salary increase from $340,000 to $450,000 in base salary, and his bonus target under the Company’s Key Employee Incentive Plan will increase from 50% to 75% of his base salary. The Board also intends to make Mr. Joyce an equity award under the Company’s 2021 Equity Incentive Plan of $597,260 in value on the date of grant, with a four year annual ratable vesting period. Prior to his appointment as President of Proterra Operating Co., Mr. Joyce served as the President of Proterra Powered and Energy, a business unit of Proterra Operating Co., since November 2020. Mr. Joyce previously worked at Delta Air Lines, Inc., an international airline company, serving as President of Delta Cargo between April 2016 and March 2020, Senior Vice President for Airport Customer Services between February 2017 and March 2020, and as Chief Sustainability Officer from March 2020 until November 2020. Mr. Joyce has also served as an Executive Board Member for DAL Global Services, LLC, doing business as Delta Global Services (now Unifi). Previously, Mr. Joyce served as President and Chief Executive Officer of Mercedes-Benz Canada Inc. in 2016, having formerly served as Vice President of Customer Services at Mercedes-Benz USA, LLC between 2012 and 2016, Vice President of Customer Services at Mercedes-Benz Cars Nederland B.V. between 2009 and 2012, and Vice President of Customer Service at Mercedes-Benz South Africa Ltd. between 2007 and 2009, and before that as Senior Technical Manager and a Divisional Manager for the same organization. Mr. Joyce has served on the board of directors of the American Cancer Society, a voluntary organization, since 2016.
(b) The Company’s Board accepted the resignation of Amy. E. Ard, Chief Financial Officer of the Company and its subsidiary, Proterra Operating Co. on September 10, 2021. Ms. Ard’s resignation as Chief Financial Officer will be effective September 15, 2021. Ms. Ard has agreed to provide transition services to the Company until the earlier of 30 days after the appointment of a new permanent Chief Financial Officer or February 1, 2022. Ms. Ard’s decision to leave the Company is not the result of any disagreement regarding the Company’s financial reporting or accounting policies, procedures, estimates or judgments.

Item 9.01 Financial Statements and Exhibits.
(a) Exhibits.
SIGNATURES
Pursuant to the requirements of the Exchange Act, the registrant has duly caused this report to be signed on its behalf by the undersigned hereunto duly authorized.
Date: September 13, 2021
ArcLight Clean Transition (NASDAQ:ACTC)
Historical Stock Chart
From Sep 2021 to Oct 2021 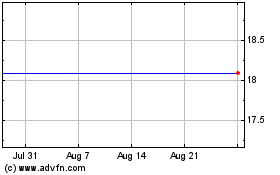 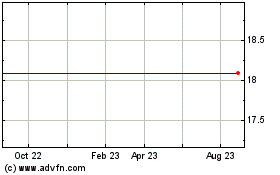 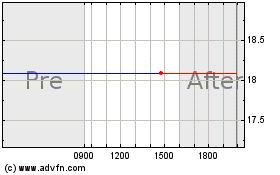