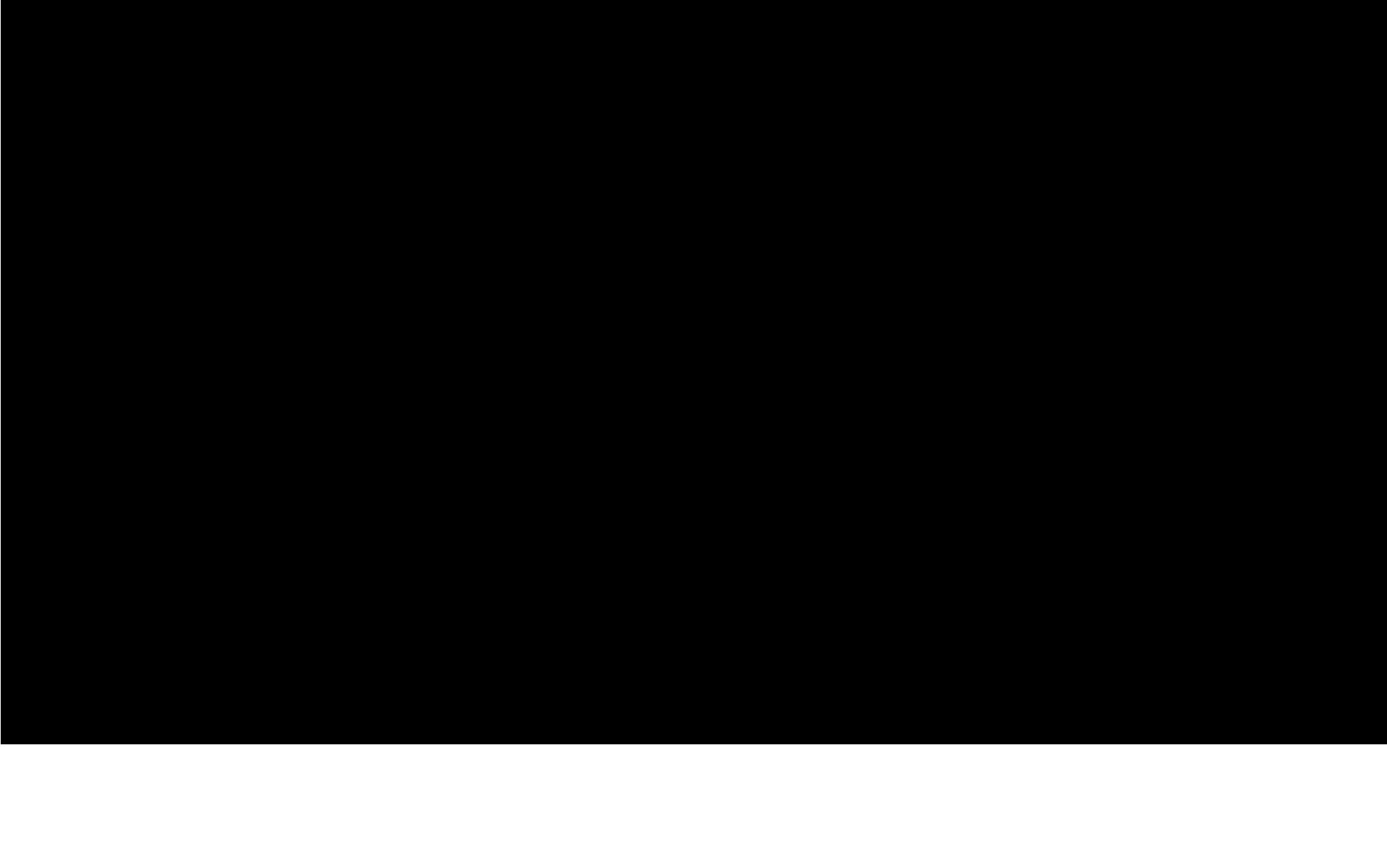 Note 2 - Income Taxes
Corporate tax rates range from 10% to 34%. The Company provided a valuation allowance equal to the deferred tax amounts resulting from the tax losses in the United States, as it is not likely that they will be realized.
The U.S. tax losses can be carried forward for 15 to 20 years to offset future taxable income and expire in years 2020 to 2029.
The provision for income taxes for the nine months ended September 31, 2017 and 2016 are summarized as follows:
The Company has deferred tax assets (liabilities) at September 30, 2017 and December 31, 2016 as follows:
Note 3 – Capital Stock
On March 12, 2011, the Company entered into a share purchase agreement with an officer of the Company, for the sale and issuance of 1,391 shares of common stock at a price of $0.03 per share.
In the 4th quarter of 2011, the Company issued 7,795 shares of common stock for services at a price of $0.03 per share.
On March 16, 2017, the Company effected a 1 for 4,000 reverse stock split.  All share and per share information have been retroactively adjusted for this reverse stock split.
F-8
9
Table of Content
Forward Looking Statements
This section and other parts of this Form 10-Q quarterly report includes "forward-looking statements", that involves risks and uncertainties. All statements other than statements of historical facts, included in this Form 10-Q that address activities, events, or developments that we expect or anticipate will or may occur in the future, including such things as future capital expenditures (including the amount and nature thereof), business strategy and measures to implement strategy, competitive strength, goals, expansion and growth of our business and operations, plans, references to future success, reference to intentions as to future matters, and other such matters are forward-looking statements. In some cases, you can identify forward-looking statements by terminology such as "may," "will," "should," "expects," "plans," "anticipates," "believes," "estimates," "predicts," "potential," or "continue," or the negative of such terms or other comparable terminology. These statements are only predictions. Actual events or results may differ materially. These statements are based upon certain assumptions and analyses made by us in light of our experience and our perception of historical trends, current conditions and expected future developments as well as other factors that we believe are appropriate in the circumstances. However, whether actual results and developments will conform to our expectations and predictions is subject to a number of risks, uncertainties, and other factors, many of which are beyond our control.
Although we believe that the expectations reflected in the forward-looking statements are reasonable, we cannot guarantee future results, levels of activity, performance, or achievements. Moreover, we do not assume responsibility for the accuracy and completeness of such forward-looking statements. We are under no duty to update any of the forward-looking statements after the date of this report to conform such statements to actual results.
RESULTS OF OPERATIONS
(in thousands)
Working Capital
Cash Flows
10
Table of Content
We have generated revenues of $0 and $0 for the three and nine months ended September 30, 2017 and 2016.

We have not attained profitable operations and are dependent upon the continued financial support from our shareholders, the ability to raise equity or debt financing, and the attainment of profitable operations from our future business. These factors raise substantial doubt regarding our ability to continue as a going concern.
We have no significant off-balance sheet arrangements that have or are reasonably likely to have a current or future effect on our financial condition, changes in financial condition, revenues or expenses, results of operations, liquidity, capital expenditures or capital resources that are material to stockholders.


The Company will consider selling securities in the future to fund operations.   There is no assurance that we will achieve any additional sales of the equity securities or arrange for debt or other financing to fund our operations and other activities.
12
Table of Content
Critical Accounting Policies
Our consolidated financial statements and accompanying notes have been prepared in accordance with United States generally accepted accounting principles applied on a consistent basis. The preparation of financial statements in conformity with U.S. generally  accepted accounting principles requires management to make estimates and assumptions that affect the reported amounts of assets and liabilities, the disclosure of contingent assets and liabilities at the date of the consolidated financial statements and the reported amounts of revenues and expenses during the reporting periods.
We regularly evaluate the accounting policies and estimates that we use to prepare our consolidated financial statements. A complete summary of these policies is included in the notes to our consolidated financial statements. In general, management's estimates are based on historical experience, on information from third party professionals, and on various other assumptions that are believed to be reasonable under the facts and circumstances. Actual results could differ from those estimates made by management.
Recently Issued Accounting Pronouncements
The Company has implemented all new accounting pronouncements that are in effect. These pronouncements did not have any material impact on the financial statements unless otherwise disclosed, and the Company does not believe that there are any other new accounting pronouncements that have been issued that might have a material impact on its financial position or results of operations.
Market risk is the risk of loss from adverse changes in market prices and rates. The Company's market risk arises primarily from the fact that the area in which we do business is highly competitive and constantly evolving. The market in which we do business is highly competitive and constantly evolving. We face competition from the larger and more established companies, from companies that have greater resources, including but not limited to, more money, and greater ability to expand their markets also cut into our potential customers. Many of our competitors have longer operating histories, significantly greater financial strength, nationwide advertising coverage and other resources that we do not have.
Evaluation of Disclosure Controls and Procedures

Based on their evaluation of our disclosure controls and procedures(as defined in Rule 13a-15e under the Securities Exchange Act of 1934 the "Exchange Act"), our principal executive officer and principal financial officer have concluded that as of the end of the period covered by this quarterly report on Form 10-Q such disclosure controls and procedures were not effective due to the lack of segregation of duties and lack of a formal review process that includes multiple levels of review to ensure that information required to be disclosed by us in reports that we file or submit under the Exchange Act is recorded, processed, summarized and reported within the time periods specified in Securities and Exchange Commission rules and forms because of the identification of a material weakness in our internal control over financial reporting which we view as an integral part of our disclosure controls and procedures. The material weakness relates to the lack of segregation of duties in financial reporting, as our financial reporting and all accounting functions are performed by an external consultant with no oversight by a professional with accounting expertise.  Our CEO/CFO does not possess accounting expertise and our company does not have an audit committee.  This weakness is due to the company's lack of working capital to hire additional staff.  To remedy this material weakness, we intend to engage another accountant to assist with financial reporting as soon as our finances will allow.
Changes in Internal Control over Financial Reporting

Except as noted above, there have been no changes in our internal control over financial reporting identified in connection with the evaluation required by paragraph (d) of Exchange Act Rules 13a-15 or 15d-15 that occurred during our first quarter that have materially affected, or are reasonably likely to materially affect, our internal control over financial reporting.
13
Table of Content
PART II - OTHER INFORMATION
None
We are a smaller reporting company as defined by Rule 12b-2 of the Securities Exchange Act of 1934 and are not required to provide the information under this item.
None
None
Not Applicable

SIGNATURES
Pursuant to the requirements of the Securities Exchange Act of 1934, this report has been signed below by the following person on behalf of the Registrant and in the capacities on this 25th of February 2020.
16 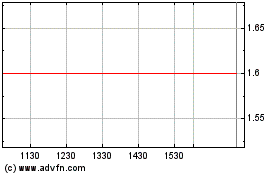