Kohl's said comparable sales -- typically those from stores open at least a year -- increased 0.4% from a year ago in the quarter ended Nov. 2, after several quarters of declines. The increase was less than Wall Street expected. Executives said the chain was entering the holiday period with momentum, but lowered their profit forecasts for the rest of the year.

Kohl's Chief Executive Michelle Gass said August got off to a strong start with a successful back-to-school season, but business weakened in September with unseasonably warm weather. That prompted competitors to ramp up discounts. Kohl's reacted by stepping up its own promotions, which hurt profit margins, but helped it regain sales momentum in October.

"We are going to make the short-term investment in pricing to make sure we capture these customers," Ms. Gass said.

TJX, parent of the TJ Maxx and HomeGoods chains, reported a 4% jump in comparable sales in the quarter ended Nov. 2 and raised its profit forecasts for the rest of the year. Executives cited strong traffic to its stores and an abundance of merchandise that the discount chain can buy to fill its stores.

"We are seeing fantastic, widespread availability of quality, branded merchandise and are in a great position to capitalize on these opportunities," CEO Ernie Herrman said.

Meanwhile, Home Depot lowered its sales forecast for the year Tuesday after third-quarter revenue fell short of Wall Street expectations. Same-store sales were up 3.6% for the period ended Nov. 3, below the 4.7% analysts were expecting.

The results follow a strong report from Walmart Inc. Last week, the country's biggest retailer reported rising comparable sales and said traffic to its U.S. stores were strong. Later this week, investors will hear from Target Corp. and Macy's Inc.

Consumer spending has been relatively strong this year, helped by the strong U.S. economy and low unemployment. Retail sales rose slightly in October, the Commerce Department said Friday, after a drop in September. Excluding vehicles and gasoline, categories that are often volatile, spending rose just 0.1% from a month earlier, as Americans spent less on clothing and eating out.

Ms. Gass said Kohl's was well positioned for the holiday season. This will be the first holiday that the chain will accept returns of products bought on Amazon.com Inc. in all of its more than 1,100 stores. Ms. Gass said the program is bringing in new and younger customers to Kohl's. The retailer has also rolled out new lines by designer Jason Wu, Nine West and Elizabeth and James. And it is expanding its athletic offerings from companies such as Adidas AG and Nike Inc.

"Theoretically, this gives the consumer greater ability to shop around and to snag a bargain," Mr. Saunders wrote in a note to clients. "In practice, however, much of the discounting is occurring at the weaker retailers which consumers are not inspired to visit."

Home Depot blamed its disappointing quarterly sales numbers on investments taking longer than anticipated to pay off. Home Depot has been trying to more closely integrate its online business with its network of about 2,290 bricks-and-mortar stores over the past few years.

"Our sales performance was below our expectations," Chief Executive Craig Menear said. "Our rollout is largely on track and we are realizing benefits, it's just taking a little longer than our original assumptions."

Third-quarter sales at the Atlanta company rose 3.5% from a year ago to $27.22 billion. Overall, the company posted net income of $2.77 billion, compared with $2.87 billion a year ago.

--Patrick Thomas contributed to this article.

Write to Allison Prang at allison.prang@wsj.com and Patrick Thomas at Patrick.Thomas@wsj.com 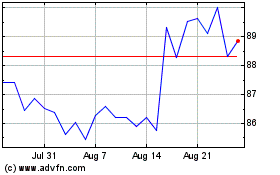 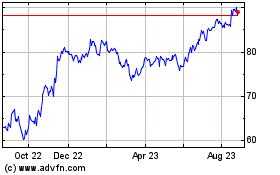 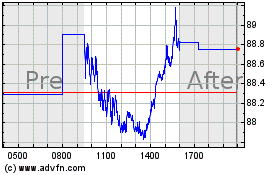