If declared, the fixed quarterly distributions on the Series 7 Units during the five years commencing February 1, 2021 will be paid at an annual rate of 5.50% ($0.343750 per unit per quarter).

Holders of Series 7 Units have the right, at their option, exercisable not later than 5:00 p.m. (Toronto time) on January 18, 2021, to reclassify all or part of their Series 7 Units, on a one-for-one basis, into Class A Preferred Limited Partnership Units, Series 8 (“Series 8 Units”), effective January 31, 2021.

Brookfield Renewable operates one of the world’s largest publicly traded, pure-play renewable power platforms. Our portfolio consists of hydroelectric, wind, solar and storage facilities in North America, South America, Europe and Asia, and totals over 19,000 megawatts of installed capacity and an 18,000 megawatt development pipeline. Investors can access our portfolio either through Brookfield Renewable Partners L.P. (NYSE: BEP; TSX: BEP.UN), a Bermuda-based limited partnership, or Brookfield Renewable Corporation (NYSE, TSX: BEPC), a Canadian corporation. Further information is available at www.bep.brookfield.com and www.bep.brookfield.com/bepc. Important information may be disseminated exclusively via the website; investors should consult the site to access this information. 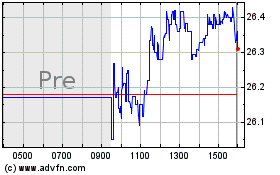