0.7483
0.0037 (0.5%)
Upgrade to Real-Time
Afterhours
0.7483
Amended Statement of Beneficial Ownership (sc 13d/a)
January 25 2019 - 05:31PM
Edgar (US Regulatory)
UNITED STATES
SECURITIES AND EXCHANGE COMMISSION
Washington, D.C. 20549
SCHEDULE 13D/A
(Amendment No. 4)*
Under the Securities Exchange Act of 1934
If the filing person has previously filed a statement on Schedule 13G to report the acquisition that is the subject of this Schedule 13D, and is filing this schedule because of §240.13d-1(e), §240.13d-1(f) or §240.13d-1(g), check the following box £ .
Note.   Schedules filed in paper format shall include a signed original and five copies of the schedule, including all exhibits.  See Rule 240.13d-7 for other parties to whom copies are to be sent.
*The remainder of this cover page shall be filled out for a reporting person’s initial filing on this form with respect to the subject class of securities, and for any subsequent amendment containing information which would alter disclosures provided in a prior cover page.
The information required on the remainder of this cover page shall not be deemed to be “filed” for the purpose of Section 18 of the Securities Exchange Act of 1934 (“Act”) or otherwise subject to the liabilities of that section of the Act but shall be subject to all other provisions of the Act (however, see the Notes).

As previously reported in Amendment No. 1, the Stockholders delivered written consents to the Company on June 29, 2018 and July 5, 2018 resolving to remove Mr. Lorrence Kellar from the Board and to elect and appoint Mr. Jeffrey Mayer as a director to fill the resulting vacancy (the “ Mayer Consents ”), effective July 5, 2018. The Board, however, did not recognize the removal of Mr. Kellar or the appointment of Mr. Mayer.

Thereafter, on September 18, 2018, the Stockholders delivered executed written consents resolving to adopt the By-law Amendments which, together with the shares of Common Stock represented by the August 6 Consent, represented a majority of the Company’s outstanding Common Stock (the “ By-law Consents ”). Upon delivery of the By-law Consents, the By-law Amendments became effective under Section 228 of the Delaware General Corporation Law (the “ DGCL ”).

On September 18, 2018, Mr. Brown also filed an action in the Court (C.A. No. 2018-0687) pursuant to DGCL Section 225 seeking a declaratory judgment that the Mayer Consents were valid and effective and that Mr. Kellar had validly been removed from the Board and Mr. Mayer has validly been elected to the Board (the “ 225 Action ”). A copy of the complaint was filed as Exhibit 5 to Amendment No. 3.

On January 18, 2019, the parties mutually agreed to settle the By-law Action and the 225 Action (the “ Settlement ”) and submitted Stipulations of Dismissal to the Court, copies of which are attached hereto as Exhibits 7 and 8. Pursuant to the terms of the Settlement:

Following the Settlement, in its Current Report on Form 8-K filed on January 25, 2019, the Company commented: “The [Company] and other parties are happy to have the settled actions dismissed and behind them so that all can return to work and focus on the business of the [Company] and continuing to build value for all stockholders.  Through their settlement discussions, the parties came to better understand that they each believed they undertook, pursued and defended the [By-law Action and the 225 Action] in the ways they perceived to be in the best interest of the [Company’s] stockholders, and they agreed that the negotiated compromise to restate the [Company’s] By-Laws was in the best interests of the [Company’s] stockholders.” The Company further stated, “Although many contributed to the Settlement, the [Company] wants to especially thank its Chairman, Arthur B. Drogue, and its Vice-Chairman, William H. Bartels, for their considerable efforts in bringing the parties together to lay the foundation for the Settlement.”

Except as otherwise set forth in this Item 4, the Reporting Person (alone or in conjunction with other stockholders of the Company) currently has no plan or proposal which relates to or would result in any of the matters referred to in paragraphs (a) through (j), inclusive, of Item 4 of Schedule 13D; provided, such plans or proposals may have been considered, and may from time to time hereafter be considered. The Reporting Person may also acquire or dispose of Company securities in the ordinary course.

Item 5 of the Schedule 13D is hereby amended and supplemented as follows:

Except for the foregoing transactions, no transactions in the Common Stock of the Company have been effected by the Reporting Person or by Mr. Brown in the past 60 days.

After reasonable inquiry and to the best of the undersigned’s knowledge and belief, the undersigned, William H. Bartels, hereby certifies that the information set forth in this Schedule 13D/A is true, complete and correct. 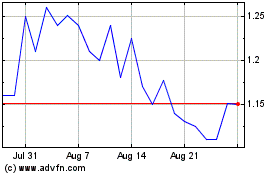 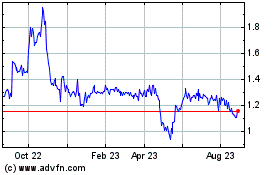 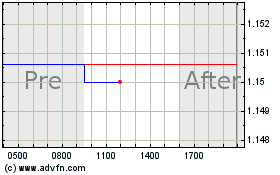