“The coming months will be an important period for AVEO, with filing of a New Drug Application (NDA) for tivozanib as a treatment for relapsed or refractory renal cell carcinoma (RCC) planned for the end of this quarter, and reporting of the final overall survival (OS) update for the TIVO-3 trial expected by June,” said Michael Bailey, president and chief executive officer of AVEO. “As we work toward the potential FDA marketing approval of tivozanib, our attention will turn increasingly to commercialization and potential expanded clinical opportunities, while further advancing the balance of our pipeline. We continue to believe that our tivozanib dataset in RCC, which provides insights into the sequencing of therapies, notably, following immunotherapy, positions tivozanib well within this meaningful and growing relapsed or refractory RCC patient population.”

Mr. Bailey added: “In addition, we look forward to continuing to build on the clinical evaluation of tivozanib-immunotherapy (IO) combinations, such as those studied in the TiNivo trial of tivozanib and OPDIVO® (nivolumab) in RCC, for which we reported encouraging final PFS data at last year’s ESMO Conference, and the DEDUCTIVE trial of tivozanib and IMFINZI® (durvalumab) in hepatocellular carcinoma (HCC). With a favorable tolerability profile and results suggesting additive or synergistic activity in both treatment naïve and previously treated RCC patients, our early data support the potential for tivozanib to serve as a TKI companion in combination with IO therapy. Beyond tivozanib, building on promising results seen to date, we look forward to continued progress in the evaluation of ficlatuzumab in multiple clinical trials, including two ongoing randomized Phase 2 trials, one in acute myeloid leukemia (AML) and one in head and neck cancer, with the goal of identifying a pivotal trial design for registration, assuming favorable trial outcomes.”

AVEO believes that its cash, cash equivalents and marketable securities of approximately $47.7 million at December 31, 2019, along with anticipated partnership payments from cost sharing obligations and royalty revenues from sales of FOTIVDA® by EUSA, would allow the Company to fund its planned operations into the second quarter of 2021.

Tivozanib (FOTIVDA®) is an oral, once-daily, vascular endothelial growth factor receptor (VEGFR) tyrosine kinase inhibitor (TKI) discovered by Kyowa Kirin and approved for the treatment of adult patients with advanced renal cell carcinoma (RCC) in the European Union, the United Kingdom, Norway, New Zealand and Iceland. It is a potent, selective and long half-life inhibitor of all three VEGF receptors and is designed to optimize VEGF blockade while minimizing off-target toxicities, potentially resulting in improved efficacy and minimal dose modifications.1,2 Tivozanib is being studied in the TIVO-3 trial, which is intended to support a regulatory submission of tivozanib in the U.S. seeking marketing approval as a treatment for relapsed/refractory RCC. Tivozanib has been shown to significantly reduce regulatory T-cell production in preclinical models3 and has demonstrated synergy in combination with nivolumab (anti PD-1) in a Phase 2 study in RCC4. Tivozanib has been investigated in several tumor types, including renal cell, hepatocellular, colorectal, ovarian and breast cancers.

Ficlatuzumab (formerly known as AV-299) is a potent hepatocyte growth factor (HGF) inhibitory antibody that binds to the HGF ligand with high affinity and specificity to inhibit HGF/c-Met biological activities. AVEO and Biodesix, Inc. have a worldwide agreement to develop and commercialize ficlatuzumab. Ficlatuzumab is currently being evaluated in squamous cell carcinoma of the head and neck (SCCHN), metastatic pancreatic ductal cancer (PDAC), and acute myeloid leukemia (AML).

AVEO is developing an oncology pipeline designed to provide a better life for patients with cancer. AVEO’s strategy is to focus its resources toward development and commercialization of its product candidates in North America, while leveraging partnerships to support development and commercialization in other geographies. AVEO’s lead candidate, tivozanib (FOTIVDA®) is approved in the European Union, the United Kingdom, Norway, New Zealand and Iceland for the treatment of adult patients with advanced renal cell carcinoma. AVEO is working to develop and commercialize tivozanib in North America as a treatment for renal cell carcinoma, hepatocellular carcinoma and other cancers. Ficlatuzumab (HGF MAb) is in Phase 2 clinical trials in head and neck cancer and acute myeloid leukemia and has reported early clinical data in pancreatic cancer. AVEO’s earlier-stage pipeline includes several monoclonal antibodies in oncology development, including AV-203 (anti-ErbB3 MAb), AV-380 (GDF15 MAb) and AV-353 (Notch 3 MAb). For more information, please visit the Company’s website at www.aveooncology.com.

This press release contains forward-looking statements of AVEO within the meaning of the Private Securities Litigation Reform Act of 1995 that involve substantial risks and uncertainties. All statements, other than statements of historical fact, contained in this press release are forward-looking statements. The words “anticipate,” “believe,” “designed to,” “expect,” “intend,” “may,” “plan,” “potential,” “could,” “should,” “would,” “seek,” “look forward,” “advance,” “goal,” “strategy,” or the negative of these terms or other similar expressions, are intended to identify forward-looking statements, although not all forward-looking statements contain these identifying words. These forward-looking statements include, among others, statements about: AVEO’s plans to submit an NDA for tivozanib at the end of the first quarter of 2020; AVEO’s plans to report the final OS data of the TIVO-3 trial by June 2020; the potential marketing approval of tivozanib by the FDA; the commercial and clinical opportunities of tivozanib; the advancement of AVEO’s pipeline; the potential for tivozanib as a treatment option for patients with relapsed/refractory or advanced RCC; the growth of the relapsed/refractory RCC patient population; the potential efficacy, safety, and tolerability of tivozanib, both as a stand-alone drug candidate and in combination with other therapies in several indications; AVEO’s plans to expand its tivozanib-immunotherapy combination clinical strategy; the clinical development of ficlatuzumab in multiple clinical studies to identify a pivotal strategy, including two ongoing phase 2 studies for the treatment of AML and HNSCC; AVEO’s cash runway; AVEO’s plans and strategies for commercialization of tivozanib in the United States and Europe; and AVEO’s strategy, prospects, plans and objectives for its product candidates and for the Company generally. AVEO has based its expectations and estimates on assumptions that may prove to be incorrect. As a result, readers are cautioned not to place undue reliance on these expectations and estimates. Actual results or events could differ materially from the plans, intentions and expectations disclosed in the forward-looking statements that AVEO makes due to a number of important factors, including risks relating to: AVEO’s ability, and the ability of its licensees, to demonstrate to the satisfaction of applicable regulatory agencies such as the FDA the safety, efficacy and clinically meaningful benefit of AVEO’s product candidates, including, in particular, tivozanib and ficlatuzumab; AVEO’s ability to successfully file an NDA for tivozanib; and AVEO’s ability to enter into and maintain its third party collaboration and license agreements, and its ability, and the ability of its strategic partners, to achieve development and commercialization objectives under these arrangements. AVEO faces other risks relating to its business as well, including risks relating to the impact of the novel coronavirus (COVID-19) outbreak on AVEO’s clinical trials and other business operations; the timing and costs of seeking and obtaining regulatory approval; AVEO’s and its collaborators’ ability to successfully enroll and complete clinical trials; AVEO’s ability to maintain compliance with regulatory requirements applicable to its product candidates; AVEO’s ability to obtain and maintain adequate protection for intellectual property rights relating to its product candidates; AVEO’s ability to successfully implement its strategic plans; AVEO’s ability to raise the substantial additional funds required to achieve its goals, including those goals pertaining to the development and commercialization of tivozanib; the outcome of litigation; unplanned capital requirements; adverse general economic and industry conditions; competitive factors; and those risks discussed in the sections titled “Risk Factors” and “Management’s Discussion and Analysis of Financial Condition and Results of Operations—Liquidity and Capital Resources” included in AVEO’s quarterly and annual reports on file with the Securities and Exchange Commission (SEC) and in other filings that AVEO makes with the SEC. The forward-looking statements in this press release represent AVEO’s views as of the date of this press release, and subsequent events and developments may cause its views to change. While AVEO may elect to update these forward-looking statements at some point in the future, it specifically disclaims any obligation to do so. You should, therefore, not rely on these forward-looking statements as representing AVEO's views as of any date other than the date of this press release. Any reference to AVEO’s website address or a third-party website address in this press release is intended to be an inactive textual reference only and not an active hyperlink.

Prepaid expenses and other current assets 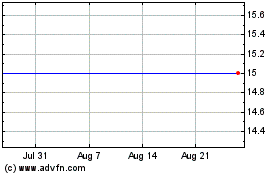 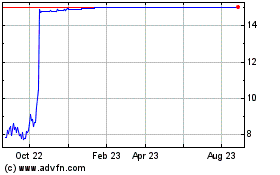 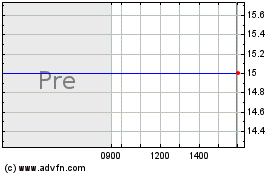