Toast Inc. is planning an initial public offering that could value the restaurant-software provider at around $20 billion, people familiar with the matter said.

Toast tapped Goldman Sachs Group Inc. and JPMorgan Chase & Co. to underwrite a possible listing later this year, these people said. It could also consider other options including a sale or combination with a blank-check company, some of the people said. There are no guarantees Toast will ultimately go public or pursue another of the options.

In going public, Toast, a 10-year-old company whose valuation has leapt several fold in the past year, would join a red-hot IPO market fueled lately by the high-profile debuts of companies including Affirm Holdings Inc. and Bumble Inc. Shares of both are trading far above their IPO prices, as are those of 2020 predecessors including Airbnb Inc. and DoorDash Inc.

Also powering the record IPO market is a wave of so-called special-purpose acquisition companies, which go public without a business and then hunt for one to merge with.

Founded in 2011 by Aman Narang, Jon Grimm and Steve Fredette, Toast provides payment-processing hardware and cloud-based software for restaurants. Aside from core point-of-sale offerings, its products include payroll processing and email marketing, and it also lends to restaurants through Toast Capital. Competitors include Square Inc. and PayPal Holdings Inc.

Toast's business initially took an extreme hit from the pandemic and associated lockdowns. In an April blog post, Toast Chief Executive Chris Comparato said it planned to reduce staff by roughly 50%, citing a drop in revenue of more than 80% in March in most cities. By midyear, however, Toast's business started to rebound, with new demand for its software as restaurants transitioned to takeout services and other offerings amid lockdown restrictions.

The Boston company was valued at around $4.9 billion in a $400 million fundraising round roughly a year ago that included Bessemer Venture Partners, TPG, Greenoaks Capital and Tiger Global Management LLC.

The company last week added American Express Co. executive Susan Chapman-Hughes to its board of directors.

Write to Cara Lombardo at cara.lombardo@wsj.com and Maureen Farrell at maureen.farrell@wsj.com 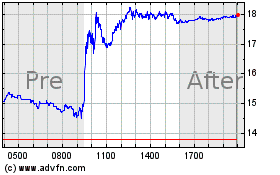