Vonovia SE said Thursday that it has decided not to collect foregone rents from its tenants despite a ruling from the German Federal Constitutional Court found Berlin's rent-freeze legislation was unconstitutional.

The decision from the German real-estate company comes after the court said the act governing rent for residential premises in Berlin was void because the sector was already subject to federal legislation, according to an order published Thursday.

The legislation originally introduced by the Berlin government was one of the most radical efforts to control living costs in a major Western city. It came into force in February 2020, and prohibited rents exceeding those agreed by a cut-off date of June 18, 2019. The law also set an upper limit for re-letting and imposed a statutory ban on excessive rents.

Vonovia said it would sacrifice up to 10 million euros ($12 million) of legally owed rent.

"We have decided to not claw back any of the foregone rents to which we would now be legally entitled. Our top priority at this point are the people who live in our flats in Berlin, and we want them to be at ease," Vonovia Chief Executive Rolf Buch said.

Mr. Buch conceded that the ruling would create "enormous uncertainty" for tenants, particularly those hard hit by the coronavirus pandemic. 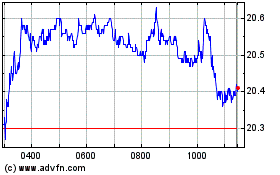