Check the following box to designate the rule pursuant to which the Schedule is filed:

*The remainder of this cover page shall be filled out for a reporting person's initial filing on this form with respect to the subject class of securities, and for any subsequent amendment containing information which would alter the disclosures provided in a prior cover page.

The information required in the remainder of this cover page shall not be deemed to be "filed" for the purpose of Section 18 of the Securities Exchange Act of 1934 ("Act") or otherwise subject to the liabilities of that section of the Act but shall be subject to all other provisions of the Act (however, see the Notes).

By signing below, each of D. E. Shaw & Co., L.P. and David E. Shaw certify that, to the best of such reporting person’s knowledge and belief, the securities referred to above were not acquired and are not held for the purpose of or with the effect of changing or influencing the control of the issuer of the securities and were not acquired and are not held in connection with or as a participant in any transaction having such purposes or effect.

After reasonable inquiry and to the best of their knowledge and belief, the undersigned certify that the information set forth in this statement is true, complete and correct. A Power of Attorney, dated March 1, 2017, granted by David E. Shaw in favor of Nathan Thomas, is attached hereto. 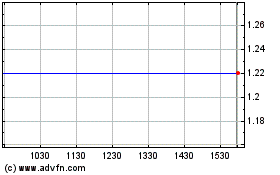