Shares in Merck KgaA fell on Wednesday after the company said it would interrupt a clinical trial of its bifunctional immunotherapy bintrafusp alfa, to be used in difficult-to-treat cancers.

The German pharmaceuticals and chemicals company said it had decided to discontinue its INTR@PID Lung 037 clinical trial--which recruited patients with stage 4 non-small cell lung cancer--as the study is unlikely to meet its co-primary endpoint, specifically progression-free survival. An Independent Data Monitoring Committee recommended doing so on Jan. 19, Merck said. Progression-free survival is understood as the amount of time during or after treatment that a patient can live without the disease progressing.

Bintrafusp alfa isn't approved for use anywhere in the world, Merck said.

The company added that it remains committed to further evaluating the drug and is moving forward with clinical trials to test the compound in other types of cancers, such as biliary tract cancer and cervical cancer, as part of its INTR@PID clinical trial program. 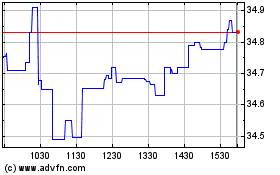