"The cutting-edge technology described in this patent has the potential to help people live a healthier and longer life," stated Marvin S. Hausman, MD, Chairman of the Ludwig Scientific Advisory Board (SAB). "The patent covers the company's proprietary testing methods that can measure genetic inflammatory biomarkers for diseases like heart disease, preeclampsia, or cancer. These diseases are often silent and asymptomatic before raising their 'ugly head.' The Ludwig technology has the potential to predict disease development and allow doctors to monitor a patient's response and modify treatment steps as needed."

The molecule mRNA carries genetic information needed to produce proteins by cells. Because the data in DNA cannot be decoded directly into proteins, it is first transcribed or copied into mRNA. Each molecule of mRNA encodes the information for one protein. The mRNA molecules are transported through a cell's outer envelope into the cytoplasm, where they are translated by the rRNA of ribosomes, cellular structures which perform biological protein synthesis. Specific amounts of amino acids in a protein and their sequence determine the protein's unique properties; for example, muscle protein and hair protein contain the same 20 amino acids, but the sequences of these amino acids in the two proteins are quite different. Segments of mRNA are like a written message, and these "words" are translated into specific amino acids that make up protein. An example is mRNA vaccines that teach our cells how to make a protein that will trigger an immune response inside our bodies. Like all vaccines, mRNA vaccines benefit people who get vaccinated by protecting against diseases like COVID-19 without risking the potentially severe consequences of getting sick.

The market for this advanced early detection system is also virtually untapped, with little competition in the billion-dollar healthcare industry. Ludwig can use these cutting-edge technologies to help people live longer, healthier lives by providing sensitive testing methods that have the potential to detect genetic markers of inflammation in diseases, such as heart disease or cancer, before there are obvious symptoms. Doctors can potentially monitor and modify a patient's positive or negative response in the treatment process - potentially saving billions in chronic disease healthcare costs.

About Ludwig Enterprises, Inc.: Advancements in medical technology have awarded us with cutting-edge genetic tools, unheard-of even a generation ago. These genetic tools have the potential to not only detect diseases early but also to customize treatments that may improve patient outcomes and, in some cases, even extend life. Ludwig is at the forefront of this new era of medicine with their proprietary mRNA genetic methodology that has the potential to detect genetic biomarkers for inflammatory-driven diseases, including but not limited to heart disease, preeclampsia, and cancer. This early detection may allow doctors to take steps to diagnose and manage disease before it progresses and causes serious health problems. Ludwig's innovative testing approach is not only practical but also has the potential to save the healthcare industry billions of dollars in costs. With a virtually untapped market and a billion-dollar healthcare industry, Ludwig is poised to significantly impact how we think about disease and live longer, healthier lives. More Info: http://www.ludwigent.com 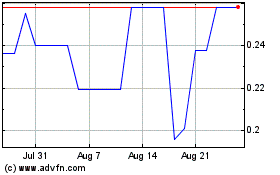 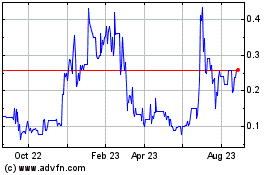 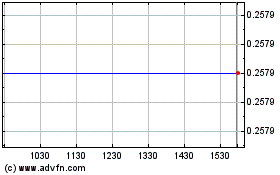