Monument Mining Limited (TSX-V: MMY and FSE: D7Q1) “Monument” or the “Company” is pleased to announce that it has entered into a Joint Venture Arrangement (the “Transaction”) with Odyssey Energy Ltd (proposed to be renamed Odyssey Gold Ltd) (ASX: ODY) to advance the Tuckanarra Gold Project (“Tuckanarra”) located in the Murchison Goldfield.

Tuckanarra is currently 100% owned by Monument through its Australian subsidiary Monument Murchison Pty. Ltd. (“Monument Murchison”), which also holds 100% of the Burnakura and Gabanintha Gold Projects (“Murchison Gold Projects”) as its primary high-grade gold development projects in the Meekatharra district. Subject to the closing of the Transaction, ODY will own 80% of Tuckanarra and develop Tuckanarra together with Monument under an unincorporated joint venture.

President and CEO Cathy Zhai said: “The JV arrangement with Odyssey is a strategic move by the Company to divest Tuckanarra, one of our quality gold projects, allowing it to be advanced faster; and have our team focus on the primary highly prospective gold projects Burnakura and Gabanintha, former mining centers in Meekatharra and Cue region, and move these two projects closer to production through our existing infrastructure. This strategy will complement our Selinsing Gold Project in Malaysia, which has been in production since 2010 and has produced over 315,000 ounces of gold to date.”

Ms. Zhai further commented: “We are excited to work with the Odyssey team, a part of Apollo Group in Perth which has a long and successful history of exploring and developing mining assets around the world. Apollo Group collectively has financed in excess of $1bn of mining projects. We are open to all opportunities to increase our shareholders value as a whole.”

To date Monument has defined a total 381,000 ounces of gold resources under NI43-101 standards at Burnakura from its three gold projects (Figure 1), all acquired in 2014 with an aggregate historical gold resources of 644,000 ounces under JORC standards, of which 81,000 ounces were attributed to Tuckanarra. ODY plans to progressively explore high grade opportunity at Tuckanarra after closing the Transaction.

Tuckanarra is directly adjacent to the Stakewell Gold Project that was recently acquired by ODY. Together ODY will own tenements covering 25km of strike of highly fertile banded iron formation (“BIF”) and greenstones with extensive gold mining history. Given Odyssey access to Monument’s Burnakura gold process plant located 25km from Odyssey’s projects, Odyssey will preferentially process ores extracted from both projects, subject to commercial terms at the Burnakura gold processing plant.

Monument and Monument Murchison (together “Monument Group”) entered into a binding Tenement Sale Agreement with ODY and its subsidiary Tuckanarra Resources Pty. Ltd. (“Tuckanarra Resources”) (together “ODY Group”), under which Monument Group sells to ODY Group a 80% of the Tuckanarra Gold Project for the aggregated consideration of AUD$5 million in cash, plus 1% net smelter return royalty over the ODY’s percentage share the Tuckanarra Gold Project on standard terms, as detailed below:

The acquisition is subject to condition precedents including:

The completion of the Transaction is projected by December 9, 2020. The cash proceeds will be used for Murchison Gold Projects development and working capital.

Tuckanarra Resources (80%) and Monument Murchison (20%) have also entered into an unincorporated joint venture agreement in respect to the exploration and development of the Tuckanarra, on the following key terms:

Upon completion of the Transaction, work planned to develop the targeting profile for Tuckanarra in the near term will include:

Murchison Gold Project is situated in the Meekatharra district. The unique position in the Murchison Goldfields, where historically millions ounces of gold were delivered and major production from Westgold Resources and Ramelius Resources are still ongoing. This together with the fully functional small size gold processing plant designed for high grade production that can be upgraded to larger capacity, makes Murchison Gold Project strategic and attractive as the recent success of Musgrave Minerals and Spectrum Metals highlights.

Burnakura and Gabanintha Gold Projects are at the development stage with considerable exploration potential, located approximately 650km north of Perth and 45km south of Meekatharra in the Murchison Goldfields, containing a total of 381,000 ounces of gold under NI43-101 Standards (historical resources of 563,000 ounces). The projects have extensive mining histories and have been mined via numerous open pits and underground methods as well as smaller workings. The projects cover an area on the eastern margin of the Archean Meekatharra -Wydgee greenstone belt within the north-eastern Murchison Domain of the Yilgarn Craton.

The 260,000 tpa gold processing plant, 108 man camp and infrastructure facilities are well maintained, and ready to be placed into production once a three stage refurbished crushing plant is installed. An economic assessment was completed in 2018 and it is currently under review, with the new rally of gold prices in 2020. The Murchison Gold Project requires both development and exploration work to increase its prospective potential to add value to the Monument Group as a whole.

The Burnakura project consists of a full set of gold processing facilities and operating camp, 6 mining licenses, 3 exploration licences (2 under application) and 5 prospecting licenses covering a total area of 123.1km2. It contains a NI43-101 compliant Resource of 381,000 ounces of gold. The historical resources were in total 410,000 ounces of gold under JORC standards. Significant effort was devoted to development and exploration since acquisition, to establish production capacity and economic viability to compliment the Selinsing Gold production.

The main historical mining period was between 1898 and 1961, and a total production of 32,231 ounces of gold at 26 g/t has been estimated to have been produced. More recent production, prior to the commissioning of the Burnakura gold processing plant in 2005, from the 13 producing pits and two underground operations amounts to 216,000 ounces of gold at 3.7g/t. Gold production since the Burnakura plant was commissioned totals 58,371 ounces from Tectonic, ATW Gold Corp and Kentor Gold.

The project has been extensively explored and numerous drill programs have been carried out since 1986.A total of 20,642 drill holes are in the current database as well as 13,278 surface samples. The main mining leases were covered by an aerial photographic survey carried out in 2014, and various geophysical surveys have been completed including an airborne magnetics, radiometric and digital elevation survey in 2008 at 40m line spacing. In addition, several structural interpretations have been completed by various consultants.

The Gabanintha project consists of 2 mining licenses, 3 exploration licenses and 16 prospecting licenses (5 under application) covering a total area of 43.4 km2. It contains a historical Inferred Resource of 153,000 ounces of gold at 2.16g/t.

The project lies on the Gabanintha Shear Zone, a 1km wide north-northwest anastomosing regional shear zone hosted within a mafic and ultramafic sequence with minor volcanics. Mineralization is associated with quartz veins and stockworks hosted within a volcanogenic suite of lithologies which include ultramafic, mafic and felsic volcanics, felsic porphyry, gabbro/dolerite, volcanogenic sediments and thin BIFs.

Historical mining production of 11,800 ounces of gold has been estimated up until 1914, with intermittent gold and copper production until the late 1940’s. Between 1987 and 1991, Dominion Mining expanded the resources at Kavanagh, Yagahong and Canterbury and mined Terrell’s, Yagahong, Kavanagh, Canterbury, Canterbury South and Tumblegum pits, producing approximately 150,000 ounces of gold. There was no production from Jinka Minerals Limited or Kentor Gold who owned the project after Dominion.

A total of 8,718 drill holes are in the current database as well as 13,452 surface samples. The project has been covered by over 8 geophysical surveys including multiple EM surveys which were primarily used to target copper mineralization. Various resource estimations have been completed between 2011 and 2013.

The work plan for the Murchison project will consist of re-assessing the production profile at current higher gold prices, developing a range of high priority exploration targets, as well as further advancing existing mineral resources so that updates can be incorporated into a new life of mine plan. In addition, there will be further corporate development work, and other opportunities that could potentially add value to shareholders that will be explored.

The main focus of development work will include:

The main focus of exploration will include:

The scientific and technical information in this press release has been prepared by Adrian Woolford, B.Sc. (Hons) Chief Geologist of Monument Mining Limited; reviewed and approved by Roger Stangler, MEng, FAusIMM, MAIG, a Qualified Person as defined by NI43-101, retained by Golder Associates Pty Ltd.

Monument Mining Limited (TSX-V: MMY, FSE: D7Q1) is an established Canadian gold producer that operates the 100% owned Selinsing Gold Mine in Malaysia. Its experienced management team is committed to growth and is advancing several exploration and development projects including the Mengapur Copper and Iron Project, in Pahang State of Malaysia, and the Murchison Gold Projects comprising Burnakura, Gabanintha and Tuckanarra in the Murchison area of Western Australia. The Company employs approximately 200 people in both regions and is committed to the highest standards of environmental management, social responsibility, and health and safety for its employees and neighboring communities. 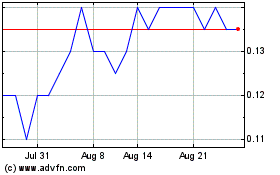 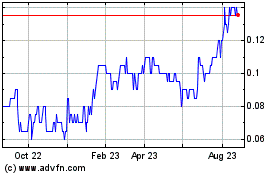 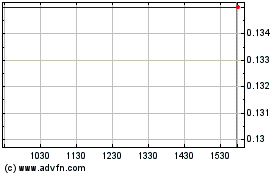