MONTREAL, May 24, 2022 /CNW Telbec/ - Aya Gold & Silver Inc. (TSX: AYA) (OTCQX: AYASF) ("Aya" or the "Corporation") is pleased to announce that it has completed airborne geophysics surveys at its Boumadine and Imiter bis Projects and is launching the 2022 drill exploration program at Boumadine in the Kingdom of Morocco. The Corporation will complete its airborne geophysics survey at Zgounder Regional in June 2022 and start exploration drilling thereafter.

"We are very encouraged by the preliminary data from Boumadine that suggest the presence of a very wide alteration system on our permits. Several drill exploration targets have been identified on the North, Central and South Zones where there is a clearly defined circular low-MAG and several known mineralized structures. The presence of these features on Boumadine strongly indicates the potential for identifying additional mineralization through our drilling program on these zones, " said Benoit La Salle, President & CEO.

Boumadine is a mineralized polymetallic (Au-Ag-Cu-Pb-Zn) structure in a large high-sulfidation epithermal system that hosts several high-grade gold ("Au") and silver ("Ag") zones. Despite historical data at surface and years of high-grade mining, Boumadine remains largely underexplored both at surface and at depth. The very large and intensely advanced clay alteration with vuggy silica supports a major epithermal event, and the newly described chloritic alteration (black iron-rich chlorite) supports the potential of a volcanogenic massive sulphide ("VMS")-style input into the mineralization system. Furthermore, the presence of mineralization in andesitic tuff (beneath the felsic tuff) was documented for the first time. As mineralization was previously believed to be confined only to the felsic units, this observation considerably expands the exploration potential laterally and at depth.

Earlier this year, the geological team reviewed all the historical data and completed a 10-day field program with the help of Dr. Damien Gaboury, a specialist in VMS systems. The Corporation subsequently launched a 7,500m DDH exploration program to test a new geological model and extend the known mineralization along strike and at depth. The Corporation is focused on the North, Central and South Zones (Figure 1), with long fences through the whole altered system (high sulfidation mineralization style in some felsic tuff) but also with some deeper drill holes to test at depth (in the andesitic tuff) where mineralization seems more confined and continuous.

The preliminary geophysics data from the airborne and hyperspectral surveys, coupled with field work and historical results, show the potential for a much larger mineralized system than previously believed. 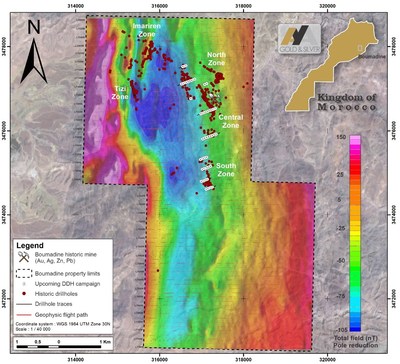 The Corporation recently completed an initial drill exploration program at Imiter bis including 24 DDH for 4,754m (Figure 2). The Corporation followed up on several 2021 discovery intercepts within the Middle Zone including 1.81 g/t Au over 2.2m and 1.10 g/t Au over 2.3m (PR 01-03-2022), and successfully tested the Northwest, Dilatation, Daoud and the Northeast-Extension Zones. Results are expected in June 2022. Additionally, the airborne geophysical survey was completed in April 2022. 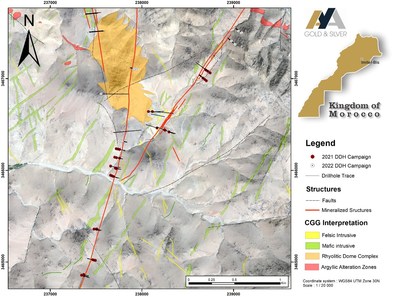 Initial fieldwork including prospecting, geological mapping and grab sampling is currently being conducted at Zgounder Regional (Figure 3). Each major structure, alteration zone and vein is systematically being sampled, with a total of 573 grab samples collected to date on 8 of 13 exploration permits surrounding the Zgounder Mine. In addition, approximately 60% of the airborne geophysical survey is complete. This fieldwork will define drill targets for later this year. 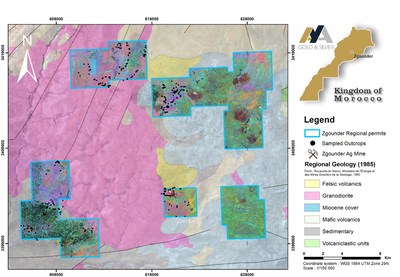 The Corporation is planning a stream sediment geochemistry program in the coming months as well as channel sampling of the most promising targets generated by the grab sample results. The objective is to generate drill-ready targets for the 7,000m regional drill exploration program scheduled in Q4-2022 and potentially add satellite deposits at Zgounder.

A new geological interpretation and model of Boumadine is being completed in addition to metallurgical tests and drill exploration programs along strike and at depth. Multi-element litho-geochemistry will also be undertaken throughout the drill section to better define alteration, mineralization and zonalities.

Once the drill results are received in June 2022, Aya will review the data and evaluate phase two drilling at Imiter bis. 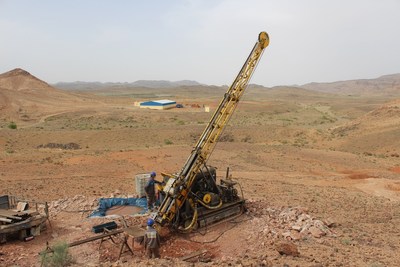 The scientific and technical information contained in this press release have been reviewed by David Lalonde, B. Sc, Head of Exploration, Qualified Person, for accuracy and compliance with National Instrument 43-101.

Aya's management team is focused on maximising shareholder value by anchoring sustainability at the heart of its production, resource, governance, and financial growth plans.

This press release contains certain statements that constitute forward-looking information within the meaning of applicable securities laws ("forward-looking statements"), which reflects management's expectations regarding Aya's future growth and business prospects (including the timing and development of new deposits and the success of exploration activities) and other opportunities. Wherever possible, words such as "potential", "could", "opportunity", "support", "suggest", "expected", "probably", and similar expressions or statements that certain actions, events or results "may", "could", "would", "might", "will", or are "likely" to be taken, occur or be achieved, have been used to identify such forward-looking information. Specific forward-looking statements in this press release include, but are not limited to, statements and information with respect to the exploration and development potential of Zgounder and the conversion of Inferred Mineral Resources into Measured and Indicated Mineral Resources, future opportunities for enhancing development at Zgounder, and timing for the release of the Company's disclosure in connection with the foregoing. Although the forward-looking information contained in this press release reflect management's current beliefs based upon information currently available to management and based upon what management believes to be reasonable assumptions, Aya cannot be certain that actual results will be consistent with such forward-looking information. Such forward-looking statements are based upon assumptions, opinions and analysis made by management in light of its experience, current conditions, and its expectations of future developments that management believe to be reasonable and relevant but that may prove to be incorrect. These assumptions include, among other things, the closing and timing of financing, the ability to obtain any requisite governmental approvals, the accuracy of Mineral Reserve and Mineral Resource Estimates (including, but not limited to, ore tonnage and ore grade estimates), silver price, exchange rates, fuel and energy costs, future economic conditions, anticipated future estimates of free cash flow, and courses of action. Aya cautions you not to place undue reliance upon any such forward-looking statements.

The risks and uncertainties that may affect forward-looking statements include, among others: the inherent risks involved in exploration and development of mineral properties, including government approvals and permitting, changes in economic conditions, changes in the worldwide price of silver and other key inputs, changes in mine plans (including, but not limited to, throughput and recoveries being affected by metallurgical characteristics) and other factors, such as project execution delays, many of which are beyond the control of Aya, as well as other risks and uncertainties which are more fully described in Aya's 2021 Annual Information Form dated March 31, 2022, and in other filings of Aya with securities and regulatory authorities which are available on SEDAR at www.sedar.com. Aya does not undertake any obligation to update forward-looking statements should assumptions related to these plans, estimates, projections, beliefs, and opinions change. Nothing in this document should be construed as either an offer to sell or a solicitation to buy or sell Aya securities. All references to Aya include its subsidiaries unless the context requires otherwise. 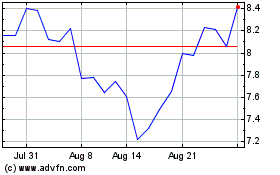 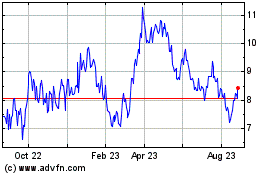 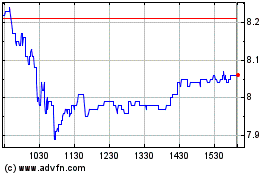