Today, Western Union customers have even more ways to send and receive money from the United States to Mexico thanks to an agreement between Western Union and PagaPhone SmartPay.

Customers in the United States can now send money via any Western Union channel including WU.com, the mobile app or at any Western Union retail location to Mexico. Recipients can then receive the funds over their phone using their PagaPhone SmartPay account.

Once customers receive money in their PagaPhone SmartPay mobile electronic wallets, they can easily make transfers to bank accounts through SPEI, withdraw cash from any ATM with their PagaPhone debit cards or use the funds to pay for services directly through the application, 24 hours a day, seven days a week.

"By teaming with Western Union, PagaPhone SmartPay users in Mexico have yet another way to receive money from friends and family cross-border, using a brand known and trusted for decades," said Ulises Tellez, CEO and Founder, PagaPhone SmartPay and Cloud Transfer Services. “We look forward to offering Western Union’s industry leading money transfer capabilities to our customers, giving them a convenient and efficient way to receive money via their PagaPhone account.”

“Remittances are a lifeline for so many in Mexico, where more than USD $51B was sent into the country just last year, said Pablo Porro, Head of Western Union Mexico and Central America. “With this surge in remittances, customers demand choice and added convenience for how and when money is sent and received. By teaming with PagaPhone, Western Union is helping bridge the digital and physical worlds to offer consumers more channels and added convenience to send money from the U.S. to Mexico.”

Another added benefit – consumers who receive remittances on a regular basis can use the experience to create an income history, supporting eligibility for credit or an insurance system.

The Western Union Company (NYSE: WU) is a global leader in cross-border, cross-currency money movement and payments. Western Union’s platform provides seamless cross-border flows and its leading global financial network bridges more than 200 countries and territories and over 130 currencies. We connect consumers, businesses, financial institutions, and governments through one of the world’s widest reaching networks, accessing billions of bank accounts, millions of digital wallets and cards, and a substantial global network of retail locations. Western Union connects the world to bring boundless possibilities within reach. For more information, visit www.westernunion.com.

PagaPhone is a Mexican e-Wallet with which you can cash your remittances directly from your cell phone, as well as perform many more transactions such as: withdraw your money at any ATM, pay with your Platinum PagaPhone card, buy airtime from any carrier and pay your utility bills (water, electricity, cable, phone, etc.) on the app. In addition, Mexican authorities named PagaPhone as the company that pays the most pesos for every dollar a customer sends. 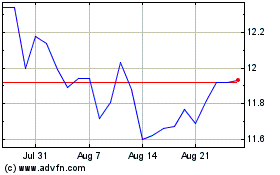 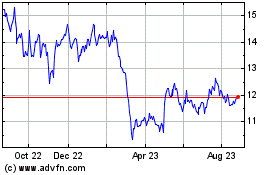