AT&T Inc. received bids for its DirecTV unit valuing the satellite-TV service at more than $15 billion including debt, according to people familiar with the matter, as the widely watched auction winds toward a resolution.

Among those submitting bids above that level was Churchill Capital Corp. IV, a blank-check company run by former banker Michael Klein, the people said. Apollo Global Management Inc., long seen by many as the front-runner to buy DirecTV, submitted a bid valuing the business at less than $15 billion, some of the people said.

The auction is in a late stage and should the company reach a deal with one of the suitors, it could be completed by early next year.

A deal could allow AT&T to deconsolidate DirecTV's worsening financial results -- a major aim of the transaction -- while relinquishing control even as it maintains a majority stake in the business.

The Wall Street Journal reported in August that AT&T had tapped bankers to explore a deal to take the fast-shrinking business off its books. The media-and-telecom company bought DirecTV in 2015 for about $49 billion, or $66 billion including debt. (Its Latin American satellite business, also acquired through the DirecTV takeover, is now held in a separate unit called Vrio.)

The pay-TV business has lost millions of subscribers in recent years as viewers switch to on-demand entertainment services like Netflix Inc. AT&T's pay-TV losses have far outpaced declines at rivals like Comcast Corp. and Dish Network Inc. The company has shed 7 million U.S. video connections over the past two years.

Those customer losses have weighed on AT&T's stock, which has barely moved over the past five years and is down about 20% so far this year. The company's market value stands at about $220 billion.

AT&T executives have said they are making progress stabilizing the domestic pay-TV unit so that its customer losses fall in line with industry averages. But Chief Executive John Stankey has also said he is willing to shed any business that draws attention away from the Dallas company's core wireless, broadband and streaming-video units.

"We still have opportunities to do some things around rejiggering our portfolio," Mr. Stankey said Tuesday at a UBS Group AG investor conference. "We'll continue to force ourselves to look at those hard decisions."

A large asset sale would give the company more resources to keep improving its wireless service, which still generates more than half of its pretax profits, without threatening the company's all-important credit rating. Analysts expect AT&T and its rivals to wager billions of dollars on the Federal Communications Commission's latest auction of cellular spectrum, which launched Tuesday. Such auctions can saddle cellphone carriers with massive one-time bills for the licenses they win.

AT&T has amassed a large war chest -- Mr. Stankey on Tuesday said it has $10 billion of cash on hand -- that it could use to bid on the wireless licenses over the coming weeks. But executives must balance that potential spending with funds marked for future debt repayments, a roughly $15 billion annual dividend and about $21 billion for planned capital expenditures.

--Miriam Gottfried contributed to this article.

Write to Cara Lombardo at cara.lombardo@wsj.com and Drew FitzGerald at andrew.fitzgerald@wsj.com 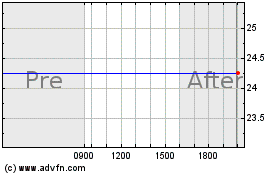