If an emerging growth company, indicate by check mark if the registrant has elected not to use the extended transition period for complying with any new or revised financial accounting standards provided pursuant to Section 13(a) of the Exchange Act.   o

(d)  On October 26, 2020, the board of directors (the “Board”) of GSI Technology, Inc. (the “Company”) appointed Kim Le to serve as a director until the next annual meeting of stockholders and until her successor is duly elected and qualified.  Simultaneous with Ms. Le’s appointment to the Board, she was appointed to serve on the Audit Committee and Nominating and Corporate Governance Committee of the Board.

Ms. Le has over 25 years of experience in public accounting, internal auditing and building businesses.  Ms. Le founded A2Q2 Corporation (“A2Q2”) in July 2003 and has served as Chief Executive Officer of A2Q2 since that time.  A2Q2 is a global Special Ops firm which assists growth companies to design and implement business processes, ERP systems and internal controls to comply with the Sarbanes—Oxley Act of 2002.  In addition, Ms. Le is the Chief Executive Officer of Directors League, Inc., a peer-to-peer community of corporate directors who currently serve on the boards of publicly traded companies, where she has served in such role since founding the organization in July 2018.  In August 2020 Ms. Le also founded software company SASI Robotics, where she holds the office of Chief Executive Officer.  Prior to founding A2Q2, Ms. Le was a Senior Manager at Protiviti from August 2002 to July 2003 and was in public accounting at Arthur Andersen from June 1994 to June 2002.  Ms. Le has a Bachelor of Science degree in Accountancy from Arizona State University and is a licensed CPA in California and Arizona.

Ms. Le will receive a cash retainer and option grant award in accordance with the Company’s non-employee director compensation policy, as adopted by the Board from time to time (the “Policy”).  The current Policy is described in the Company’s definitive proxy statement for the annual meeting of stockholders held on August 27, 2020, which was filed with the Securities and Exchange Commission on July 20, 2020.  Additionally, Ms. Le will enter into the Company’s standard form of director indemnification agreement.

There are no persons with whom Ms. Le has an arrangement or understanding pursuant to which Ms. Le was appointed as a member of the Board.  There are no current or proposed transactions between the Company Ms. Le or her immediate family members requiring disclosure under Item 404(a) of Regulation S-K promulgated by the Securities and Exchange Commission.

The Company issued a press release on October 27, 2020 announcing Ms. Le’s appointment to the Board.  A copy of the Company’s press release is attached as Exhibit 99.1 to this report and is incorporated by reference herein. 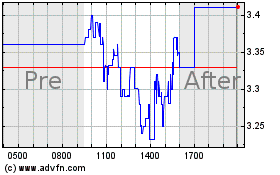