Company Expects to Recruit Approximately 15 Sites Across the United States

Genprex, Inc. (“Genprex” or the “Company”) (NASDAQ: GNPX), a clinical-stage gene therapy company focused on developing life-changing therapies for patients with cancer and diabetes, is pleased to announce it has commenced clinical trial site recruitment for its upcoming Acclaim-2 clinical trial for the treatment of non-small cell lung cancer (NSCLC).

“Our clinical team remains focused on engaging with leading clinical investigators and esteemed research institutions in order to further our mission of bringing hope to lung cancer patients who are in need of new treatment options,” said Rodney Varner, President and Chief Executive Officer of Genprex. “We look forward to selecting the most optimal study sites, which will help to further fuel the success of our clinical trials.”

The Company plans to conduct the Acclaim-2 clinical trial in approximately 15 sites with about 150 patients in an adaptive Phase 1/2 design. The final protocol is subject to change based on input from investigators.

Additional information on the Acclaim-2 clinical trial will be posted on ClinicalTrials.gov.

Genprex, Inc. is a clinical-stage gene therapy company focused on developing life-changing therapies for patients with cancer and diabetes. Genprex’s technologies are designed to administer disease-fighting genes to provide new therapies for large patient populations with cancer and diabetes who currently have limited treatment options. Genprex works with world-class institutions and collaborators to develop drug candidates to further its pipeline of gene therapies in order to provide novel treatment approaches. The Company’s lead product candidate, REQORSA™ (quaratusugene ozeplasmid), is being evaluated as a treatment for non-small cell lung cancer (NSCLC). REQORSA has a multimodal mechanism of action that has been shown to interrupt cell signaling pathways that cause replication and proliferation of cancer cells; re-establish pathways for apoptosis, or programmed cell death, in cancer cells; and modulate the immune response against cancer cells. REQORSA has also been shown to block mechanisms that create drug resistance. In January 2020, the U.S. Food and Drug Administration granted Fast Track Designation for REQORSA for NSCLC in combination therapy with AstraZeneca’s Tagrisso® (osimertinib) for patients with EFGR mutations whose tumors progressed after treatment with Tagrisso. 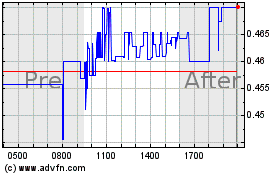