VERY STRONG PERFORMANCES IN THE FIRST HALF OF 2022

“The Group delivered sharply higher sales in the first half of 2022, sustaining last year’s topline momentum—solid performances in retail around the world more than offset the impact of Covid-related measures in China in the second quarter. We intensify our engagement with local customers across all markets, and we are also leveraging the nascent rebound in tourism in Europe. Each of our Houses contributed to the strong double-digit increase in Group operating income, leading to expanded margin for Kering as a whole. In a period of heightened macro uncertainty, Kering is in great shape to surmount short-term challenges, take advantage of new opportunities, and support the ambitious strategies and tremendous prospects of all our brands.”

In the second quarter of 2022, revenue was up 12% as reported and up 4% on a comparable basis. Growth in sales in the directly operated retail network were robust in Western Europe, Japan, and North America, more than offsetting the impact of lockdowns in China. Momentum was also very strong in Southeast Asia.

Sales in the second quarter of 2022 rose by 40% as reported and by 31% on a comparable basis, driven by Western Europe, Japan and North America, while revenue in Asia-Pacific was stable compared to 2021. Growth was particularly strong in the directly operated retail network (revenue up 35% on a comparable basis), due to the success of all product categories.

In the first half of 2022, Bottega Veneta’s revenue amounted to €834 million, an increase of 18% as reported and 13% on a comparable basis. Sales from the directly operated retail network were up 19% year-on-year. Wholesale revenue was down 4%, in line with Bottega Veneta’s strategy to streamline its wholesale distribution.

In the second quarter of 2022, Bottega Veneta’s revenue was €438 million, up 15% as reported and up 10% on a comparable basis. Sales momentum in the directly operated retail network remained very strong (revenue up 19% on a comparable basis), even though the number of stores was unchanged.

In the second quarter of 2022, sales of the Other Houses rose 28% as reported and 24% on a comparable basis. The revenue increase from the directly operated retail network remained strong (+33% on a comparable basis), with progress across regions. Both Balenciaga and Alexander McQueen maintained their very strong growth trajectories, and Brioni confirmed its rebound. While Qeelin was affected by the situation in China in the second quarter, Boucheron and Pomellato delivered very solid performances.

Revenue of the Kering Eyewear and Corporate segment in the first half of 2022 amounted to €591 million. Kering Eyewear’s revenue totaled €576 million, up 50% as reported including the integration of Lindberg, and up 26% on a comparable basis.

In the second quarter, growth in Kering Eyewear revenue continued, up 17% on a comparable basis, driven by the momentum of the brands in its portfolio. The acquisition of Maui Jim will be completed in the second half of 2022.

* The “Corporate and other” segment was renamed “Kering Eyewear and Corporate” in the first quarter of 2022. Intragroup eliminations are now reported on a separate line.

Kering’s financial result, at just (€19 million), improved sharply in the first half of 2022.

The effective tax rate on recurring income was 27.5% during the period.

Net income attributable to the Group was strong at €1,988 million.

The Group’s free cash flow from operations totaled €2,049 million in the first half of 2022.

A major player in a fast-growing market around the world, Kering enjoys solid fundamentals and a balanced portfolio of complementary brands with strong potential. Its strategic priorities are straightforward. The Group and its Houses seek to achieve same-store revenue growth while ensuring the targeted and selective expansion of their retail networks. Kering aims to grow its Houses in a sustainable manner, enhance the exclusivity of their distribution and secure their profitable growth trajectories. The Group is also investing proactively to develop cross-business growth platforms in the areas of e-commerce, omnichannel distribution, logistics and technological infrastructure, digital expertise and innovative tools.The 2020 public health crisis and subsequent economic disruption have had major consequences on consumption trends, tourism flows and global economic growth. More favorable trends, which emerged in the second half of 2020, were confirmed in 2021 and in early 2022. Although these trends remain conditioned by developments in the public health situation and associated restrictions across countries, the luxury market has witnessed a significant rebound, driven by consumer appetite for premium goods and a gradual upturn in tourist flows, particularly in Europe.In an increasingly uncertain macroeconomic context, the Group is continuing to implement its strategy with determination and will continue to manage and allocate its resources to best support its operating performance, continue generating significant cash flow, and optimize its return on capital employed.Thanks to its strong business and organizational model, along with its robust financial position, Kering remains confident in its growth potential for the medium and long term.

In its meeting on July 27, 2022, Kering’s Board of Directors, chaired by François-Henri Pinault, approved the consolidated financial statements for the first half of 2022 following a limited review.

An audiocast for analysts and investors will be held from 6:00pm to 7:00pm (CEST) on Wednesday, July 27, 2022. It may be accessed here. The slides (PDF) will be available ahead of the audiocast at https://www.kering.com/en/finance/.

A replay of the audiocast will also be available at www.kering.com.

A global Luxury group, Kering manages the development of a series of renowned Houses in Fashion, Leather Goods and Jewelry: Gucci, Saint Laurent, Bottega Veneta, Balenciaga, Alexander McQueen, Brioni, Boucheron, Pomellato, DoDo, Qeelin, as well as Kering Eyewear. By placing creativity at the heart of its strategy, Kering enables its Houses to set new limits in terms of their creative expression while crafting tomorrow’s Luxury in a sustainable and responsible way. We capture these beliefs in our signature: “Empowering Imagination”. In 2021, Kering had over 42,000 employees and revenue of €17.6 billion.

Kering Eyewear agrees to acquire the iconic U.S. eyewear brand Maui JimMarch 14, 2022 - Kering Eyewear has signed an agreement to acquire Maui Jim, Inc. Founded in 1987 in Hawaii, Maui Jim is the world’s largest independent high-end eyewear brand, rooted in exceptional design and industry-leading technology. The transaction is subject to clearance by the relevant competition authorities and is expected to be completed in the second half of 2022.

Partnership agreement in support of integrating young, vulnerable and disabled peopleApril 22, 2022 – On April 19, 2022, Kering and the French Ministry of Labor, Employment and Economic Inclusion signed a charter through which they will partner to help integrate and support young, vulnerable, and disabled people in the labor market. Kering has undertaken to take practical action to help young people gain employment and make roles accessible to disabled people through recruitment, work/study programs, mentoring and immersive work experience through the Contrat d’Engagement Jeune (youth commitment contract).

Dual-tranche bond issue for a total amount of €1.5 billionApril 28, 2022 – Kering issued €1.5 billion of new bonds, comprising one tranche of €750 million with a three-year maturity and a coupon of 1.25% and a €750 million tranche with an eight-year maturity and a coupon of 1.875%. This issue, which forms part of the Group’s active liquidity management, enhances its funding flexibility by enabling it to refinance existing debt and, in part, finance the Maui Jim acquisition.

Kering launches an employee share ownership planMay 4, 2022 – Kering announced the launch of its first employee share ownership plan, entitled KeringForYou. The program gave eligible employees the opportunity to become Kering shareholders on preferential terms. The price for subscribing shares under the program was set at €394, corresponding to Kering’s average opening share price on Euronext Paris during the 20 trading sessions from April 19 to May 16, 2022, less a 20% discount and rounded up to the nearest cent.

REVENUE FOR THE FIRST AND SECOND QUARTERS OF 2022

(1) On a comparable scope and exchange rate basis.

“Reported” and “comparable” growthThe Group’s “reported” growth corresponds to the change in reported revenue between two periods.The Group measures “comparable” growth (also referred to as “organic” growth) in its business by comparing revenue between two periods at constant Group structure and exchange rates.Changes in Group structure are dealt with as follows for the periods concerned:• the portion of revenue relating to acquired entities is excluded from the current period;• the portion relating to entities divested or in the process of being divested is excluded from the previous period.Currency effects are calculated by applying the average exchange rates for the current period to amounts in the previous period.

Net debtNet debt is one of the Group’s main financial indicators, and is defined as borrowings less cash and cash equivalents. Consequently, the cost of net debt corresponds to all financial income and expenses associated with these items, including the impact of derivative instruments used to hedge the fair value of borrowings. Borrowings include put options granted to minority interests. 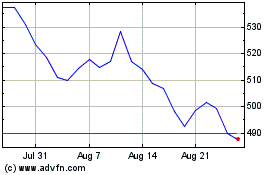 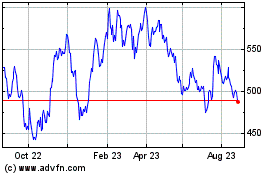 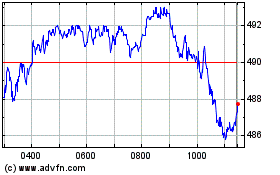