If an emerging growth company, indicate by checkmark if the registrant has elected not to use the extended transition period for complying with any new or revised financial accounting standards provided pursuant to Section 13(a) of the Exchange Act.  ¨

On April 30, 2021, iBio, Inc. (the “Company”) entered into a new employment agreement, dated as of April 30, 2021, with Thomas F. Isett, the Company’s Chief Executive Officer (the “New Employment Agreement”) in order to further enhance corporate governance and better align its compensation arrangements with current best practices. The New Employment Agreement, which was approved by the Company’s Compensation Committee, replaces in its entirety the Amended and Restated Executive Employment Agreement, dated as of April 21, 2020, by and between Mr. Isett and the Company (the “Prior Agreement”) and removed certain legacy contractual obligations, including an uncapped transaction bonus of 4.5% to be paid in connection with a Change of Control (as defined in the Prior Agreement), which were not viewed by the Company’s Compensation Committee as best governance practices or as being aligned with the Company’s goals.

Pursuant to the terms of the New Employment Agreement, Mr. Isett will serve as the Company’s Chief Executive Officer for a term of two years, subject to extensions for one-year periods. Mr. Isett will receive an annual base salary of $650,000 and he is still eligible to receive a target bonus of 60% of his base salary based upon the Compensation Committee’s assessment of his performance and the performance of the Company during the prior fiscal year.

In addition, pursuant to the terms of the New Employment Agreement, the Company issued Mr. Isett an award of nonqualified stock options to purchase 3,000,000 shares of the Company’s common stock (the “Option Shares”), which will be issued pursuant to the Company’s 2020 Omnibus Equity Incentive Plan (the “Plan”). The Option Shares vest as follows: 25% of the Option Shares granted will vest on the one-year anniversary of the grant date and after the one-year anniversary of the grant date, 6.25% of the Option Shares will vest for each additional three (3) months of employment, subject to the conditions of the Plan and the stock option grant agreement. The New Employment Agreement also provides that the Compensation Committee will establish certain performance criteria and thereafter Mr. Isett will receive a grant of 5,000,000 performance restricted stock units (“RSUs”), which will also vest subject to achievement of pre-defined performance criteria to be established by the Compensation Committee.

Mr. Isett will also be entitled to continue to receive certain benefits that he is currently entitled to under the Prior Agreement (participation in standard benefit Company plans, reimbursement for certain car expenses, continuing education expenses, directors and officers liability insurance, relocation expenses) in addition to up to a maximum of $500 per month for the cost of any life insurance policy procured by Mr. Isett while he remains employed by the Company and up to $2,000 per month toward the cost of any long term disability policy procured by Mr. Isett while he remain employed by the Company.

Under the terms of the New Employment Agreement, if the Company and Mr. Isett mutually agree to terminate Mr. Isett’s employment, he is entitled to receive (i) accrued and unpaid base salary; (ii) any unreimbursed expenses; (iii) any earned but unpaid annual bonus from a prior fiscal year; and (iv) any amounts payable under any of the benefit plans of the Company in which Mr. Isett was a participant in accordance with applicable law and the terms of those plans (“Standard Termination Benefits”).

If the Company terminates Mr. Isett’s employment without Cause (as defined in the New Employment Agreement), provided he executes and does not revoke a separation agreement in a form mutually acceptable to the parties, he is entitled to receive, in addition to the Standard Termination Benefits, (i) an amount equal his base salary for twenty-four (24) months; (ii) an amount equal to a pro rata share of his target bonus for the fiscal year in which his separation occurs; (iii) an amount equal to the target bonus for the twenty-four (24) month severance period; and (iv) provided that he elects continuation coverage for health insurance under the Consolidated Omnibus Budget Reconciliation Act of 1985 (“COBRA”), the Company will pay the full cost of this benefit for up to eighteen (18) months or if he has not obtained alternative employer-provided health coverage by the end of the eighteen (18) month COBRA subsidy period, the Company shall provide him with a lump sum cash payment equal to six times the monthly amount paid by the Company for the COBRA subsidy.

If Mr. Isett’s employment is terminated by the Company without Cause within twelve (12) months after a “Change in Control,” as defined in the Plan, or if Mr. Isett terminates his employment with the Company for Good Reason (as defined in the New Employment Agreement) within twelve (12) months after a “Change of Control”, provided he executes and does not revoke a separation agreement in a form acceptable to the parties, he is entitled to receive in addition to the Standard Termination Benefits, (i) a lump sum payment equal to twenty-four (24) months of his then current base salary; (ii) an amount equal to a pro rata share of any target bonus for the fiscal year in which his separation occurs; (iii) vesting of any unvested time-based equity awards held by him at such time; (iv) an amount equal to two hundred percent (200%) of his target bonus for the year of employment termination; and (v) provided he elects continuation coverage for health insurance under COBRA, the Company will pay the full cost of this benefit for up to eighteen (18) months, and if he has not obtained alternative employer-provided health coverage by the end of the eighteen (18) month COBRA subsidy period, the Company shall provide him with a lump sum cash payment equal to six (6) times the monthly amount paid by the Company for the COBRA subsidy. The New Employment Agreement also contains certain restrictive covenants including confidentiality provisions, a non-compete, non-disparagement and non-solicitation provisions as well as assignment of inventions.

The press release attached as Exhibit 99.1 to this Current Report on Form 8-K includes “safe harbor” language pursuant to the Private Securities Litigation Reform Act of 1995, as amended, indicating that certain statements contained therein are “forward-looking” rather than historical.

The Company undertakes no duty or obligation to update or revise the information contained in this Current Report on Form 8-K, although it may do so from time to time if its management believes it is appropriate. Any such updating may be made through the filing of other reports or documents with the Securities and Exchange Commission, through press releases or through other public disclosures.

The Company also reported on development of IBIO-202, a subunit vaccine candidate that targets the nucleocapsid protein (“N protein”) of SARS-CoV-2. Using its plant-based FastPharming® System, the Company reported that it has successfully expressed N protein antigens and has initiated both intramuscular and intranasal preclinical studies to identify favorable antigen-adjuvant combinations. Results are expected in early Q1 FY2022.

The following exhibit is filed with this Current Report on Form 8-K. 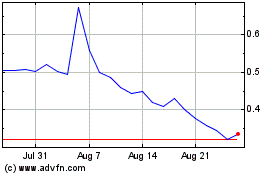 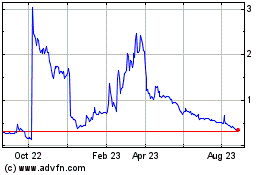 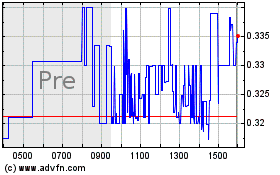