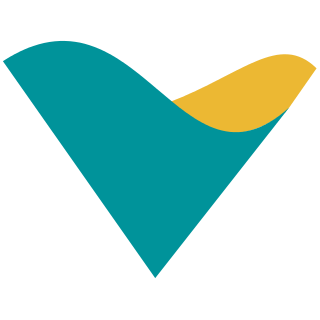 The deadly collapse of a mine dam in Brazil is putting a fresh spotlight on whether mining companies are spending enough to build and maintain dams meant to contain all the waste and water dumped into them.

A 28-story high dam meant to store chemical-laden waste, called tailings, at a mine operated by Brazilian giant Vale SA collapsed on Friday, unleashing a river of mud that destroyed Vale facilities and flowed into parts of the town of Brumadinho in southeastern Brazil. The death toll from the accident has hit 84, but hundreds remain missing.

Amid a criminal probe into the disaster, Vale said it would dismantle 10 other, similar dams. Brazilian authorities have made several arrests , including two contractors who worked for a company that inspected the dam late last year.

The accident comes just four years after the failure of another tailings dam in Brazil run by a joint venture between Vale and Australia's BHP Billiton Ltd. that killed 19.

That 2015 accident ratcheted up scrutiny of such dams, which are among the largest man-made structures in the world, as well as the engineering and investment that goes into them.

A 2017 Columbia University study on tailings-dam failures found miners typically choose the lowest-cost option when constructing the dams. That's in part because mining operators often fail to assess the cost of a collapsed dam, the paper says, clouding "the financial magnitude of the risk assumed" by the company, according to the study.

"Cost is often the major consideration" for mining companies when constructing the dams that contain tailings, said David Chambers, a geophysicist who has spent decades studying mining safety issues.

Vale declined to comment on its tailings-dam spending. The company said it was cooperating with investigators.

The London-based International Council on Mining and Metals didn't respond to a request for comment. Top engineers of big mining companies have generally said they won't design a tailings dam if budget limitations may affect its safety.

Research by Mr. Chambers, founder of the Center for Science in Public Participation, a Montana-based mining research group, and others shows that major failures of tailings dams have become more frequent as mining companies ramp up the scale of their operations to feed the world's growing hunger for commodities. The increase in production means miners need to build bigger dams to contain the waste that is a byproduct of mining.

While failures of tailings dams have broadly declined in the past few decades, collapses defined as "serious" or "very serious" -- the latter defined as having a release of at least one million cubic meters of tailings, or about 35 million cubic feet, traveling more than 20 kilometers, or about 12.5 miles, or causing multiple deaths -- have increased, according to studies by Mr. Chambers and his research partner Lindsay Newland Bowker.

The increase is also the result of a general decline of the amount of ore in the ground, researchers say. Less ore means miners need to dig up more dirt and rock, leading to more tailings. Mining companies produced 8.5 billion metric tons of tailings in 2017, up from 7.4 billion tons in 2010 and four billion in 2000, according to Gavin Mudd, an engineering professor in Australia who's studied sustainable mining practices.

Researchers blaming cost considerations in tailings-dam collapses point to the type of dams mining companies choose to build. Specifically, they single out the most widespread design, known as "upstream," which involves piling waste from the mine toward the tailings pond itself, raising it to new levels as the dam grows in size. It is the cheapest design -- and the most prone to failure, experts say.

"Upstream is cheaper because you don't need as much material," said Mr. Mudd, an environmental engineering professor at Australia's RMIT University.

Mr. Chambers estimates upstream dams are roughly one-half to one-quarter as expensive as designs he and other researchers say are safer, such as so-called downstream dams, which are built outward from the tailings pond and have a bulkier design. Both the Vale dam that collapsed Friday and the Vale-BHP dam that failed in 2015 were upstream dams.

Upstream dams are banned in earthquake-prone Chile. But they are popular elsewhere and show no signs of being phased out. Among the 12,000 tailings dams in China, 95% were constructed with upstream method, according to a 2017 United Nations study.

Climate change also poses a threat. While tailings dams are designed to be built to last for centuries and withstand extreme weather, many don't. Intense rainfall was responsible for one-quarter of tailings-dam incidents in the world, according to a 2008 study.

Among the difficulties facing tailings-dam engineers is that, rather than standard water dams, they are almost constantly in flux as they expand them to contain additional tailings. They often grow larger than originally intended as the miner pushes the limits of the resource to produce more ore, a process that also shovels out more waste.

To be sure, even seemingly resilient tailings dams can fail. Canada, home to one of the world's most advanced mining sectors, saw one of its worst environmental disasters in 2014 when Imperial Metals Corp.'s Mount Polley dam collapsed. Some 280 million cubic feet of gold and copper byproduct poured into a pair of glacial lakes in British Columbia, temporarily cutting off local drinking-water supplies. No one died.

Write to Scott Patterson at scott.patterson@wsj.com 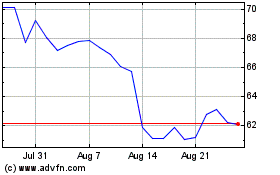 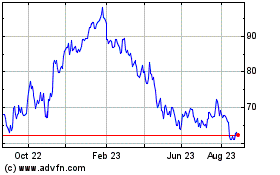 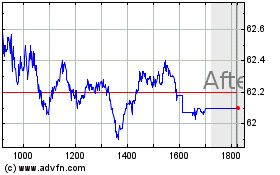