On January 1, 2021, the board of directors (the “Board”) of Ping Identity Holding Corp. (the Company”) increased in the size of the Board from nine to ten directors and appointed Paul E. Martin as a member of the Board to fill the resulting vacancy. Mr. Martin will serve as a Class II director until the Company’s 2021 Annual Meeting of Stockholders and until such time as his successor is duly elected and qualified, or until his earlier death, resignation or removal. Mr. Martin was also appointed to serve on the Audit Committee of the Board.

Paul E. Martin, 62, served as senior vice president and chief information officer for Baxter International Inc. from January 2011 to October 2020, where he had global responsibility for information technology strategy, operations, security, and processes. Previously, Mr. Martin served as chief information officer for Rexam plc (“Rexam”), the U.K. based consumer packaging manufacturing company. During Mr. Martin’s 11 years with Rexam, Mr. Martin served in a variety of key senior management positions, including head of information technology for American National Can Group Inc. (which was acquired by Rexam).  Prior to Rexam, Mr. Martin held information technology leadership positions at the CIT Group Inc., BNSF Railway Company and Frito-Lay, Inc. Mr. Martin was the recipient of the 2020 Chicago CIO of the Year Leadership ORBIE Award. In 2017, he was named to the CIO Hall of Fame by CIO Magazine for IT innovation and business leadership and was recognized in Black Enterprise’s 2017 Most Powerful Executives in Corporate America. In 2014, Mr. Martin was named among the "100 Diverse Corporate Leaders in STEM" by STEMconnector and was previously recognized as a Business Leader of Color by Chicago United. Mr. Martin received a Bachelor’s Degree in Management Information Systems from Western Kentucky University.

In connection with Mr. Martin’s appointment, the Company will enter into its standard form of indemnification agreement with Mr. Martin, the form of which was filed as Exhibit 10.8 to the Company’s Registration Statement filed with the Securities and Exchange Commission (the “SEC”) on Form S-1 on August 23, 2019. Mr. Martin was nominated as a director pursuant to the Director Nomination Agreement, dated as of September 23, 2019, by and among the Company, Vista Equity Partners Fund VI, L.P., Vista Equity Partners Fund VI-A, L.P., VEPF VI FAF, L.P. and VEP Group, LLC, which was filed as Exhibit 10.1 to the Company’s Current Report filed with the SEC on Form 8-K on September 24, 2019. Mr. Martin was not selected as a director pursuant to any other arrangements or understandings with the Company or with any other person. 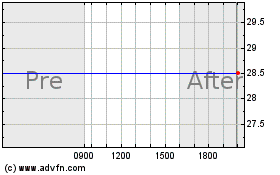