Pursuant to that certain Agreement and Plan of Merger (the “Merger Agreement”), dated as of September 6, 2021, among Invitae Corporation (the “Company”), Cayman Merger Sub A Inc., a Delaware corporation and a wholly-owned subsidiary of the Company (“Merger Sub A”), Cayman Merger Sub B LLC, a Delaware limited liability company and a wholly-owned subsidiary of the Company (“Merger Sub B”), Ciitizen Corporation, a Delaware corporation (“Ciitizen”), and Fortis Advisors LLC, solely in its capacity as the representative, exclusive agent and attorney-in-fact of the holders (the acquisition transaction contemplated by the Merger Agreement, the “Ciitizen Transaction”), the Company will issue approximately 7,070,000 shares of its common stock, $0.0001 par value per share (“Common Stock”), on the closing date of the Ciitizen Transaction, in reliance upon the exemption from registration provided by Section 4(a)(2) of the Securities Act of 1933 (the “Securities Act”). The Company is relying on this exemption from registration based in part on representations that will be made by stockholders of Ciitizen receiving shares of Common Stock in the Ciitizen Transaction.

In addition, on July 19, 2021, the Company issued 988,751 shares of Common Stock, which included 169,330 shares subject to a 12-month holdback and 461,809 shares of deferred stock consideration, pursuant to that certain Membership Interest Purchase Agreement (the “Purchase Agreement”), dated July 19 2021, among the Company, Kamal Gogineni and Rakesh Patel (together, the “Sellers”), and Kamal Gogineni, as Sellers’ representative, pursuant to which the Company acquired 100% of the membership interests of Medneon LLC, a Delaware limited liability company (“Medneon” and such transaction, the “Medneon Transaction”). The shares of Common Stock issued in the Medneon Transaction were issued in reliance upon the exemption from registration provided by Section 4(a)(2) of the of the Securities Act. The Company relied on this exemption from registration based in part on representations that were made by the Sellers.

The information in Item 7.01 of this Current Report on Form 8-K, including Exhibits 99.1 and 99.2, shall not be deemed to be filed for purposes of Section 18 of the Securities Exchange Act of 1934 (the “Exchange Act”), or otherwise subject to the liability of that section, and shall not be incorporated by reference into any registration statement or other document filed under the Securities Act or the Exchange Act, except as shall be expressly set forth by specific reference in any such filing.

In connection with the Ciitizen Transaction, the Company will grant restricted stock units for an aggregate of up to approximately 8,125,000 shares of Common Stock (the “Inducement Awards”), or approximately $225 million in Inducement Awards (based upon a trailing average closing price prior to the date of the Merger Agreement), to certain employees of Ciitizen in connection with and as an inducement to their post-closing employment by the Company (each, a “Continuing Employee”), pursuant to time-based restricted stock unit award agreements (the “RSU Agreements”). Under the RSU Agreements, the Company will issue shares of Common Stock to the Continuing Employees at such times, and upon such conditions (including with respect to the vesting of such shares), as are set forth therein.

The Inducement Awards will be granted as inducement awards in compliance with New York Stock Exchange Rule 303A.08 and pursuant to a pool solely for inducement awards established under the Invitae Corporation 2015 Stock Incentive Plan, which pool is being amended to increase the available shares of Common Stock in connection with the Ciitizen Transaction. 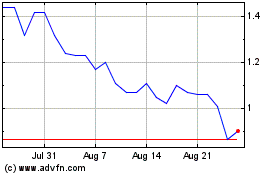 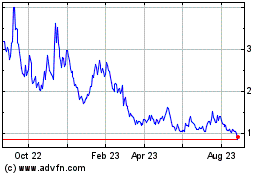 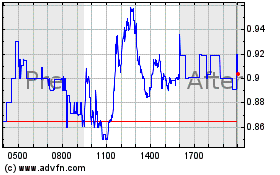