DENVER, June 16, 2021 /PRNewswire/ -- Farmland Partners Inc. (NYSE: FPI) (the "Company" or "Farmland") today announced that the Maryland Circuit Court for Baltimore City has dismissed pending shareholder derivative claims brought by two Farmland shareholders against the Company, its officers and board of directors.

Plaintiffs' demands arose from a "short-and-distort" attack on Farmland, in which an anonymous short-seller writing under the pseudonym "Rota Fortunae" later disclosed as Quinton Mathews, published an article on Seeking Alpha alleging fraud at the Company, including allegations that the company had improperly failed to disclose certain loans that it had made to farmers as material related-party transactions.  As its author and his co-conspirators intended, the post caused a substantial decline in the Company's stock price.  In the days after the post was published, the Company investigated the allegations, concluded that they were unfounded, and released a detailed public response rebutting the allegations.  The Company later sued Rota Fortunae for defamation, disparagement, intentional interference with prospective business relations, unjust enrichment, and violations of the Colorado Consumer Protection Act (the "Rota Fortunae Action").  Rota Fortunae's motion to dismiss the Rota Fortunae Action was denied and that case remains ongoing.  As a result of the publication of the false and misleading article, a federal securities class action was filed against the Company, its CEO Paul Pittman, and its CFO Luca Fabbri, adopting some of Rota Fortunae's allegations (the "Turner Action").  That case remains ongoing, as well.

The Court's Ruling in Favor of Farmland Partners Inc. and Other Defendants

The Court consolidated the two cases and Plaintiffs filed a consolidated shareholder derivative complaint (the "Complaint").  The Company then moved to dismiss the Complaint, arguing that the Complaint failed to plead facts showing either that  the board's investigation in response to the demands was not conducted independently and in good faith or that the board's decision not to pursue claims based on Rota Fortunae's allegations was unreasonable.  The Court agreed and granted the Company's motion to dismiss for lack of derivative standing finding that Plaintiffs failed to plead facts showing that the Board acted wrongfully when it refused Plaintiffs' Demands.

First, the Court concluded that Plaintiffs "failed to establish facts that show more than mere suspicions that Plaintiffs' litigation demands were wrongfully refused in regard to the board's duty to conduct an investigation or otherwise act on an informed basis."

Second, the Court concluded that Plaintiffs "failed to state facts" showing "more than mere suspicions that Plaintiffs' litigation demands were wrongfully refused in regard to the Board's obligation to carry out its fiduciary independently and in good faith."

Finally, the Court found "no founded claims which allege that the Board did not honestly believe" it was "acting in the best interest of Farmland Partners in their decision to refuse Plaintiffs' litigation demands."

Having found no factual support for Plaintiffs' claims that the board wrongfully refused the Demands, the Court ordered that Luger and Hustedde's claims be dismissed.

"This is one step closer to putting the entire short and distort attack behind us," said Paul A. Pittman, the Company's Chairman and CEO.  "We will continue to work towards a successful resolution of the Rota Fortunae and Turner Actions until we can finally eliminate unnecessary litigation costs and obtain justice for the Company and its shareholders." 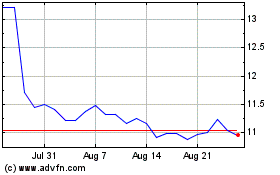 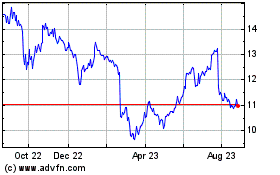 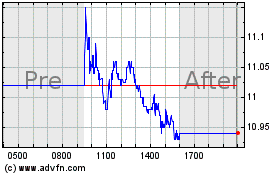